The slowdown in the auto industry has hit Royal Enfield hard, with Eicher Motors reporting a more than 21 per cent fall in net profit. Revenue also declined by over 6.8 per cent in the same period. 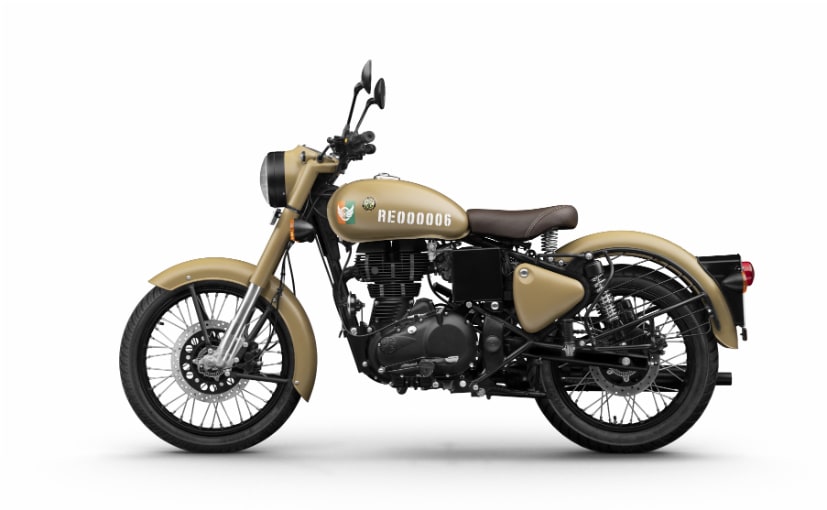 Eicher Motors, the parent company of motorcycle brand Royal Enfield, has reported a 21.6 per cent fall in net profit in the first quarter of the current financial year. In the April - June period, Eicher Motors has reported ₹ 452 crore net profit after tax in Q1 of FY2019, as against ₹ 576 crore in the corresponding period a year ago. The company's total revenue declined by 7 per cent to ₹ 2,382 crore in the same quarter, as against ₹ 2,548 crore a year ago, in April-June, 2018. Earnings before interest, tax, depreciation and amortization came in at ₹ 614 crore, down 24 per cent, compared to ₹ 810 crore in the same period a year ago.

"The two-wheeler and the CV industry continue to face headwinds on account of weak consumer demand, " said Siddhartha Lal, Managing Director of Eicher Motors. "Our preparedness for the BS-VI transition continues to be on track and we are on course to meet regulatory timelines. In the CV industry, sales have been low due to the weak demand on account of economic slowdown and liquidity and it is also witnessing heavy discounting."

Commercial vehicle sales may be one thing, but Royal Enfield, Eicher Motors' profitable motorcycle brand, is also feeling the pressure. Sales of Royal Enfield motorcycles, the undisputed leader in the 350-500 cc motorcycle segment, has been under pressure for the past several months, after a prolonged positive sales run in the last couple of years. However, since the beginning of 2019, Royal Enfield has been posting negative growth with volumes far from the glory days when monthly sales had touched over 70,000 units. In the period from April to June 2019, Royal Enfield sold 1,81,966 motorcycles, registering a decline of 19 per cent from 2,25,286 motorcycles sold over the same period in the last financial year.

"The demand in two-wheeler industry remains weak due to slowing economic growth, tightening liquidity and regulation driven price increases, that have led to poor consumer sentiment. At Royal Enfield, we remain focused on our key priorities, which is to deepen our markets in India and to strengthen our position as a global consumer brand. To reinforce our distribution network in India, we are working on building a network of compact retail format stores. Royal Enfield Studio Stores will be an important step towards building better accessibility across smaller towns and cities in India and allowing discerning consumers to experience the complete Royal Enfield pure motorcycling ecosystem. We will also be introducing new motorcycle variants in the coming months to widen our offering and provide greater accessibility to our discerning customers," said Vinod Dasari, CEO, Royal Enfield.

During the first quarter, Royal Enfield continued to strengthen its presence in international markets. Royal Enfield entered South Korea by launching its first exclusive store in Seoul, and also added two new stores in Brazil, and one each in Argentina, Indonesia and Vietnam. The 650 Twin motorcycles continue to gather great response from customers across the globe. During the quarter, the Interceptor and the Continental GT 650 were launched in Indonesia, Vietnam and Malaysia and have been received extremely well. Royal Enfield aspires to be the global leader in the mid-sized motorcycle segment, spanning 350-650 cc.