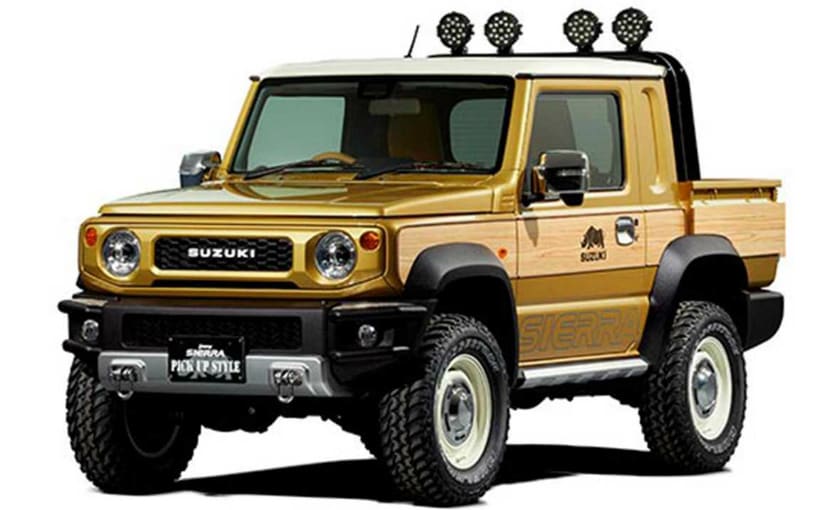 The Suzuki Jimny has been one of the most popular cars on the internet in 2018 due to its lovable dimensions, upright SUV stance and retro styling. While it looks like a Mini Defender or a Mini G-Class, the Suzuki Jimny with its 4-wheel-drive layout does manage to out handle much larger SUVs off the road too. And now, to add to the Jimny family, Suzuki has showcased a new concept pickup version of the likable little subcompact SUV. The new concept, called the Jimny Safari, will be showcased at the Tokyo Auto Salon 2019 in January, one of the only shows in the world that match the likes of the SEMA show in Las Vegas in terms of aftermarket solutions for cars. While there is certainly a large number of people in India who would love to get their hands on a Jimny, Maruti Suzuki has already said that there are no plans to launch the small subcompact SUV in India anytime soon. 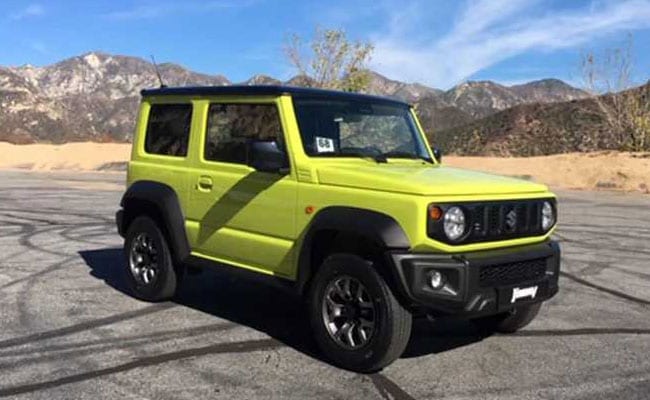 (Suzuki Jimny in it's standard avatar)

The new Jimny Sierra - or Jimny Sierra Pickup Style, which is the car's full name features a very classic, almost first gen Toyota Land Cruiser like look. The Jimny Sierra gets a different front bumper, a new grille with a text based Suzuki logo and a silver skid plate up front with dual hooks. The car also gets unpainted plastic flared wheelarches, a silver painted side panel or rock guards and a piped roll hoop at the rear with four LED driving Lamps. The Jimny Sierra also gets a wood panel side, which will most likely be a vinyl decal and not real wood panelling as on the likes of older - especially American wagons and early SUVs.

The two door layout continues with the rear seats and rear storage area replaced by a separate loading bed area. The Suzuki Jimny Sierra also gets a set of classic looking steel wheels with chrome central hub caps or wheel caps to complete the look. The wheels have been painted in a shade of while and offsets well with the classic golden shade on the body and the while roof. While this might not be a production version of the car, I personally certainly prefer this to the standard Jimny anyday!