Ashok Leyland will be showcasing an electric vehicle with battery swap technology in the coming days. 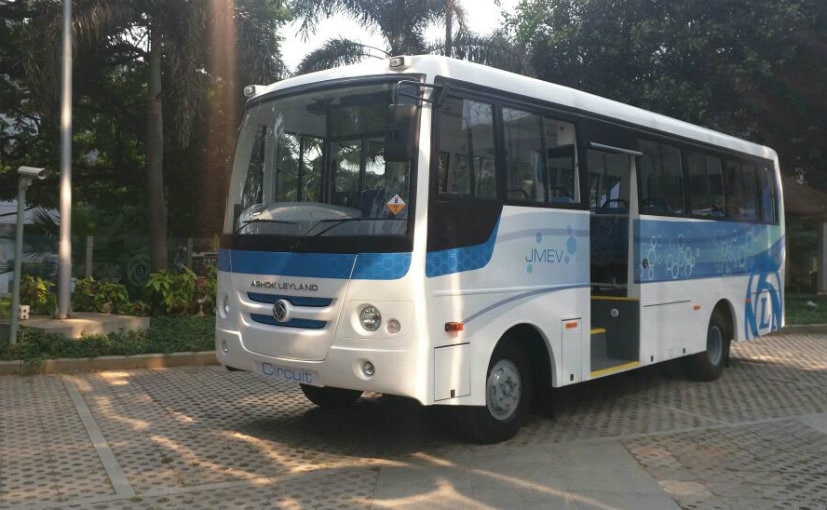 Yesterday, State Transport Minister M R Vijayabhaskar conducted the trial run of the electric vehicle, along with the department's principal secretary PWC Davidar, officials of Ashok Leyland and Metropolitan Transport Corporation. "The vehicle performed well during the trial run. The government will take up initiatives to introduce electric bus service permanently" the Minister had said.

Venkatraman said the company introduced the electric vehicle in October last year and has been talking to various governments for providing the service. "We are talking with various governments right now. Those discussions are on. The vehicle is now available for commercial launch." he told PTI.

Stating that the company can manufacture the vehicles at any of Ashok Leyland's manufacturing facilities, he said depending upon customer requirements it will be produced. "Right now, we are producing from Viralimalai (Tamil Nadu) and Alwar in Rajasthan. Depending upon customer's requirement we can produce them at our factories", he said. Asked on the company's overseas operations in Electric Vehicle business, he said Ashok Leyland already operates such buses in London under "Optare" brand.

The buses can be produced on multiple platforms depending upon the customer's requirement, he said. Ashok Leyland showcased the electric vehicle CIRCUIT in October 2016. The buses equipped with fire detection and suppression system can travel upto 120 kilometrs on a single charge under standard test conditions.