These are the 10 most fuel efficient bikes in the country returning more kilometres per litre. 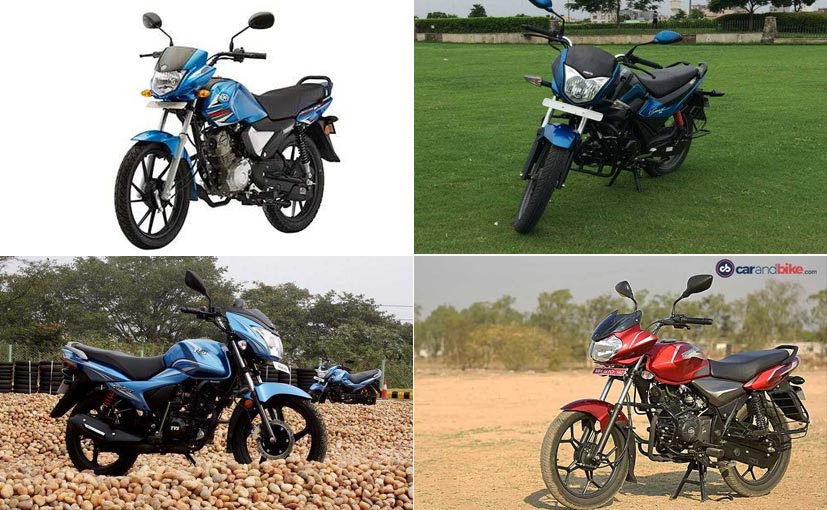 With petrol prices fluctuating time and again, it's difficult to keep fuel expenses in check every month. Nevertheless, it certainly helps when your motorcycle manages to offer more kilometres per litre. With my being an important part of last mile connectivity in our country, we take a look at the most fuel efficient bikes in India that offer more value for each litre filled.  So, while fill it, shut it, forget it, may not be the norm anymore, you can surely think about it a lot less than you would like to. Taking the company claimed figures into account, here are the top 10 most fuel efficient bikes in India.

A product almost synonymous with efficiency and reliability, the Hero Splendor is by far the most fuel efficient motorcycle in the country returning a claimed 102.5 kmpl. The triple-digit figure certainly sounds unbelievable, but Hero says the efficiency has been achieved by combining the 97.2 cc, single-cylinder, air-cooled engine with the manufacturer's i3S or Idle Start-Stop system. A first for two-wheelers, the technology will turn off the engine when the bike is idle for a few seconds, and restart it again once the clutch is pressed. With the engine already being an efficient one, the Splendor i3S breaks a new record in minimal fuel consumption.

The older sibling to the CT 100, the Platina 100 ES is a popular entry-level commuter from the Bajaj stable and also the company's best-selling offering in the segment. Unlike the CT 100, the Bajaj Platina100 ES gets the DTS-i twin-spark motor that offers improved combustion, which burns fuel more efficiently. Furthermore, the bike also gets an optimised suspension set-up badged as ComforTec, which offers longer travel over that of the competition, making for a pliant ride quality. Like the other fuel efficient offerings, the Bajaj Platina 100 ES is also powered by a 102 cc single-cylinder, air-cooled engine.

The TVS Sport is the Hosur-based bike maker's commuter offering and and has been around for a while. The entry-level bike manages to offer cost-effective ownership and helping owners achieve the same is a claimed fuel efficiency of 95 kmpl. The bike comes with the 99.77 cc single-cylinder, DuraLife engine that comes with reduced friction in components to minimise stress and maximise fuel economy. It also helps the TVS Sport comes with chrome elements, electric start, alloy wheels and more, which makes it a lucrative choice in the segment. The Sport is priced at ₹ 39,963 (ex-showroom, Delhi).

Like we told you, the Hero Splendor has always been known for its efficiency and reliability and the standard versions aren't too far from the i3S variant on terms of fuel economy. The 97.2 cc single-cylinder, air-cooled engine gets improved components that aid in achieving a higher efficiency figure. The bike, as a result, is able to return 93.2 kmpl, which is still one off the best by segment standards.

Bajaj Auto's entry-level offering is also its most fuel efficient ever. The Bajaj CT 100 is popular name in the company's stable, largely known for its aggressive pricing and a highly fuel efficient engine. The Bajaj CT 100 returns a claimed fuel efficiency of 99.1 kmpl, only slightly lower than the Splendor i3S. Unlike the latter though, the CT 100 is not equipped with the start-stop system that improve efficiency. The CT 100 is offered in multiple variants with prices starting as low as ₹ 32,000 (ex-showroom, Delhi).

Sharing its underpinnings with the Splendor range, the Hero HF Dawn and Deluxe are the company's entry-level 100 cc motorcycles and use the same 97.2 cc single-cylinder, air-cooled engine tuned for nearly 8 bhp. With a similar weight, the HF range is capable of returning 88.5 km to a litre. The Hero HF Deluxe Eco though promises closer real world efficiency figures, being equipped with low rolling resistance tyres. The HF Deluxe also comes with the i3S start-stop system borrowed from the Splendor series for better fuel economy.

While Yamaha is known for its performance offerings, the company does have presence in the commuter 110 cc motorcycle segment with the Saluto RX. The bike is Yamaha's most affordable bike on sale at present, with the 110 cc single-cylinder, air-cooled engine, a bored down version of the Saluto 125's mill. The engine has been optimised to aid efficiency, while a low kerb weight makes it a peppy offering off the line. Yamaha claims a fuel efficiency of 82 kmpl on the Saluto RX, making it one of the most economical bikes in the 110 cc segment.

Launched earlier this year, Bajaj Auto re-entered the 110 cc segment with the new Discover. The bike uses a new long-stroke engine with the power band optimised to offer more power at lower revs, and maximise fuel efficiency. As a result, the bike returns a claimed fuel efficiency of 76 kmpl, which is better than several 110 cc offerings but on par with the TVS Victor, Suzuki Hate and the likes. The Bajaj Discover 110 is also priced attractively at ₹ 52,326 (ex-showroom, Delhi), which makes it a lucrative choice in the segment.

TVS Motor Company resurrected the Victor nameplate in 2016 with an all-new 110 cc motorcycle, targeted at urban and semi-urban markets. The bike was launched with a host of goodies, with several being segment first features, while the engine has turned out to be quite efficient as well. The new TVS Victor uses a 109.7 cc single-cylinder, 3-valve engine tuned for 9.6 bhp and 9.4 Nm of peak torque. The bike also comes with warning lamps, disc brake and tubeless tyres. With a claimed efficiency of 72 kmpl, the TVS Victor is more of a bang-for-the-buck motorcycle.

Mahindra Centuro Rockstar
₹ 48,935 *
View More
Subscribe to Our Newsletter
Over 1.5+ Lakhs subscribers
Thank you for Subscribing to Us