While the new Toyota Mirai hydrogen fuel cell car comes with 30% greater range, it is still beyond the budget of most drivers at about 5 million yen ($48,000) even after more than $10,000 in Japanese government subsidies. 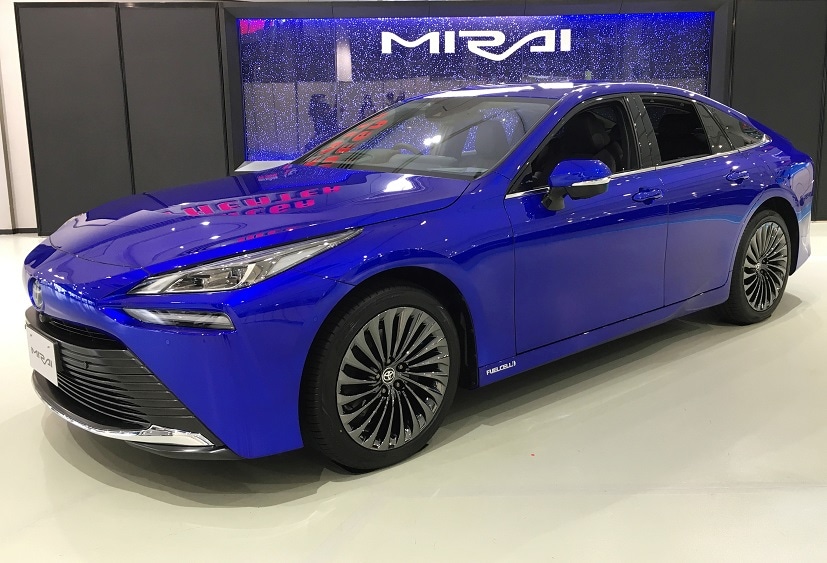 Japan's Toyota Motor Corp put its revamped Mirai hydrogen fuel cell car, with 30% greater range, on sale on Wednesday in a fresh push to promote the zero-emission technology amid rapidly growing demand for electric vehicles, including its own. Toyota has failed until now to win drivers over to fuel cell vehicles (FCV), which remain a niche technology despite Japanese government backing, amid concerns about a lack of fuelling stations, resale values and the risk of hydrogen explosions.

The new Mirai launch comes after Prime Minister Yoshihide Suga announced a goal in October to cut Japan's carbon emissions to zero by 2050, in line with a European Union target and ahead of a pledge by Chinese President Xi Jinping to make his country "carbon neutral" by 2060. "The use of hydrogen is going to be an important factor in achieving carbon neutrality," Yoshikazu Tanaka, Mirai's chief engineer said. The car, he added represented a "departure point" for a broader use of hydrogen fuel cells beyond cars.

Hydrogen backers say it is cleaner than other carbon cutting technologies because water and heat are the only byproducts and it can be made from sources, including methane, coal, water, even garbage. Resource-poor Japan also sees it as a route to energy security.

By the end of September Toyota, however, had sold only 11,100 of its first generation Mirai, almost six years after its launch. Most other automakers have eschewed the technology in favour of electric vehicles (EV), with only Honda Motor Co and Hyundai Motor in neighbouring South Korea competing in hydrogen FCVs. 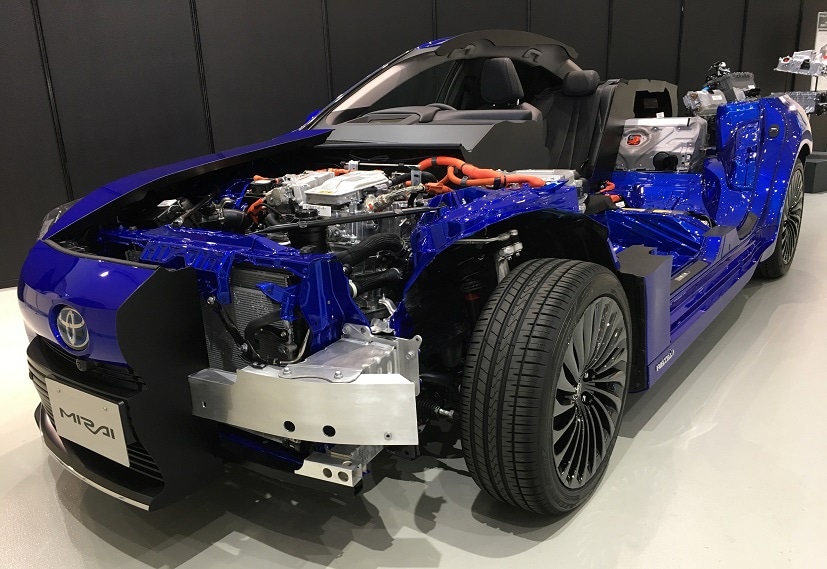 Toyota said it planned to increase the production capacity for all FCVs, including buses and trucks, to 30,000 a year from 3,000

The new Mirai, like its predecessor, is still beyond the budget of most drivers at about 5 million yen ($48,000) even after more than $10,000 in Japanese government subsidies.

Rather than produce a cheaper car, Toyota said it wants to lure drivers with longer range - enough to drive around 800 kilometres (497 miles) without refueling - added features such as autonomous parking and a lower, sleeker design achieved by moving the hydrogen power unit to the front of the vehicle from under the car.

Accompanying the Mirai's launch Toyota said it planned to increase the production capacity for all FCVs, including buses and trucks, to 30,000 a year from 3,000.

That output, however is still far behind sales of electric vehicles. In 2019, automakers sold 2.1 million electric cars alone, 40% more than the previous year, according to the International Energy Agency.

Toyota had planned to use the postponed 2020 Olympic Games in Tokyo to showcase its fuel cell technology, with 100 buses meant to shuttle visitors between venues. The games organizer also planned to power the Olympic flame with hydrogen.

Toyota's best chance of selling the Mirai and other FCV may, however, be in neighbouring China, where it has an FCV partnership with Guangzhou Automobile Group (GAC) and FAW Group. There are around 7,000 FCVs are on the road in the world's biggest automarket, versus more than 4 million EVs.

China, which is aiming for more than 1 million FCVs in service by 2030 compared with a Japanese target for 800,000, in September announced fresh support measures for FCVs that included requiring projects receiving government subsidies to boost the number of hydrogen-charging stations and make efforts to cut fuel prices.