This time around we get a much closer look at the test mule of Hyundai's upcoming Creta-based 7-seater SUV, which is seen with a new cascading grille and new alloy wheels. 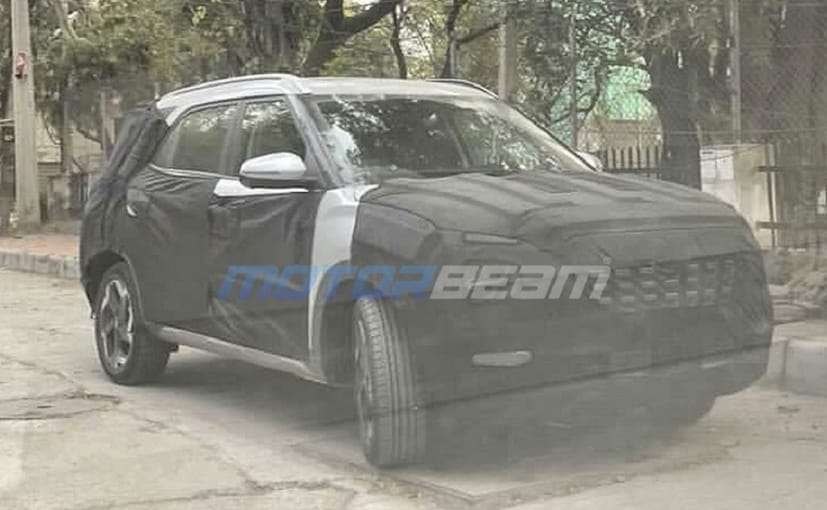 View Photos
The new 7-seater SUV, based on the Hyundai Creta, could be named Alcazar in India

Hyundai's upcoming 7-seater SUV, based on the second-generation Creta, has been spotted testing in India again, and this time around we get a closer look at the test mule. The SUV was first spotted in India back in December 2020, and it is expected to make its global debut later this year. As for its name, right now there is no update on whether the Creta moniker will be used or not, however, a few months back, Hyundai trademarked the name Alcazar in India, and that could very well be the official name.

Visually, we now also get to see the front section of the SUV in these new images, however, most of it is covered with camouflage. That said, we do get a glimpse of the new cascading grille which will come with a new mesh pattern, but most of the styling bits will be similar to the Creta, including the split LED headlamps. However, we also expect to see some new elements like new dual exhaust ports, new LED taillamps, new alloys and more. In fact, the wheels on this test mule are similar to the ones seen on the Venue. Based on previous spy photos, the 7-seater Hyundai Creta will also come with front parking sensors, roof rails and revised bumpers. 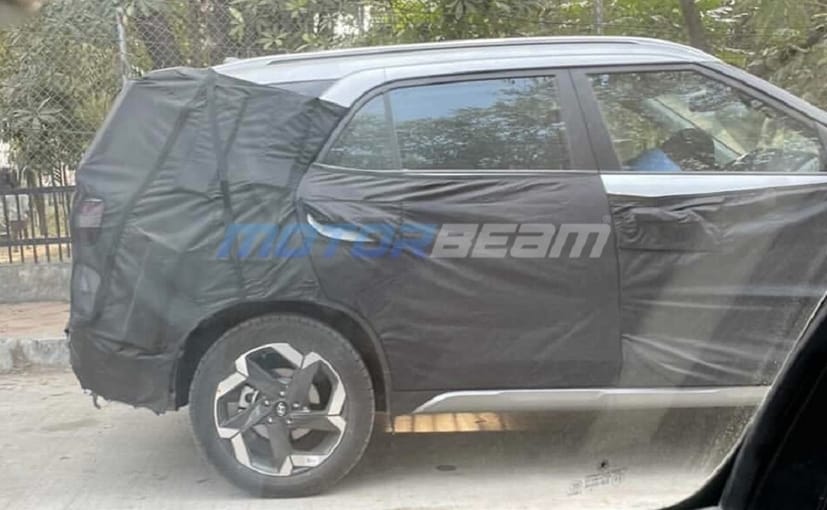 In terms of dimensions, the new SUV will also be longer than the existing Hyundai Creta to accommodate the third row, and we also expect to see some visual changes made to the cabin. Rumour has it that the new Hyundai Creta based 7-seater SUV will be longer by 30 mm overall and it will have a 20 mm longer wheelbase. As for features, most of the elements like the touchscreen infotainment system with BlueLink connected car tech, ventilated seats, flat-bottom steering wheel and others, are expected to remain unchanged.

Powertrain wise, the new Hyundai 7-seater SUV is likely to borrow the petrol and diesel mills from the 5-seater Creta, which gets a pair of 1.5-litre petrol and diesel engines, along with a 1.4-litre GDI turbocharged petrol motor in India. It is also likely to get the same transmission choices. Hyundai will be the newest manufacturer to introduce a 3-row version of its existing compact SUV, after the MG Hector Plus and the soon-to-be-launched 2021 Tata Safari, which is based on the Harrier. At the same time, Jeep too is working on a 3-row version of the Compass.