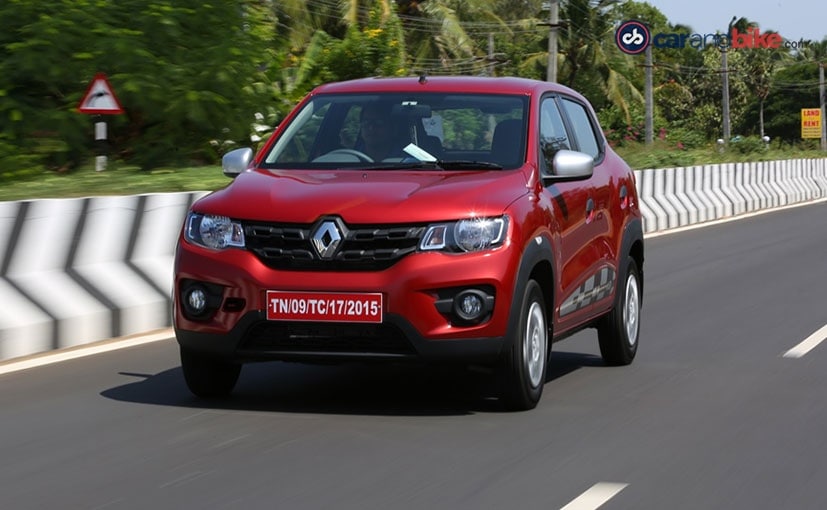 We have known for some time that Renault would launch a one-litre variant of its Kwid in India. If anything I had expected it to arrive even sooner than it has. But better late than never, as the benchmark entry-level small car (and indeed our worthy 2016 NDTV Car of the Year title holder) has cemented that position with the 1-litre offering. Read on to find out why. The Kwid's existing 0.8 litre engine has been reworked - by expanding its bore and stroke - to produce more capacity and indeed an extra 200 cc. 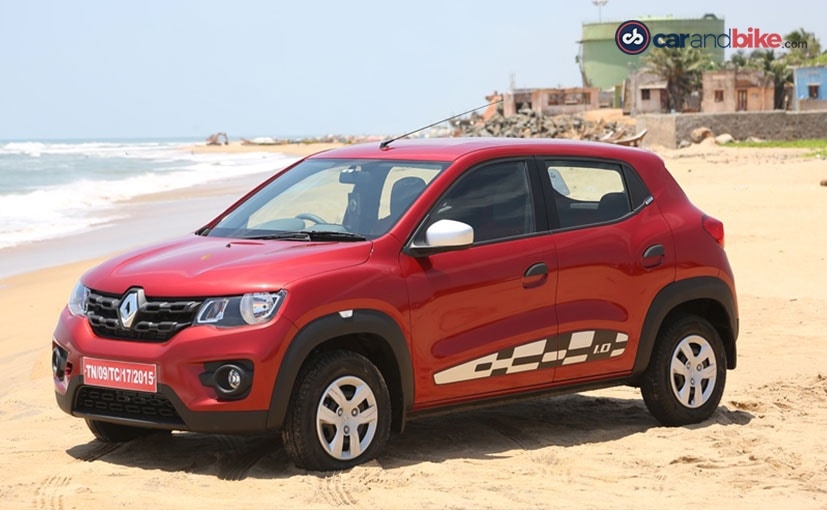 The power bumps up to 67 bhp and the torque is an impressive 91 Nm. Hold on to that figure. The first immediate impression you get when you begin driving the car is one of more apparent power. And here I have to unabashedly compliment Renault. It could very easily have chased the 'best-in-class-mileage' tag and erred on power or driveability. But even as the Alto K10 retains the segment-best mileage crown (24.07 kmpl) the Kwid 1.0 still manages a very healthy 23.01 kmpl. 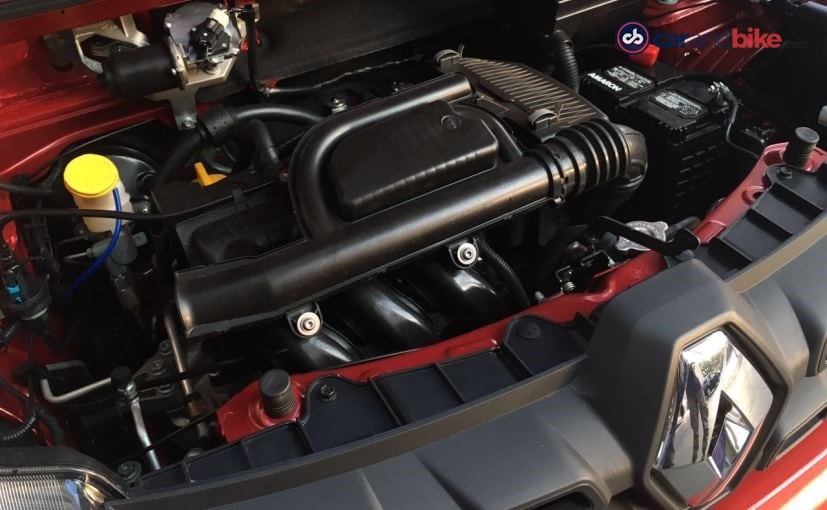 The second thing you realise almost instantly is that the car's engine is undoubtedly a 3 cylinder - given away by its wheezy, whistley note. While on the subject of noise, overall NVH levels do seem to have improved. I probed the engineers on this in a post-drive interaction to find that the timing chain has been reworked, so has the clutch, and the engine mounts too - all making the car seem slightly quieter than the 0.8 Kwid. 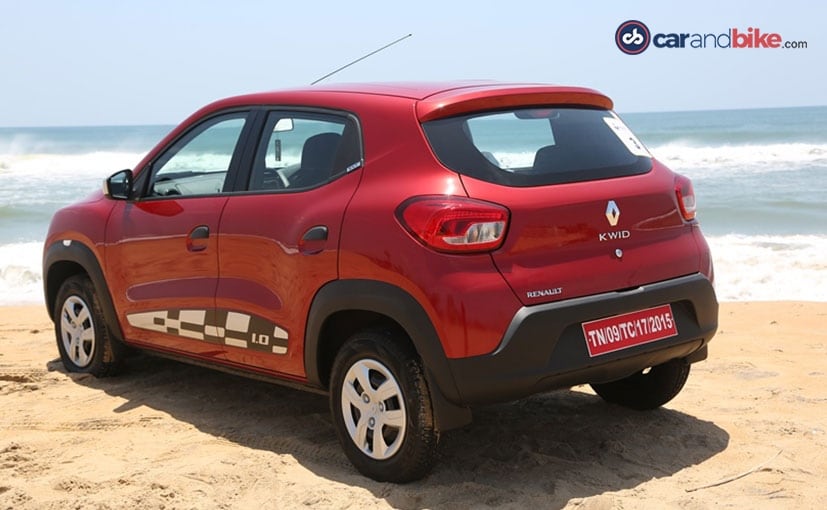 And the good news is these changes are being incorporated in the 0.8 variant too now, so expect that engine variant car to also get slightly quieter. I would like to see further efforts on sound damping though to drown out the 3-pot harshness and traffic noise that do still permeate the cabin.

The final thing you notice soon enough is how much torque the engine has. Now I was so curious about this, that I actually pulled over to look at the specs again. Peak torque kicks in only at 4250 rpm. But it feels like you are getting a lot of it early on. Again the engineers let me into why. Almost 20 Nm of torque is in fact available almost at word go, with a generous percentage then being available as low down as 1500 rpm. 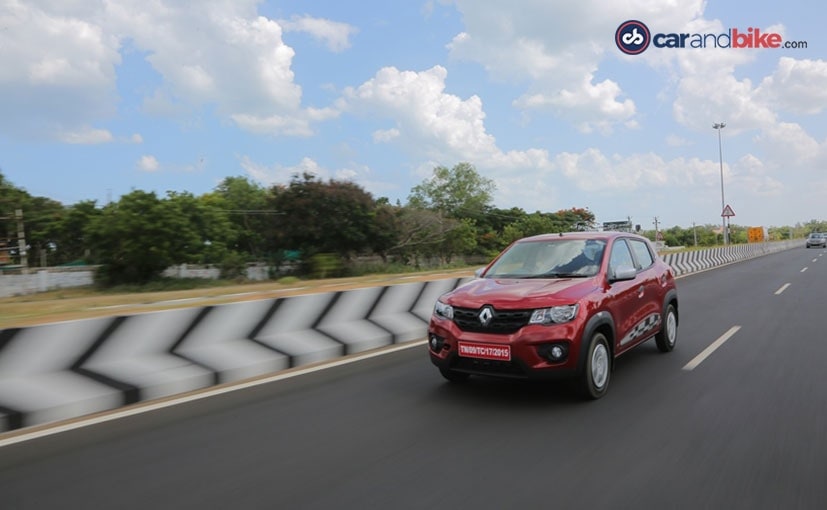 That allows for a good low-end and in turn great city driving characteristics. No frequent gear changes, and no stuttering of the engine - a symptom most entry cars owners usually have to live with. And that to me is why the Kwid 1.0 does help the nameplate retain absolute benchmark status. The car's handling and ride quality is exactly the same as the Kwid we now - hence a big USP. It also maintains its 180 mm ground clearance - a big plus. Gear changes are smooth and quick, and there is minimal vibration still on the gear lever and steering - again something the competition cars see a lot more of. 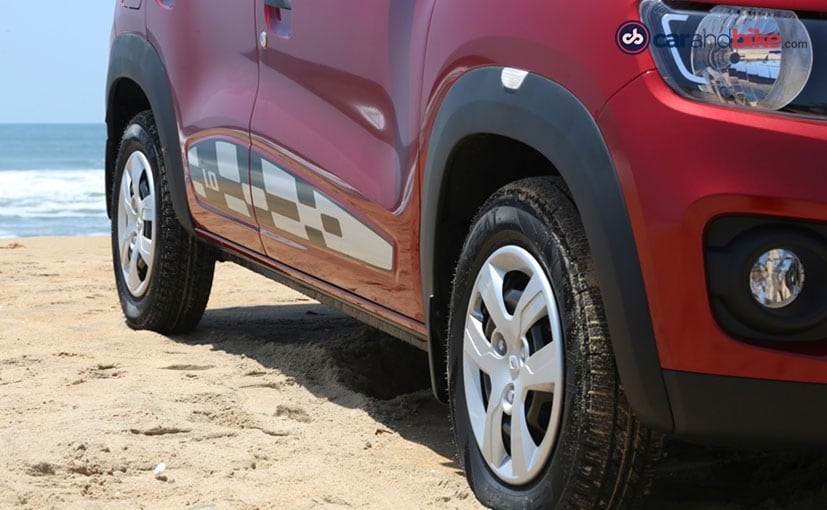 I was surprised by (and then impressed!) that there is no gimmick with this variant. Typically carmakers tend to bundle any new (higher) engine offering with a bunch of other premium/luxury features. This in a way justifies the price difference, and tries to entice buyers to move up the chain. Renault has not done anything of the sort, and so trims and variants remain the same. So the 1.0 doesn't get design changes or exclusive features. 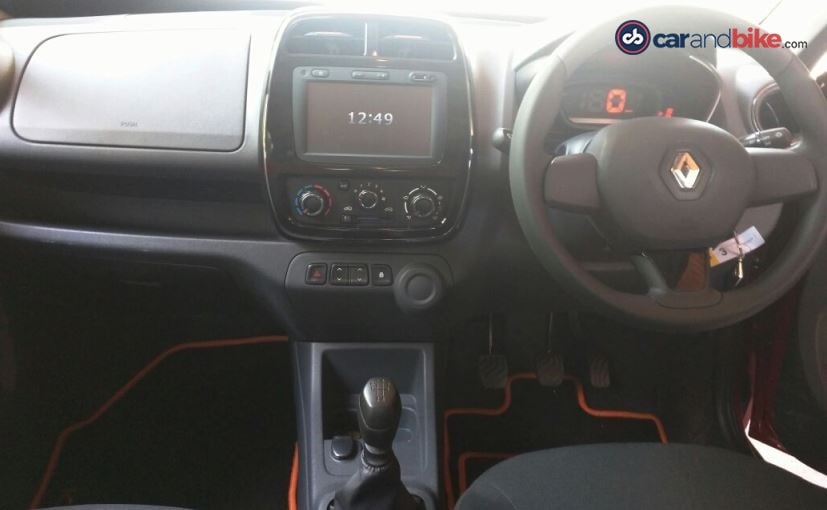 Not even a new 1.0-specific colour - which would've been nice actually! The only giveaways? 1.0-badged decals on the sides, and redesigned (slightly larger) exterior mirrors - finished in contrast silver. The new mirrors are better on visibility and the same shape (albeit unpainted in black plastic finish only) will soon be introduced to the 0.8. For now it's just the 1.0 that gets them. The price difference between the 800cc and the 1.0-litre variants of the Kwid then is just ₹ 22,000 (as compared to an average of Rs 40,000 or so difference between the Alto 800 and K10 variants) since the differentiator is just the powertrain and nothing else. 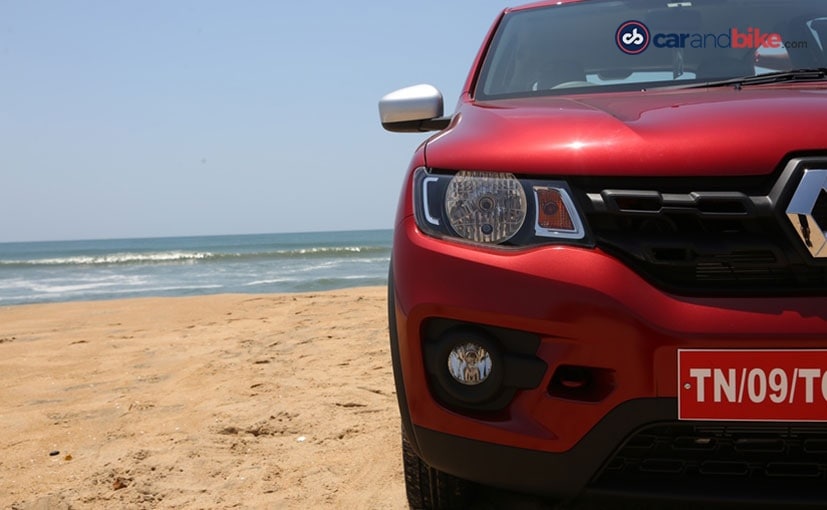 The silver finished ORVMs are one of the few cosmetic changes on the Kwid 1.0

Ending the long wait, Renault launched the Kwid 1.0 priced at ₹ 3.83 lakh (ex-showroom, Delhi). To my mind the 1.0 will not just compete with the Eon 1.0 or Alto K10, but also eat further into the Maruti Suzuki's Wagon R - a car whose sales have seen a slight dent from the Kwid 0.8 anyway. Let's not forget the Kwid also has a 300-litre boot, besides the bulkier 'SUV-esque' design and greater cabin space. In fact on attributes like space and ride quality, it will also likely give the Maruti Suzuki Celerio a run for its money - especially when the Kwid auto (AMT) arrives. 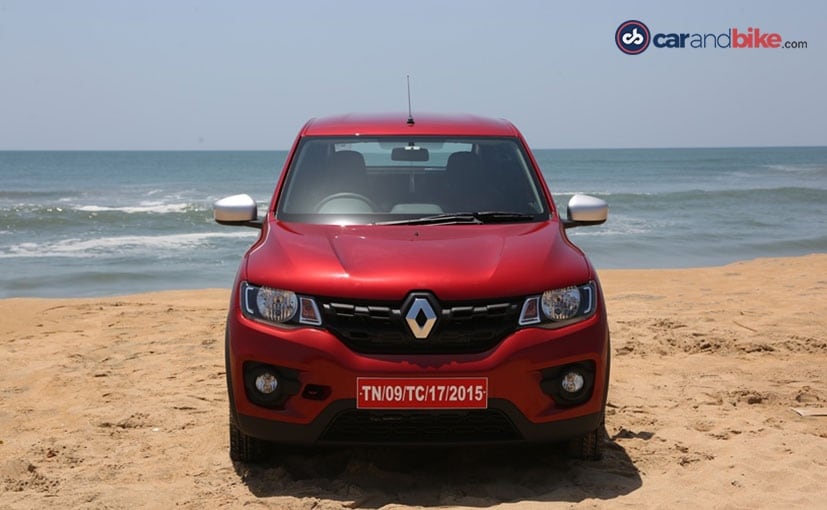 The variant list remains the same as before, though Renault India feels the 1.0 buyer will want to stay more premium and so for now is offering the new engine variant only in the higher trims - RXL and RXT. Renault says it will offer the 1.0 on the lower two variants as well - STD and RXE - only if there is customer demand for it. The new variant will no doubt put some pressure on Renault's production capacity as the demand for the Kwid remains strong as is. 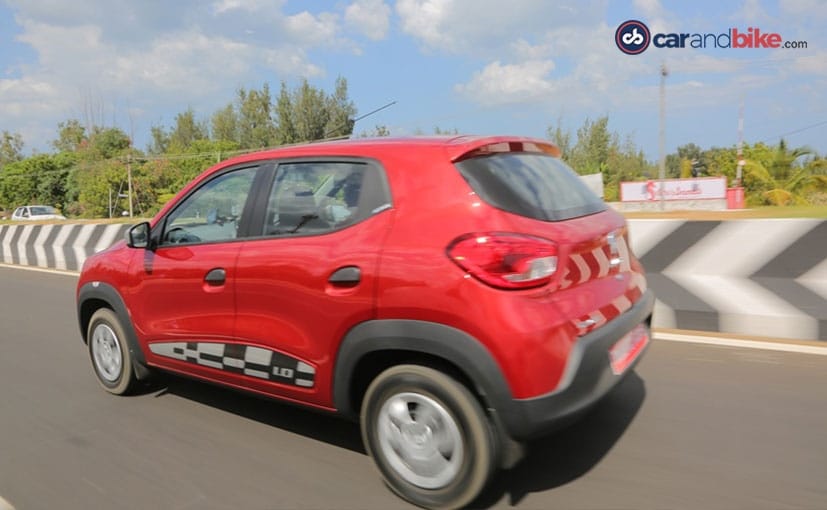 The new 1.0 variant is also backed by a 2-year, 50,000 kms warranty like its sibling. I would have liked to see the Kwid start to offer dual airbags as optional at least - and on not just the RXT trim (where currently its an optional driver side airbag only). Renault has introduced a new pretensioner system seatbelt on both engine variants - but again this is only optional on the RXT sadly. And there is no talk still of optional ABS. All of these things could propel the Kwid into another league altogether - and allow it to truly take on the likes of the Celerio, Wagon R and even the Tata Tiago perhaps. The top end RXT retains its MediaNAV touchscreen interface. And all variants do still get the digital instrument cluster that remains very appealing to younger buyers. 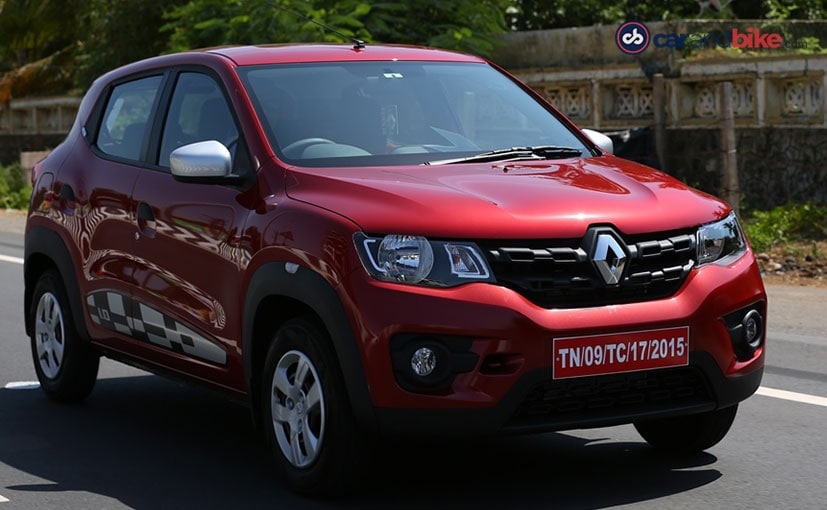 Renault is currently hard at work to try and also expedite the introduction of the AMT variant of the Kwid, which will be offered on the 1.0 variant only. I expect that car to be launched at the fag end of the festival period.

India was the lead market for the Kwid and so most of the development work - even on the 2 engines - has happened here. That includes working on the Brazil-market Kwid. The CMFA platform on which the Kwid is built is becoming a key driver of growth for Renault worldwide. With the 1.0 Kwid now also rolling out in Brazil, expect that to grow further. Especially when other CMFA platform products start to break cover - where too India will hopefully take much of the lead.