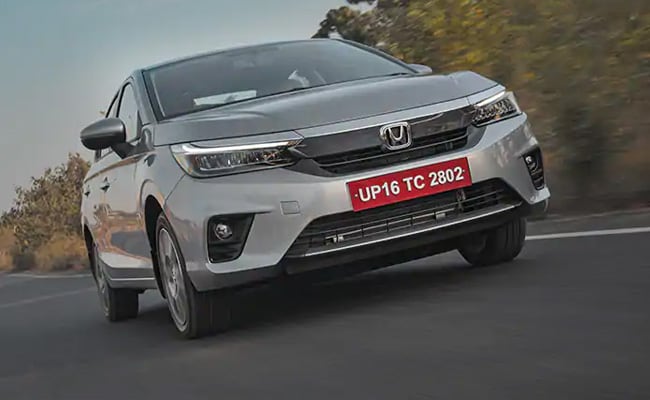 Honda Cars India has released its monthly sales numbers for January 2021. Last month, the company sold 11,310 vehicles in India, registering a 114 per cent growth compared to 5,299 units sold a year ago, in January 2020. However, compared to 8,638 vehicles that were sold in December 2020, the company witnessed a Month-on-Month (M-o-M) growth of almost 31 per cent. As for exports, the numbers nearly increased six folds to 1,233 vehicles in January 2021, as against 182 units that were exported during the same month last year. At the same time, compared to 713 units exported in December 2020, the company witnessed a M-o-M growth of 73 per cent. The growth in both domestic sales and export numbers can be credited to the new Honda City sedan and the Amaze subcompact sedan, which have been the company's top-sellers for the last few months. In fact, in January Honda also, for the first time, started exporting Left-Hand Drive (LHD) from India with the first batch of LHD Honda City sedans being despatched to Middle East countries. The company had mentioned that it plans to export the new city to over 12 LHD markets in 2021, and subsequently increase its exports by three folds.

Commenting on sales performance, Rajesh Goel, Sr. Vice President and Director, Marketing & Sales, Honda Cars India Ltd said, "HCIL sales continue to be robust and first month sales in 2021 have been very positive. The strong demand for our popular sedans Amaze and City, in fact, exceeded the supply last month and we seem to be heading towards sustainable market recovery except for a few challenges. We have also started Honda City exports recently to new left-hand drive markets which gave a fillip to our export volumes. With the COVID Vaccination drive currently in progress, we expect it to propel positivity in the market, resulting in a steady demand going forward."