Launched in November 2017, the Honda Grazia turned out to be runaway success for the manufacturer crossing over 2 lakh sales in 11 months. 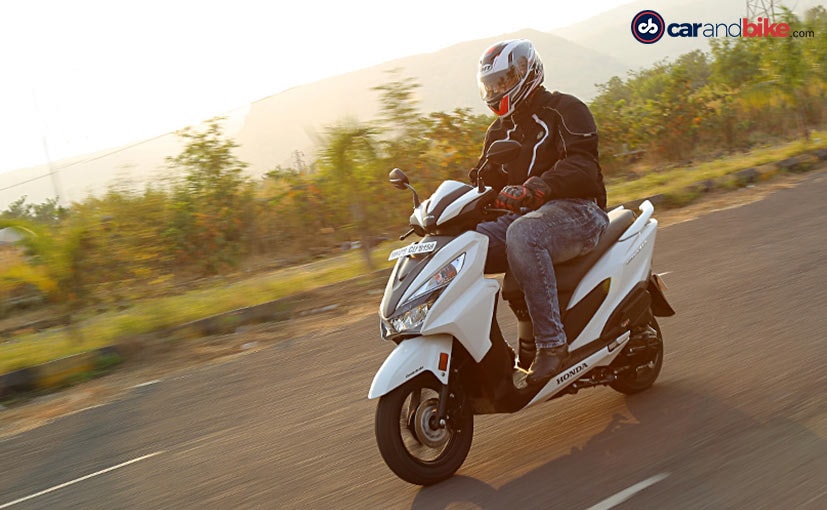 Honda Motorcycle and Scooter India (HMSI) introduced the Honda Grazia 125 cc scooter in November last year and the model turned out to be a runaway success for the manufacturer. Almost a year into its launch, HMSI has announced that the Honda Grazia has crossed the two lakh sales milestone. The sales mark comes in 11 months of launch, which translates to around 18,000 units every month. The Grazia is Honda's second offering in 125 cc scooter segment and emerged as a big push for the brand in the segment, which continues to be dominated by the Suzuki Access 125.

The Honda Grazia was strong seller right the start achieving the 50,000 sales mark in just three months of launch. The one lakh sales mark was followed in six months after its launch. The next one lakh sales milestone has been achieved in just five months. Apart from the model being sold in India, the Grazia is also sold in neighbouring including SAARC countries and Latin America.

The Honda Grazia shares its underpinnings with the Activa 125 but has been reworked to appeal to a young and more urban customer base. The scooter gets fibre panels with sharp styling, LED headlamp, alloy wheels and a digital instrument console with an eco indicator. The Grazia was also the first scooter in the Honda line-up to get the 4-in-1 lock ignition system, which has since been extended across the company's scooter line-up including the Honda Activa 5G.

The Honda Grazia competes against the TVS NTorq 125 in the segment, with the latter also being a fast selling scooter and achieved the one lakh sales milestone last month in just seven months since launch. Other 125 cc scooter offerings include the Suzuki Burgman Street, Aprilia SR 125 and the Vespa VX.