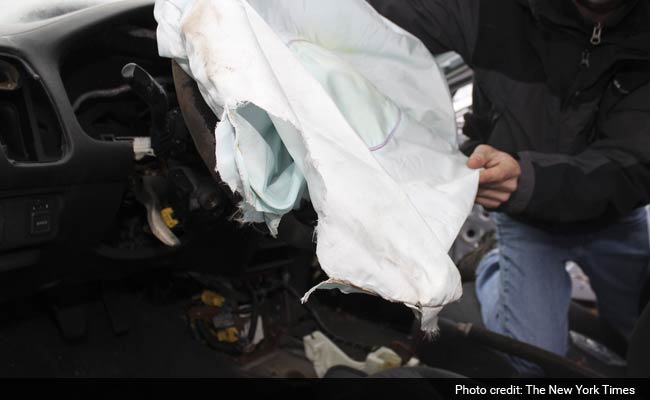 Honda Motor Company's woes continue as the car maker plans to recall more than 20 million airbag parts made by Takata Corp. This is a preemptive measure and it will see the company replacing the affected parts in, what is, a global recall. Now, Honda isn't saying where it got the information for this but the Japanese car maker is one of the biggest customer for Takata and the recall will cost the company more than $1.87 million.

The issue involves defective inflator and propellant devices that may deploy improperly in the event of a crash, shooting metal fragments into vehicle occupants. The US authorities have already ordered Honda and other manufacturers to recall all units that do not contain a desiccant that keeps explosives in airbags from deteriorating.

Takata first announced the fault in April 2013 and it was thought that only six makes were involved in this recall but when Toyota announced a recall citing similar issues, many a skeletons poured out of the cupboard. However, Takata mentioned that it had little clue as to which cars used its defective inflators, or even what the root cause was which saw more car makers making such recalls.

We've witnessed a few recalls thanks to faulty airbags in India and this includes Renault's recall of 646 units of the Pulse hatchback and the Scala sedan. In fact, even Nissan recalled 9000 Micras and Sunnys for the same issue. And it was in September 2015, that Honda recalled 223,578 vehicles of previous generations of CR-V, Civic, City and Jazz as part of its preventive global recall campaign concerning airbag inflators and this was one of the biggest recall India had ever seen.

With this new announcement, even more car manufacturers will be affected and Takata will have to replace as many as 40 million additional airbags linked to this malfunction. This is in addition to the previous recall. Seventeen manufacturers will be covered under this recall and this includes companies like Tesla Motors Inc., Jaguar Land Rover, Fisker Automotive Inc, Audi, Volkswagen, Nissan, Ford, Honda, Mercedes-Benz, Toyota and many others.