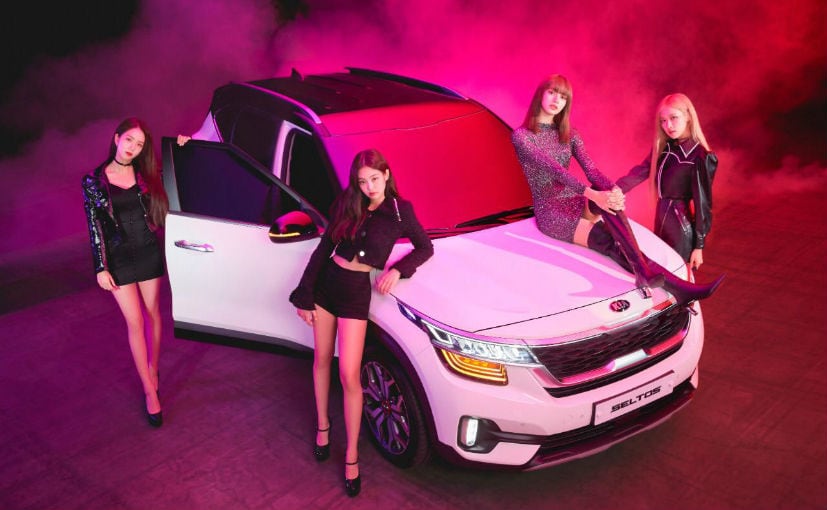 South Korean carmaker Kia Motors made its way to the Indian market this year, and the automaker's first-ever offering, the Kia Seltos is off to a good start in terms of sales. The manufacturer is now offering fans of the brand a chance to see its home market Korea and meet K-Pop (Korean Pop) girl band BLACKPINK as part of its 'Lucky Drive to Seoul' contest. Kia Motors India will sponsor an all-expenses-paid trip to Seoul for 10 lucky winners to witness the K-Pop cultural event with one companion each. BLACKPINK is the most popular K-Pop girl band and the most subscribed girl band on YouTube.

Talking about the contest, Mr. Manohar Bhat, Vice President and Head - Sales & Marketing, Kia Motors India said, "We, Indians have emerged as one of the biggest admirers of K-Pop around the world of late, and with Kia's 'Lucky Drive to Seoul' contest, we want to bring them closer to the authentic K-Pop culture. This will be a highly competitive contest and I would like to call out all the K-Pop fans to try their luck and showcase their love for K-Pop, BLACKPINK and Kia Motors. Through this initiative, we aim to offer a unique platform for the young and trendy audience to truly experience the K-Pop phenomena and bring them closer to the true Kia brand experience."

To enter this contest, contestants need to submit a video entry that showcases their love for K-Pop culture via a dance video, lip-sync or a K-Pop song. The videos need to be submitted on the automaker's Facebook or Instagram handles by the tagging Kia India's page and using the hashtags KiaLDTS and #KiaSeltos. The 10 lucky winners will be selected by Kia India and their names will be announced on November 10, 2019. The contest opened on October 25, and will close on November 6, this year.

Kia's association with the girl band BLACKPINK is global with the manufacturer being the title sponsor for their 2019 World Tour. Kia has also organised experiential activities including send-off event at concerts including seven cities in Asia. The initiative aims to offer Indian K-Pop fans to have an upclose experience of the K-Pop culture.

Meanwhile, Kia Motors India is addressing the strong demand that the Seltos has managed to garner in a short span. The company has over 60,000 bookings for the compact SUV, while the company recently commenced exports as well with over 471 units exported to international markets.