Currently, both the petrol and diesel versions of the Mahindra KUV100 NXT come mated to a 5-speed manual gearbox as standard. Mahindra will launch the AMT version of the car within the next six months. 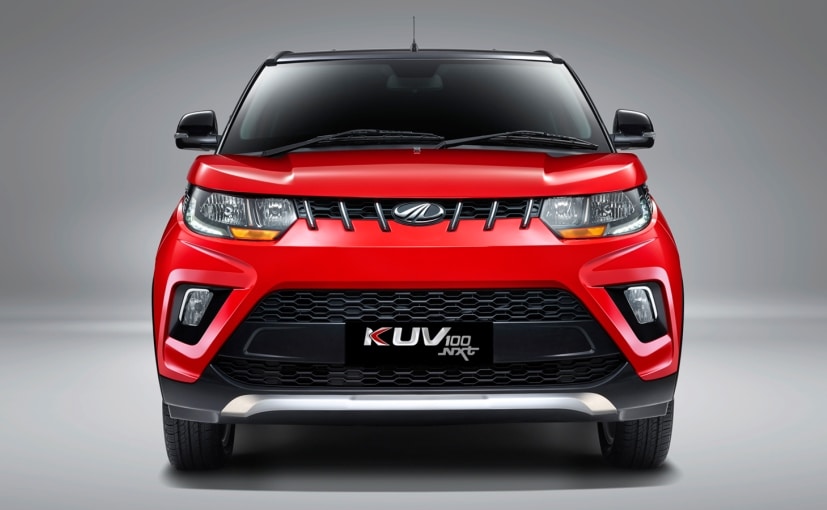 Home-grown automaker Mahindra and Mahindra today launched the 2017 KUV100 NXT in India at a starting price of ₹ 4.39 lakh (ex-showroom, Delhi). The new Mahindra KUV100 NXT comes with new styling, improved features and the company claims that the car has received about 40 new updates. Sadly though, we still do not get the much-anticipated AMT version of the car. Having said that, at the launch of the KUV100 NXT, Rajan Wadhera, President, Automotive Sector, Mahindra & Mahindra confirmed that, the company will launch the AMT version of the car within the next six months, which is sometime in the first-half of 2018.

Currently, there is a growing demand for automatic cars in the Indian market and several car manufacturers have been seeing an increase in the sale of the auto variants of their cars compared to the manual versions. In fact, even entry-level models like the Renault Kwid and the Maruti Suzuki Alto K10 come with an auto variant. As seen in most of the cars in this space, the Mahindra KUV100 NXT will also come with an automated manual transmission (AMT) unit, possibly the one that currently does duty on the TUV300.

Right now, the Mahindra KUV100 NXT comes with a pair of 1.2-litre petrol and diesel engine, from the mFalcon family. Both the motors are mated to a responsive 5-speed manual gearbox that comes as standard across the variants and now the company is working on an auto version as well. The petrol engine mFalcon G80 makes about 82 bhp and 115 Nm of peak torque, while the diesel version, mFalcon D75, churns out about 77 bhp and 190 Nm of peak torque.

Mahindra is currently also working on introducing an all-electric version of the KUV100 NXT, which is expected to be launched sometime around early 2019 and will come with an all-new powertrain.