Prices of the new Maruti Suzuki Baleno facelift have gone up by Rs. 44,000. Let's see what all new it offers for that. 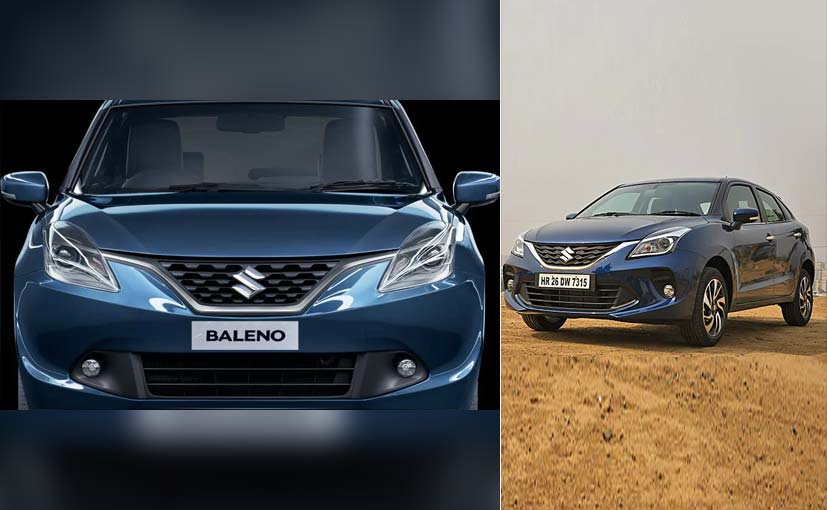 View Photos
The Maruti Suzuki Baleno has got an update for the first time since it was launched.

The Maruti Suzuki Baleno is the bestselling premium hatchback in India and that despite being sold through the premium Nexa showroom which has much lesser reach compared to the Maruti Suzuki Arena channel that sells the Dzire and Vitara Brezza. The fact itself is enough to substantiate the popularity of the Baleno but to give you some more perspective, even Hyundai which is the seller of its core rival- the i20 has a better reach than Nexa. Then, was there a need to follow the tradition and give the Baleno a mid-life update? Well, not exactly. However, the Hyundai i20 received a mid-life update last year and even the Honda Jazz got a decent dose of feature update.

Maruti too needed to keep up with the competition and has smartly and quite silently given the Baleno a refresh. Let's check out how different does the new Maruti Suzuki Baleno facelift is from the old one.

It's quite literally a FACELIFT and Maruti hasn't made a single change to its rear and on the side you now get new dual-tone alloy wheels which are 16-inchers. However, the changes on its face are identifiable to trained eyes and perhaps make the face look wider. For instance, it gets a new front bumper which sports a wider centre air-dam and fog lamp housing on either side are surrounded by C-Shaped profile. The bend of the grille too is soft and its expanse is marginally wider which in-turn gives it a smiling face. That said, on the dimensions front, nothing has changed. 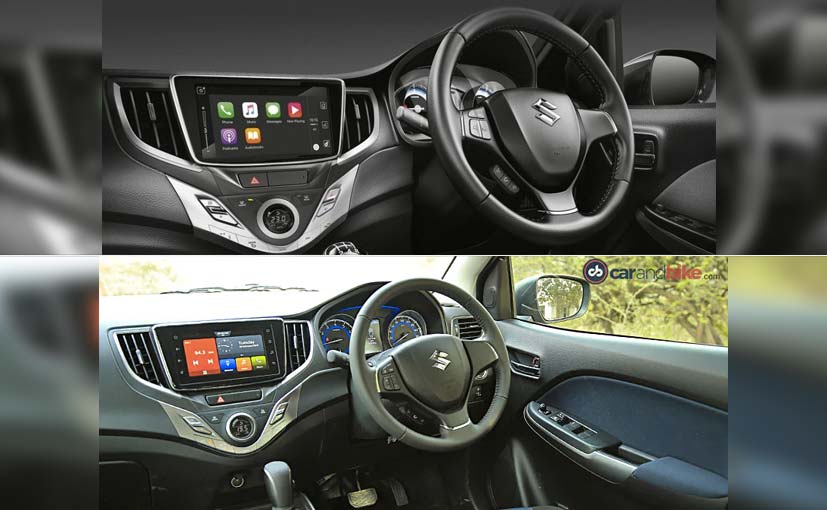 The cabin of the new Baleno looks fresher with the new blue pattern on the seats' fabric and the new Smartplay infotainment system.

On the inside, there are no changes to the dashboard or even the layout, compared to the outgoing car. However, there are a few changes that make the cabin look fresher and up to date. First is the blue diamond-like pattern on the seat fabric and then the new smartplay touchscreen interface. Though it's the same 7-inch touchscreen unit which always had smartphone connectivity options, the interface alone makes a lot of difference inside and adds a little funk to the otherwise straight forward cabin. The new SmartPlay studio will also bring you the latest music, get latest updates on weather and locate eateries around. The interface is also customizable and enhances your driving experience with multiple media support and navigation. It also informs you about your car's status via vehicle alerts and you can connect up to three phones at a time.

Mechanically the new Maruti Suzuki Baleno facelift remains unchanged and drives the same. The petrol is the 1.2 litre, four-cylinder K-Series motor which churns out 82 bhp and 115 Nm of peak torque and the diesel is the same fiat sourced 1.3-litre, four-cylinder, DDiS engine developing 74 bhp and 190 Nm of peak torque. The petrol comes along with the five-speed manual also comes with a CVT gearbox option while the diesel gets the five-speed manual as standard.

These subtle changes have made the Baleno up to ₹ 44,000 more expensive than its predecessor and that is after cyclical price revision which happens at the start of every year. Is the increased price a fair asking or the Baleno's prominence is enough to overlook that? Will it still be the bestselling premium hatchback? The sales number should answer that in near future.