A motorcycle enthusiast wanted the suspension on his Royal Enfield Interceptor 650 to be stiffer. He swapped out the front suspension of the Interceptor with the ones on the KTM 390 Duke. Here's how it turned out to be. 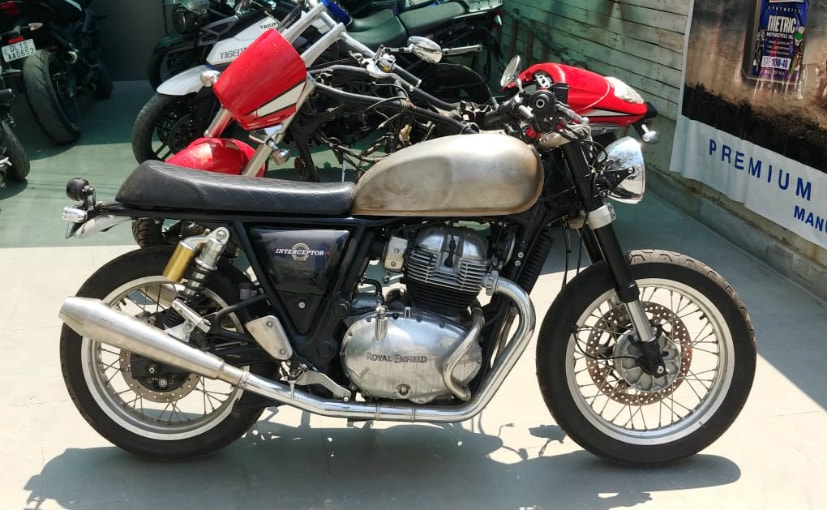 He decided to swap out the stock suspension on his Interceptor 650 with the ones of more performance oriented bikes like the BMW G 310 R and the KTM 390 Duke. His first attempt was to try and fit the front USDs of the G 310 R on his Interceptor but that did not work out as the T-stem on the lower clamp of the G 310 R's suspension was short for the Interceptor. Hence, he tried it again by fitting the USDs of the KTM 390 Duke and with a few modifications it was done. The hard work was put in by 'Speed Monks', a multi-brand service centre for performance motorcycles. So, did it work out? 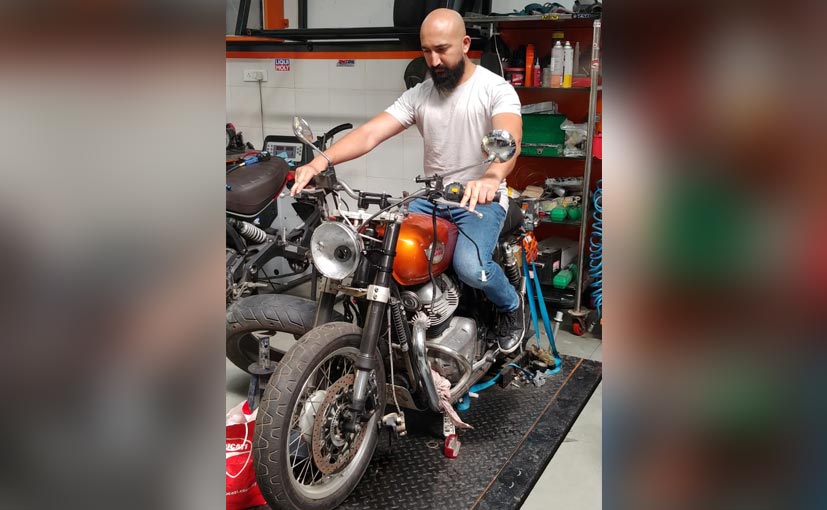 Well, the motorcycle and the modifications are still a work in progress. Since the suspension of the KTM 390 Duke was designed for a lighter bike, fitting them on the Interceptor resulted in the front end diving too much, under heavy braking or even going over undulations on the tarmac. Bhatt is now looking to use progressive springs to even out the damping and getting a stiffer, more stable ride out of his Interceptor 650. 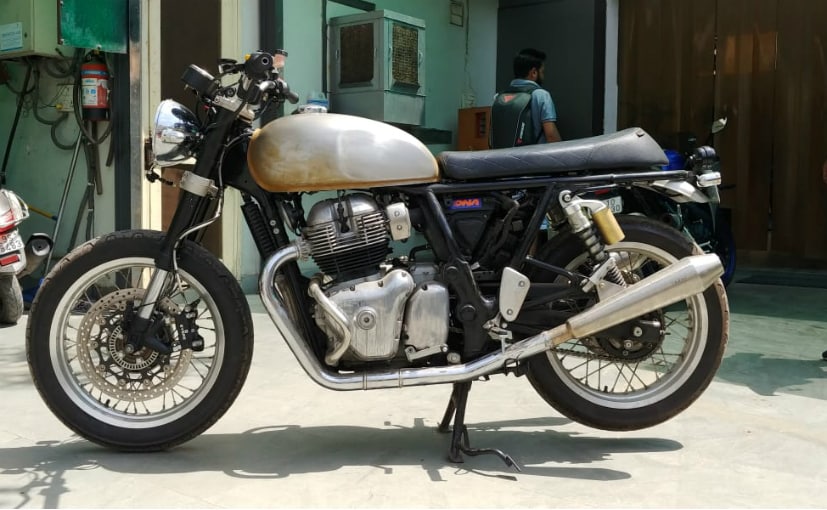 (Apart from the USDs, the Interceptor gets numerous other modifcations)

Abhinav Bhatt has also lowered the handlebar on his motorcycle for a sportier, hunkered down stance and the footpegs have been moved back as well. He has also stripped the paint off the fuel tank of the motorcycle in order to give it a nice, retro look. Other modifications on his bike include ByBre brake callipers lifted from the KTM 390 Duke and a custom Aluminium handlebar unit along with handlebar holders from Bajaj Dominar and Aluminium clutch and brake levers as well. Bhatt is also planning to run 17-inch rims at both ends of his Interceptor so that he can shod them with fatter 120 section (front) and 160 section (rear) tyres. The stock Interceptor gets 18-inch wheels with a 100/90 tyre up front and 130/70 at the rear. Plus, he took out the stock exhausts and replaced them with an aftermarket unit from AEW, a company based in Pune.

Abhinav says that it will take another month or so for his Royal Enfield Interceptor 650 to get ready completely and then, he can take it out for a ride.