Royal Enfield - President, Rudratej Singh reveals the launch plans on the highly awaited Interceptor 605 and Continental GT 650 motorcycles, which is slated to hit the Indian market towards the end of this year. 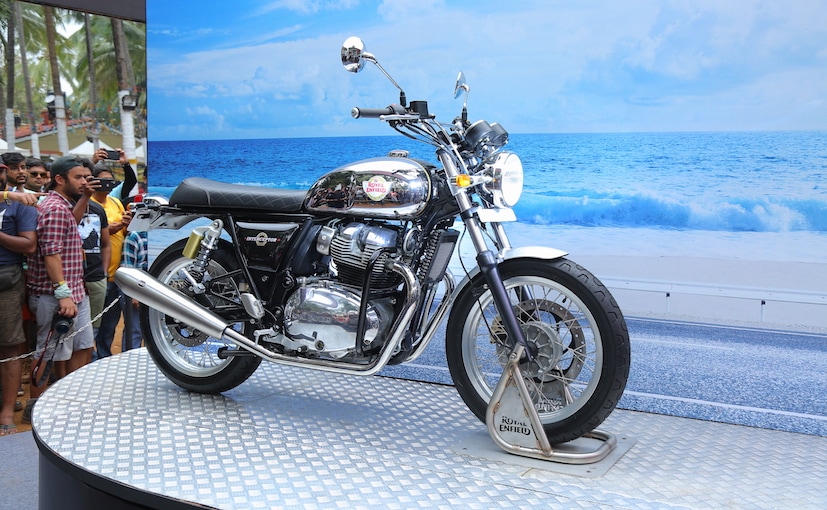 Royal Enfield is gearing up to introduce the highly awaited Continental GT 650 and the Interceptor, with a global launch slated in September this year, President - Rudratej Singh has revealed. Both bikes are highly anticipated and will the Chennai-based bike maker's first middleweight offerings that will take on the competition from Harley-Davidson and Triumph in the segment. Speaking to CarAndBike recently, Rudratej Singh revealed more details on the launch plans for the new 650 twins that will will be the company's first global models. The India launch, meanwhile, for the Interceptor and Continental GT 650 is expected around November, 2018, during the festive season.

Speaking on the sidelines of the Royal Enfield Classic Signals Edition launch, Rudratej Singh said, "We are going to be doing a global launch [and] media launch by mid to end September and then we will follow that up with plans to launch in India. There will be an international launch first followed by India. The dates we will come back to you on, but definitely, in this fiscal year you will have the motorcycles - Interceptor and Continental GT riding around in India."

Royal Enfield's new 650 twins were first unveiled in November last year at EICMA in Milan, which was followed by its India unveil at Rider Mania 2017 in Goa. Both models are underpinned by a completely new platform and engine, with the latter being a parallel twin-cylinder unit, a first in the manufacturer's history. The newly developed 649 cc unit is tuned to make 47 bhp of power at 7100 rpm and 52 Nm of peak torque at 5200 rpm. The air-cooled engine is mated to a six-speed transmission.

Elaborating on the RE 650 twins' availability post launch, Singh said, "We've finished our validation pretty much. We just want to make sure we build some inventory so that when you launch it you should have test ride motorcycles available at all your key dealerships, as well as the first buyers should not be waiting indefinitely for too many months to enjoy the Interceptor and the Continental GT 650."

"In my view, it's a grounds up new engine platform that is for the first time in Royal Enfield's history truly global. We expect it to be a phased launch not only in India but across the world and we want to start internationally and then bring it to India. In India, there will be a priority to certain states and cities, but overall I see these motorcycles being sold via our 830 stores eventually," he added.

Royal Enfield has released the first teaser for the Interceptor 650 and the company will be focussing all its synergies on the new models for the next couple of months. CarAndBike will be riding the new motorcycles next month and see what the bikes feel like to ride. Prices are expected to be around ₹ 3 lakh (ex-showroom) mark.

However, it needs to be seen if RE will undercut the Kawasaki Ninja 300 in pricing, which currently holds the title of being the most affordable twin-cylinder motorcycle in the country. On the dealership front, Singh revealed that the Bullet maker currently has 830 showrooms pan India, and aims to touch up to 875-900 by the end of this fiscal.