The Toyota Vellfire will come to India as a completely built unit (CBU) and will compete with the likes of the Mercedes-Benz V-Class. 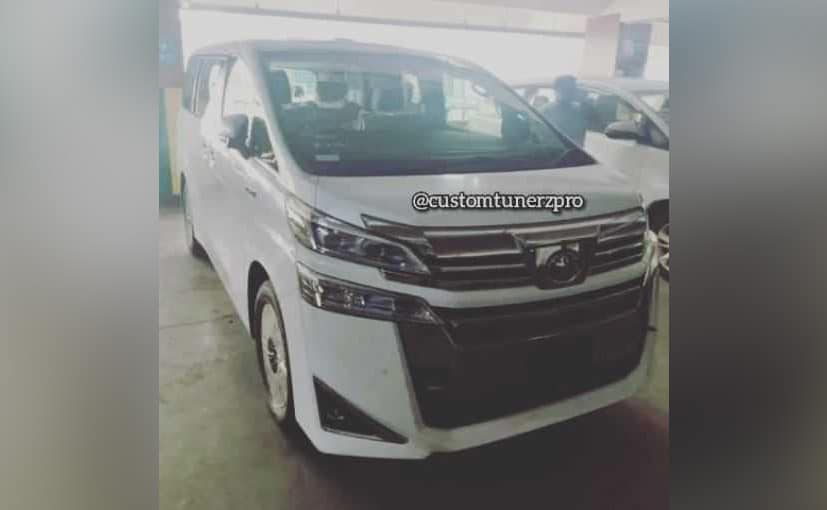 The new Toyota Vellfire luxury MPV has been recently spotted in India again, ahead of its official arrival. Expected to be launched in India sometime in the current fiscal year, the luxury MPV seems to been spotted in some parking lot, possibly in Bengaluru, given temporary Karnataka TC number plate. The Vellfire will come to India as a completely built unit (CBU) and will rival the likes of the Mercedes-Benz V-Class, in the highly niche luxury MPV space. In fact, early this year in July the Japanese carmaker had evidently showcased the Toyota Vellfire MPV at a private event to dealers and few prospective buyers. 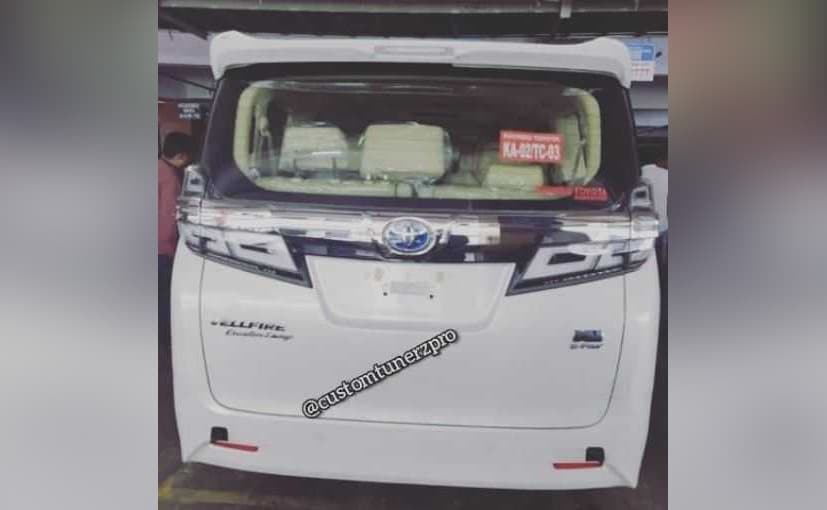 The Toyota Vellfire gets large roof-mounted spoilers, with sharp clear glass taillamps that are connected by a heavy chrome slat

The Toyota Vellfire shares its underpinnings with the Toyota Alphard, and comes with that aggressive chrome-heavy face with the sharp twin LED headlamp setup, along with a large front bumper featuring angular foglamps. The MPV comes with some sharp character lines along with the profile with flared wheel arches and stylish alloy wheels. At the rear, the MPV comes with a flat design featuring large roof-mounted spoilers, with sharp clear glass taillamps that are connected by a heavy chrome slat with the Toyota logo at the centre. The Vellfire also gets beefy bumper with vertical reflectors on either end. 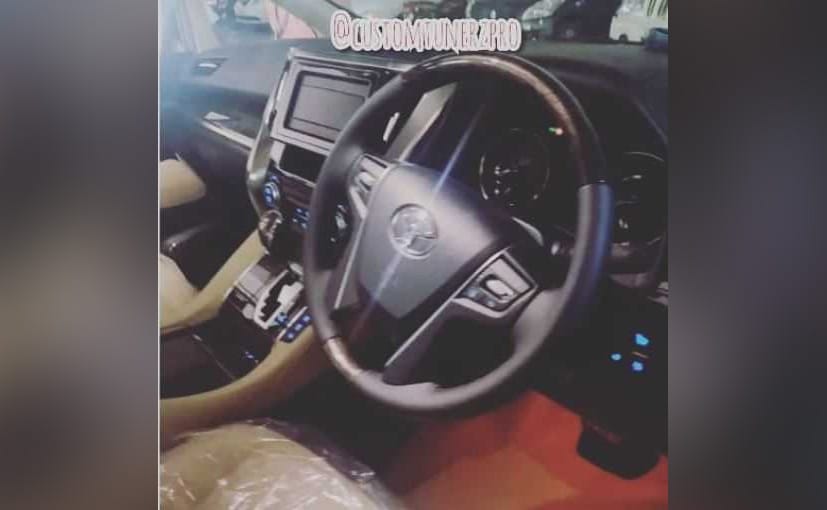 We also get a glimpse of the cabin in these images, which is, needless to say, is well-laid-out and feature-packed. However, the dashboard is missing the central touchscreen infotainment system, however, this is most likely specific to this test unit, while the sale unit will come with the display as well. Similar to the Innova Crysta, the Vellfire also comes with a partial wooden finish for the steering. The cabin gets black and beige dual-tone interior with 'Executive Lounge' package that gets dual captain seats for the second and third-row that can be rotated for flexible seating configuration. The seats are ventilated, can be reclined and are upholstered in leather. The Japanese luxury MPV also comes with a dual moonroof, triple-zone automatic climate control, AC vents for the rear seats, ambient lighting, individual tray tables and more. 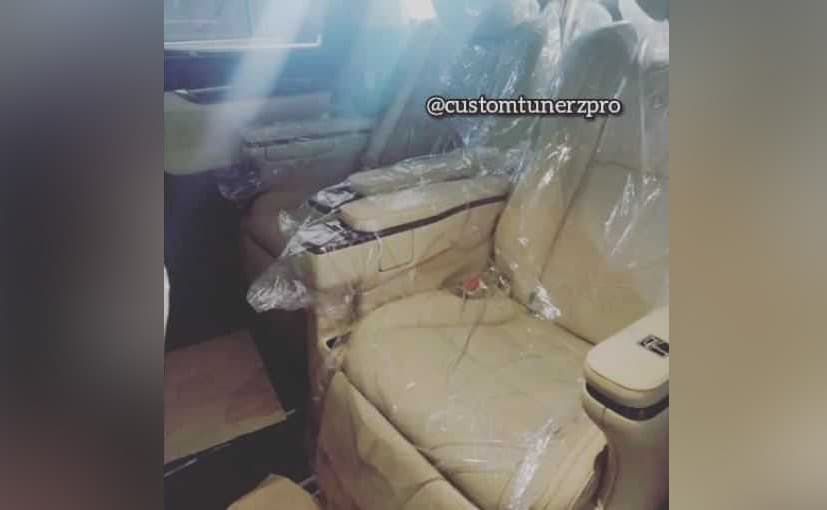 Based on the previously leaked brochure, the India-bound Toyota Vellfire is expected to be powered by a 2.5-litre petrol-hybrid engine. The hybrid motor is tuned to churn out 178 bhp and develop 235 Nm of peak torque, while paired with an e-CVT unit. Power is sent to the rear wheels and there could be an AWD version too.