Royal Enfield sold 52,904 units in August 2019, as against 69,377 units during the same month last year, reporting a decline of 24 per cent. Meanwhile, exports soared for the manufacturer by 205 per cent last month. 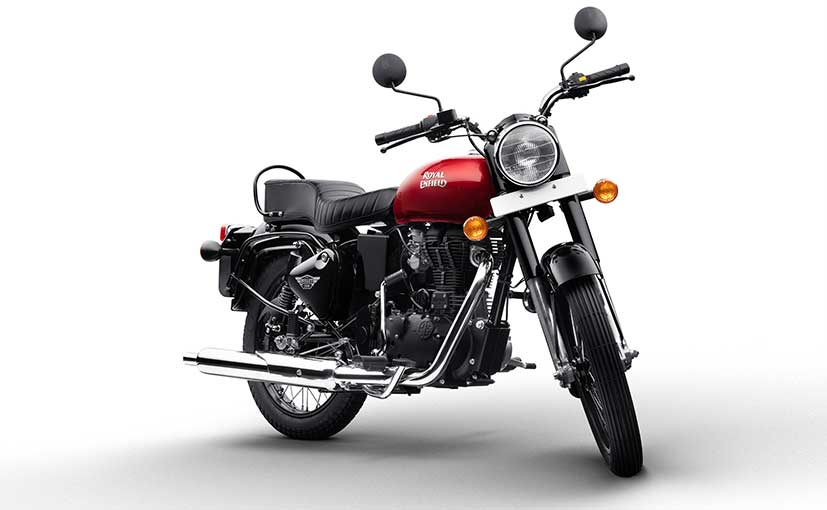 Chennai-based motorcycle maker Royal Enfield reported a decline of 24 per cent in monthly sales for August 2019. The manufacturer sold 52,904 units last month, as against 69,377 units in August last year. RE's volumes have been on a constant decline over the past months, having fallen below 50,000 units in July this year, for the first time in three years. While sales have improved month-on-month, the volumes are still alarmingly low for the company. With respect to year-to-date sales, parent company Eicher Motors reported a sale of 290,798 units between April-August 2019, a 20 per cent dip in volumes over 363,801 units dispatched during the same period last year.

While Royal Enfield registered a negative growth in overall sales, the company did see motorcycle segment above 350 cc see an impressive hike in volumes. The company sold 8210 motorcycles with an engine capacity above 350 cc, growing by 124 per cent. RE sold 3665 units in the same segment in August last year. However, the brand's bread and butter segment comprising models below 350 cc continued to post a 32 per cent decline in volumes with 44,694 sold, as opposed to 65,712 units sold in August last year.

The Royal Enfield 650 Twins - Interceptor 650 and Continental GT 650 - seem to have fared well for the company, and have also contributed to the growth in the company's exports. The brand shipped 4152 units last month, an increment of 205 per cent over 1363 units exports in the previous fiscal. The company's aggressive expansion across several South East Asian markets have also helped the brand improve its export volumes. RE introduced the 650 Twin in South Korea last month after debuting in the market earlier this year.

August 2019 also saw Royal Enfield introduce its most affordable motorcycle - Bullet 350 and the Bullet 350 ES with prices starting at ₹ 1.12 lakh (ex-showroom). The more affordable variants that offer more colour optios and cosmetic changes, are expected to improve sales for the manufacturer without compromising on the actual product.