BS-VI compliant Royal Enfield Continental GT 650 spotted on test. Will be launched as a 2020 model. 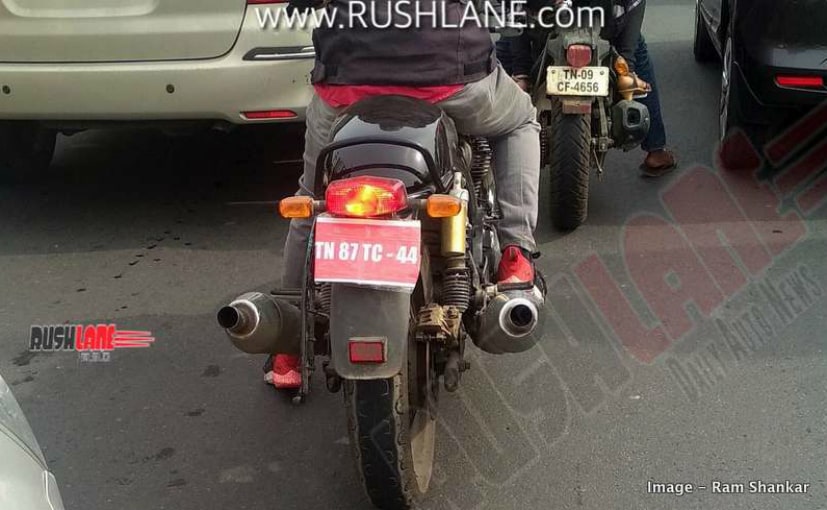 The exhaust design is slightly different, but it remains to be seen if the protrusions will be retained in the production model

The latest prototype of the RE Continental GT 650 looks near identical to the current model, and there seem to be no design changes or any new styling additions to the bike. The only difference in the test mule seems to be the exhaust design. The twin exhausts of the Continental GT 650 on the prototype test mule are fitted with small extensions, but we can't be sure at this stage if this change will be carried forward into the final production spec BS-VI model Continental GT 650.

The Continental GT 650 is powered by a 649 cc, parallel-twin, air and oil-cooled engine which puts out 47 bhp at 7,250 rpm and develops 52 Nm of peak torque at 5,250 rpm. Both the 650 Twins are powered by the same engine and get a slick-shifting 6-speed gearbox and are capable of speeds of over 160 kmph. There aren't expected to be any major changes in the drivetrain of the BS-VI compliant 650 Twins, except for possibly minor changes in the ECU and throttle bodies. The spy shots of the latest test mule also confirm that Royal Enfield will not be indulging in any design changes to the model at this stage.

However, Royal Enfield has been working on updated models in its 350 cc and 500 cc portfolio, with updated engines, chassis and some design changes in the Classic and Thunderbird models, which we have seen recently in several spy shots.