Tata Motors has revealed the performance variants of the Tigor and Tiago models, built by Coimbatore-based Jayem Automotives, and boast of more power and upgraded suspension, as well as tweaked styling. 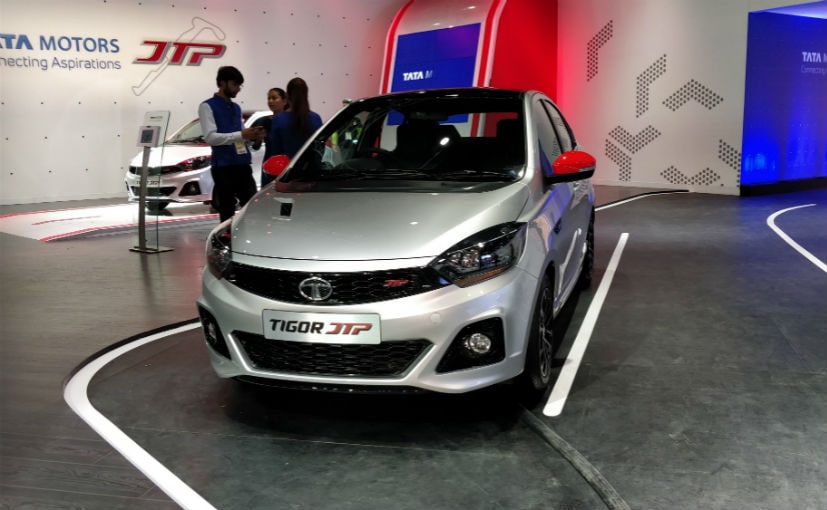 The Tata Tiago and Tigor are the new top sellers for the Indian auto giant and we can certainly agree that a sportier version would be exciting. Well, Tata Motors seem to think likewise and have showcased the Tata Tiago JTP and Tigor JTP performance versions at the Auto Expo 2018. The automaker has tied up with Coimbatore-based Jayem Automotives to develop performance variants of its existing models. JTP stands for 'Jayem Tata Performance' and this is for the first time the brand has made its first public appearance at the auto show. For the JTP versions, both the Tiago and Tigor have been spruced in looks and power figures, and we like what we see. 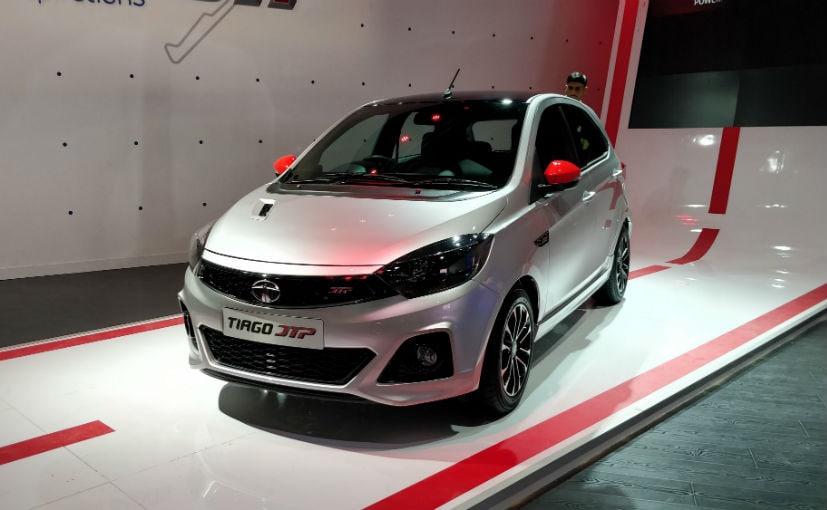 Tata Motors teased the Tigor JTP alongside the 45X and H5X concepts, and we do see a lot of additions over the standard model. Both the Tiago and Tigor JTP gets sportier bumpers with larger air intakes, new fog lamp housing, blacked out headlamps and grille that also gets a JTP badge. The cars ride on 15-inch diamond cut alloy wheels with side skirts and contrast finished ORVMs. You also see a diffuser at the rear with a roof spoiler on the Tiago.

Inside, the cabin remains largely the same but you do get tasteful upgrades including leather upholstered seats, aluminium pedals, 8-speaker Harman Kardon audio system and more. 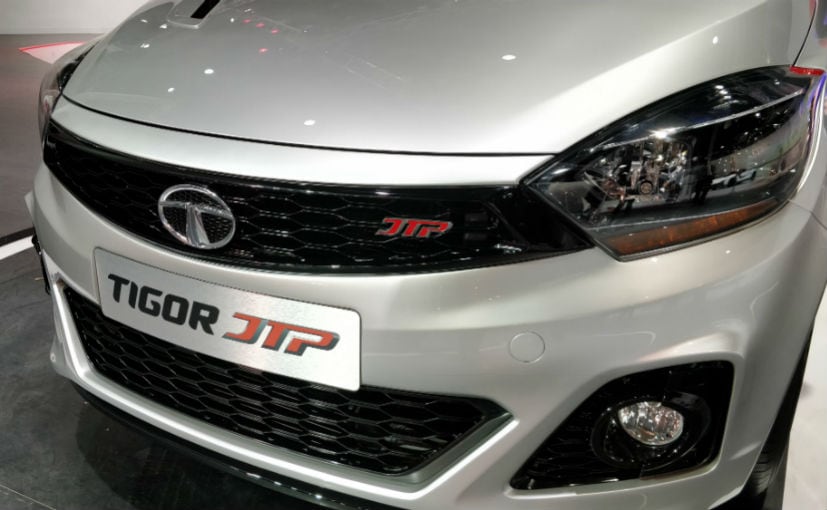 (Upgrades to the styling include new bumper, side skirts, blacked out headlamps)

The biggest upgrade comes to the power output on the Tata Tiago JTP and Tigor JTP. Both cars get the same 1.2-litre turbocharged three-cylinder petrol engine borrowed from the Tata Nexon. The motor has been tuned for 109 bhp and 150 Nm of peak torque, giving it a significant bump over the current output. The motor comes paired to a 5-speed manual gearbox, which Tata says gets optimised gear ratios. Other upgrades include a revised suspension setup with lower springs and a lower ground clearance too. Braking performance comes discs at the front and a drum brakes at the rear, like the standard setup.

Tata Motors hasn't spoken about when the brand aims to launch the JTP versions of the Tiago and Tigor in the market. The models will clearly be a niche but will be exciting for the enthusiasts. It will also be interesting to see if the JTP badge is carried over to other models in the future including the Nexon and the upcoming premium hatchback based on the 45X concept.