While the government is pushing the faster adoption of electric vehicles, it does believe the ICE-based vehicles can co-exist especially amidst the current slowdown faced by the Indian auto industry. 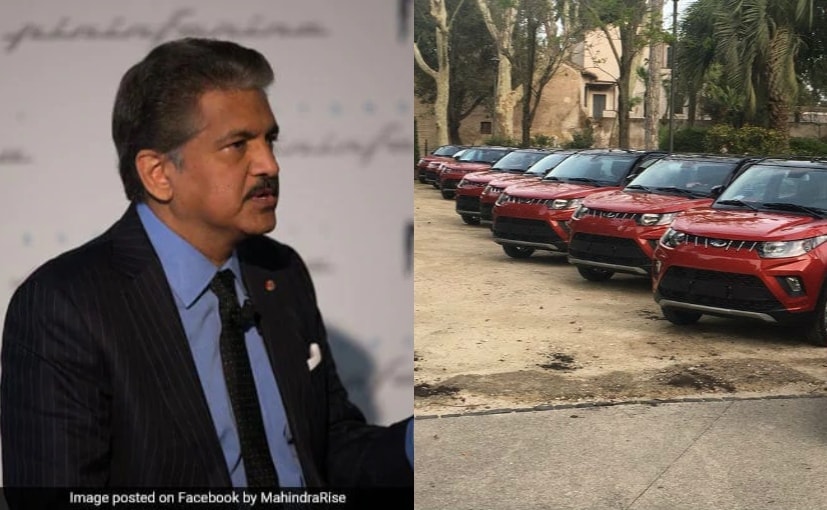 Even as the Indian auto sector is going through one of its worst times with slumping sales and poor demand, the central government has not abandoned the internal combustion engine (ICE) based automotive ecosystem just yet, according to Anand Mahindra. The Mahindra & Mahindra Group Chairman was reacting to a statement from Prime Minister Narendra Modi on the present slowdown in the auto industry. Amidst the slumping sales, the auto industry is at risk of over 10 lakh job losses, while 3.5 lakh people have already lost their jobs since April this year.

Responding to a tweet by Finance Minister - Nirmala Sitharaman, Mahindra said, "The message is loud & clear. The Govt has no intent to orphan the conventional, ICE-based automotive ecosystem. It makes good, economic sense to chart a calibrated transition to the Electric future. Let's lay all speculation & anxiety aside & get the industry growing again."

The message is loud & clear. The Govt has no intent to orphan the conventional, ICE-based automotive ecosystem. It makes good, economic sense to chart a calibrated transition to the Electric future. Let's lay all speculation & anxiety aside & get the industry growing again https://t.co/1eVArPwzDp

The Finance Minister was quoting the PM Modi in a series of tweets from his recent interview with the Economic Times. Speaking with the publication, the Prime Minister was quoted saying "On automobiles, the finance ministry has had a constructive dialogue. The slowdown is transient, accentuated by credit constraints, some regulatory changes and passiveness in demand. I believe that both demand and the industry will bounce back strongly and soon."

The Society of Indian Automobile Manufacturers (SIAM) released auto sales for the month of July this year and the industry has seen a massive decline in volumes, its worst performance in 19 years. The passenger vehicle (PV) segment recorded a drop of 30.98 per cent with 200,790 units sold in July 2019, as compared to 290,391 units sold during the same month last year. Sales of passenger cars were down by 35.95 per cent with 122,955 units sold as opposed to 191,979 units sold in July 2018. The UV segment registered a sales drop of 15.22 per cent at 67,030 units as compared to 79,063 units sold in the same month last year.

The decline in volumes have been alarming for the industry and were flagged off time and again by both dealers and automakers. SIAM had also requested a temporary cut in GST rates in the Union Budget 2019, but there was no reduction for ICE vehicles. Instead, the government did announce a GST reduction on electric vehicles from 12 per cent to five per cent, which was brought into effect from August 1, 2019. While the push for clean and green electric mobility is understandable, the limited growth has made it challenging for the sector to sustain the downward spiral.

The slowdown also comes at a time when the complete auto industry is making a massive transition towards BS6 emission norms, apart from upgrading its existing and new vehicles to meet the new Bharat New Vehicle Safety Assessment Program (BNVSAP) regulations. Collectively, automakers and component manufacturers have invested over ₹ 80,000 crore for this tranisition that remain in the doldrum if the industry does not pick up sales. The rising cost and extensive upgrades involved are also set to increase prices on vehicles, which will further dampen the consumer buying sentiment. Moreover, the recent proposal by the Ministry of Road Transport & Highways (MoRTH) to increase vehicle registration charges by 10 to 20 times, is also seen as a major deterrent to auto sales.

The Indian auto industry has 37 million direct and indirect jobs and contributes nearly 49 per cent to the country's GDP. A delegation from SIAM met with Finance Minister Sitharaman recently for a stimulus package for the auto sector. The package will include a temporary GST reduction, fully working scrappage policy and involving Non-Banking Financial Corporations (NBFC) in a bid to revive sales. While there's no specific timeline on the when the stimulus package will be made available, it certainly is the need of the hour.