The production version of the new Mercedes-AMG GT four-door sedan will make its global debut at the Detroit Auto Show 2018, followed by it's launch sometime next year. 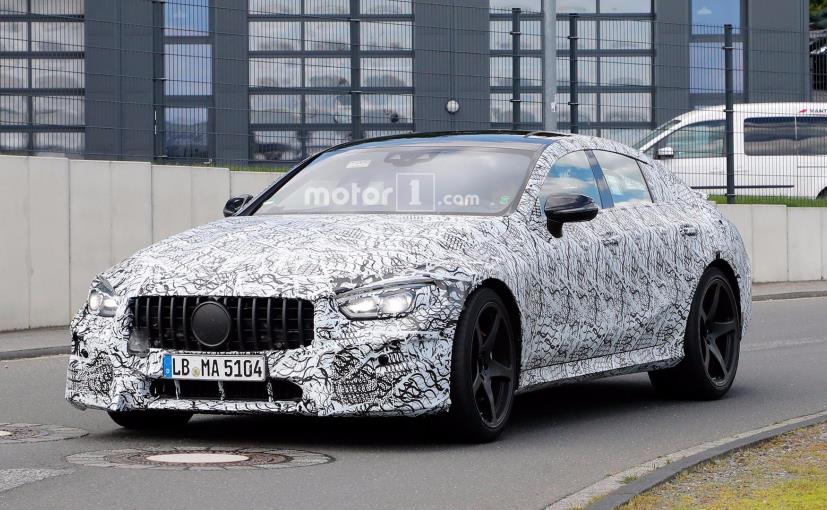 It's been a while since Mercedes-Benz announced the upcoming Mercedes-AMG GT four-door sedan. Set to make its global debut at the North American International Auto Show 2018, in Detroit USA, the new GT Sedan is the fourth model to join the AMG GT series, which already has the standard AMG GT, the track-bread AMG GT R, and the AMG GT C roadster versions. A prototype model of the upcoming AMG GT sedan was recently spotted testing with some production-ready parts, hinting at the car's imminent arrival. 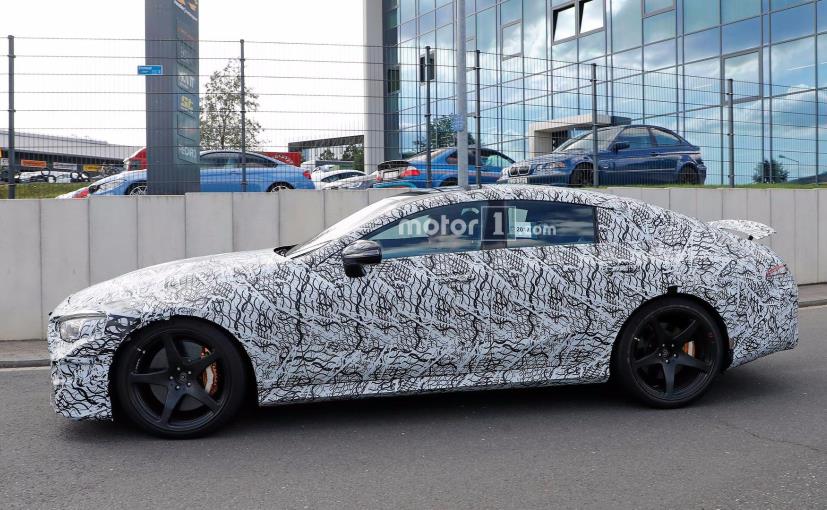 We first saw the four-door AMG GT in its concept form at the Geneva Motor Show 2017, carrying all the character of the new AMG GT line-up. Also, while that car will be joining the AMG GT family, the four-door performance sedan will be based on the new-gen Mercedes-Benz E-Class sedan and likely to borrow some of its styling cues and features, especially the cabin. Having said that, it will be a lot difficult to comment on the interior design, considering heavily camouflage we see here in the cabin. 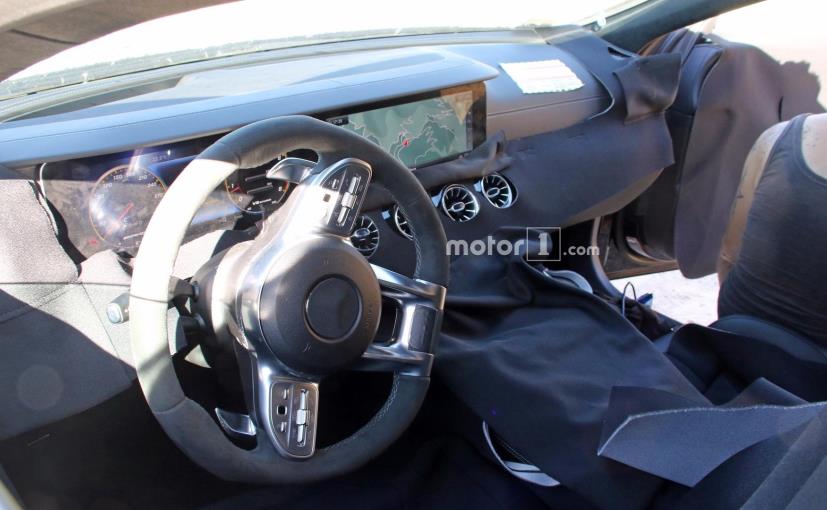 On the outside, we can see that the upcoming Mercedes-Benz AMG GT sedan is almost production ready despite the heavy camouflage. Up front, we have the AMG GT family's signature LED headlights with J-shaped running lights, vertical-slat Panamericana grille, and sporty front bumper and large intakes. From the sides, the car gets a sporty coupe-like design with a sloping roofline and sporty alloy wheels. The rear portion is also heavily camouflaged so there is not much we can comment on styling but, the car does come with an active rear spoiler, sleek wraparound LED taillamps, and a quad exhaust system that we see in other AMG GT cars. 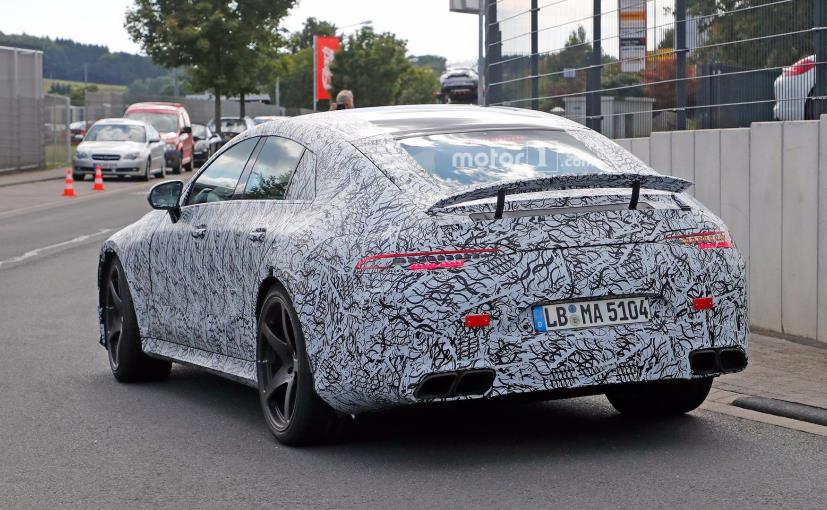 Under the hood, the upcoming Mercedes-AMG GT four-door sedan will come with the existing 4.0-liter bi-turbo V8 that is likely to make 510 horses along with a maximum torque of 650 Nm. Having said that, the concept version showcased used a hybrid powertrain with about 800 bhp on offer, but the production model will get this powertrain a bit later after the launch. The new Mercedes-AMG GT four-door sedan will also be a spiritual successor to the CLS 63 AMG.