The Tata Altroz is expected to be launched around mid-2019, and this photo indicates that the carmaker might soon be ready to begin full-scale production of the Tata Altroz. 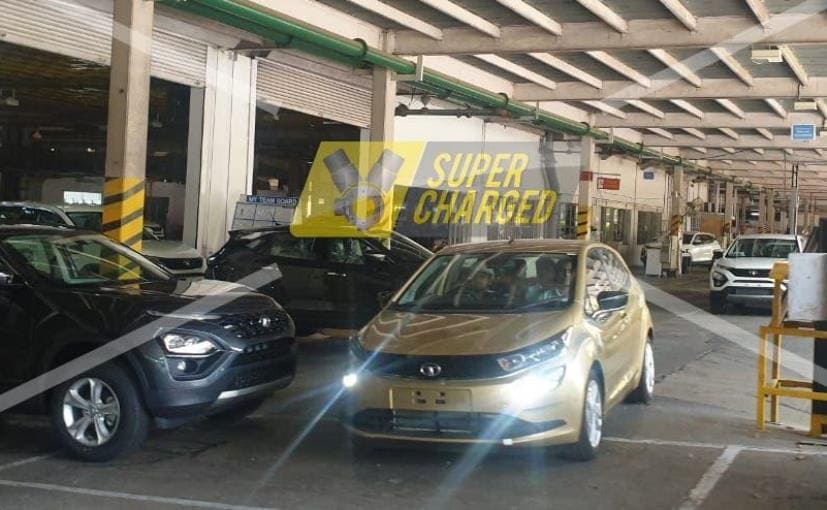 View Photos
The Tata Altroz is built on the new ALFA platform and employes the Impact 2.0 design philosophy

The 2019 Tata Altroz premium hatchback was recently spotted in India, and this time around we get to see the car in its production-read avatar. The new Tata Altroz has already made its global premiere at the Geneva Motor Show this March, and is expected to go on sale in India around mid-2019. The 2019 Altroz seen here comes in the same yelloish-gold shade that we saw on the show car in Geneva, and by the looks of it, this will be the car's key colour option. The spy picture is claimed to have been taken at Tata Motors' plant, and the Tata Harrier SUVs around it indicate that same. This could also mean that Tata will commence full-scale production of the hatchback anytime soon. 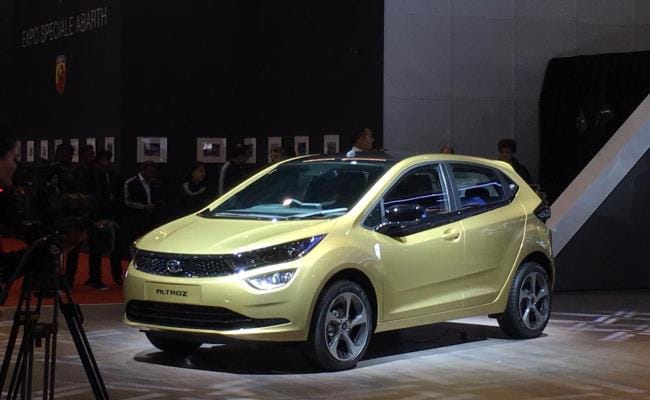 Visually, the car appears to be identical to the Tata Altroz unveiled at the Geneva Motor Show, which could mean that the India-spec model will be similar to the global-spec Altroz. The model seen here appears to be the top-spec variant, and it seems to come with LED lightings like - LED projector headlamps, LED DRLs, electrically operable ORVMs with turn lights, and LED taillamps. However, the car gets a different set of alloy wheels, compared to the show cars seen at the Geneva Motor Show.

The Tata Altroz is built on the company's new ALFA Agile Light Flexible Advanced (ALFA) Architecture and will be the first model to get the underpinnings of this new platform. Furthermore, the design and styling are a part of the company new Impact Design 2.0 philosophy, which was also used for the Tata Harrier. While we do not get to see the cabin of the car in these images, similar to the exterior, the interior too is likely to remain identical to the car showcased in Geneva. Expected features include a floating touchscreen infotainment system with Apple CarPlay and Android Auto, a semi-digital instrument cluster, multi-functional steering wheel, and a host of other premium creature comforts.

Under the hood, the Tata Altroz will borrow its powertrain options from the Nexon, featuring the same 1.2-litre petrol and 1.5-litre diesel engines, along with the option of both, a manual and an automatic transmission. Upon its launch, the car will rival the likes of Maruti Suzuki Baleno, Honda Jazz, and Hyundai i20.