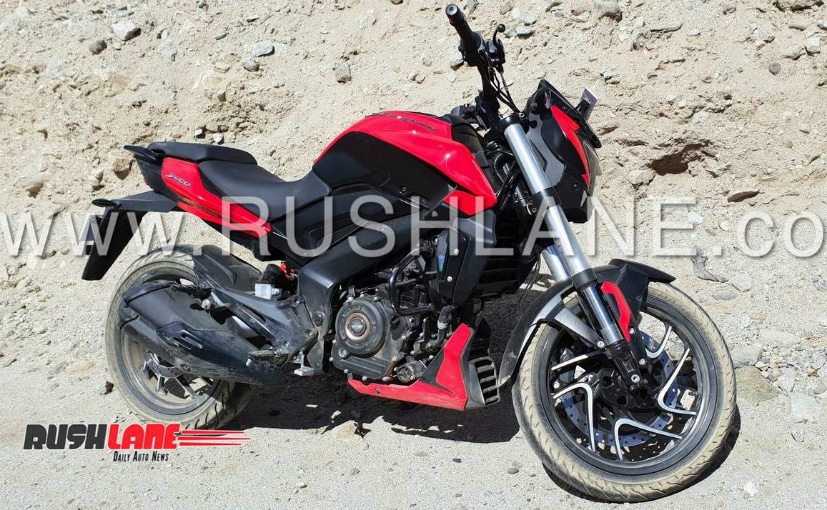 Bajaj Auto is getting ready for a substantial update on the company's flagship motorcycle - the Bajaj Dominar 400. Spy shots have revealed that the Dominar will be given several updated components to make it more appealing, and the updated bike is expected to be launched very soon. The most significant update of course is the new upside down front fork, which will certainly make the Dominar's road manners and handling a lot better than it is currently. The spy shots of the updated Dominar also reveal a new twin exhaust end can, a redesigned front mudguard, a larger engine belly pan, slightly larger radiator and a more muscular rear tyre hugger. 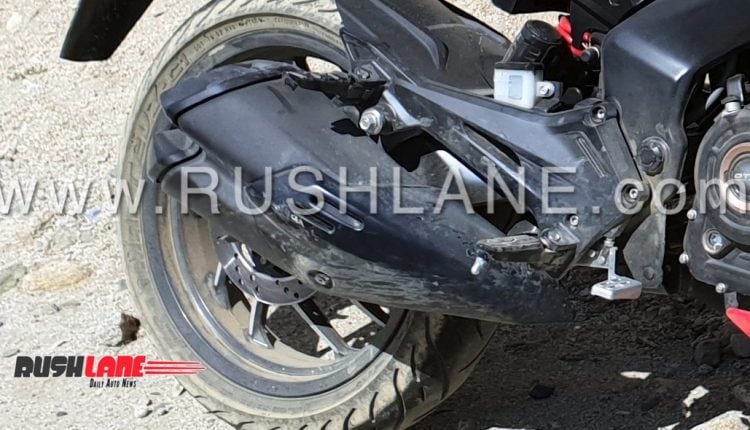 The Dominar is built on the KTM 390 Duke platform, although the engine has a different state of tune, making it easier to ride with low-end grunt and pulling power, rather than the fast-paced manic power delivery of the KTM. The updated Dominar may also get some changes under the skin, including a double overhead cam (DOHC) set-up on the engine, and the inclusion of ride-by-wire, just like the updated 390 Duke. So, expect a crisper throttle response and smoother performance. A new instrument panel may also be included in the update package to give the Dominar fresh appeal.

Mechanically, the output and engine characteristics will remain largely the same. The 373 cc, single-cylinder, liquid-cooled engine which puts out 35 bhp of power and 35 Nm of torque, remains the same, although the inclusion of ride-by-wire may make its performance slightly different. New colours are also expected, as well as standard ABS, although it's still not certain whether Bajaj will give the updated Dominar a single-channel ABS, or standard dual-channel ABS. We expect a slight price increase on the updated model; current prices for the Bajaj Dominar are ₹ 1,48,043 (ex-showroom Delhi) for the disc brake version, and ₹ 1,62,074 (ex-showroom Delhi) for the ABS variant.