The AMT model spotted in these photos appears to be the top-end ZXI AGS variant of the 2019 Maruti Suzuki Wagon R. The car is slated to be launched on January 23. 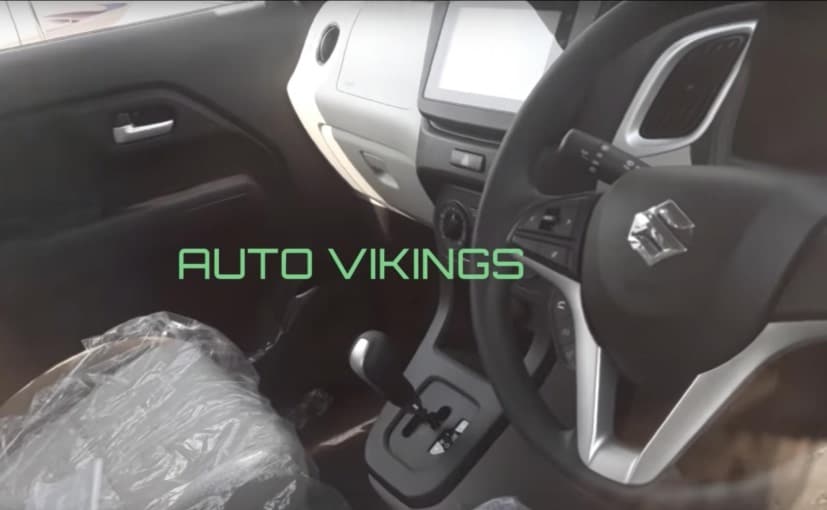 A new set of spy images of the 2019 Maruti Suzuki Wagon R have surfaced online, and this time around, we get to see the cabin of the AMT model. The car appears to have been spotted at a dealership stockyard, partially covered in camouflages. The fact that the car comes with a bunch of premium bits like - the touchscreen infotainment system, chrome grille garnish, fog lamps, and body coloured ORVMs with turn indicators, indicate that this is the top-end ZXI AGS model. This means the car is powered by the new 1.2-litre K-Series petrol engine. 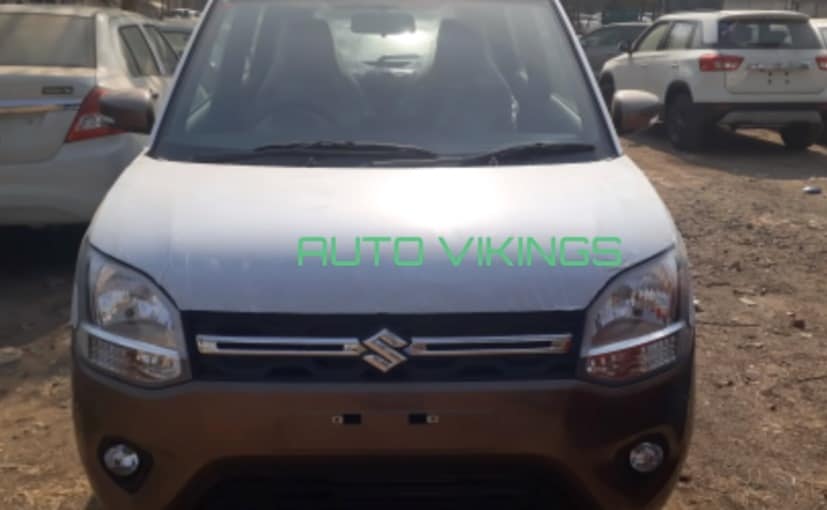 The top-end model of the Maruti Suzuki Wagon R AMT gets foglamps, and body coloured ORVMs with turn indicators

Maruti Suzuki will be offering the more powerful 1.2-litre K12B four-cylinder petrol engine with the VXI and ZXI variants, in both manual and AMT (automated manual transmission) options. The 1,197 cc engine churns out 82 bhp at 5,000 rpm and a peak torque of 113 Nm at 4,200 rpm, and in addition to the AGS unit, the car also comes with the option of a 5-speed manual gearbox. 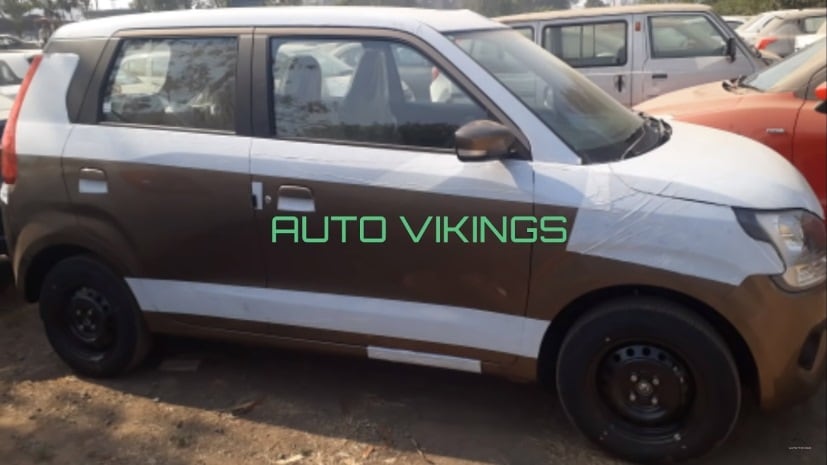 The cabin itself remains identical to the manual version, which was spotted earlier. The car gets the same dual tone white and black treatment, with the only difference being the AGS lever, which also gets a manual more like most AMT models from the company. Other bits include the new steering wheel with mounted buttons for audio and telephony controls. The infotainment system is likely to come equipped with the company's SmartPlay unit, equipped with Apple CarPlay and Android Auto.

Upon launch, the car will compete with the likes of Hyundai Santro, and we expect the official bookings to open on the day of the launch, on January 23.