The 2019 Yamaha YZF-R3 is expected to receive a comprehensive update next year with a suspension update, more power, and revised design on offer. It will come to India. 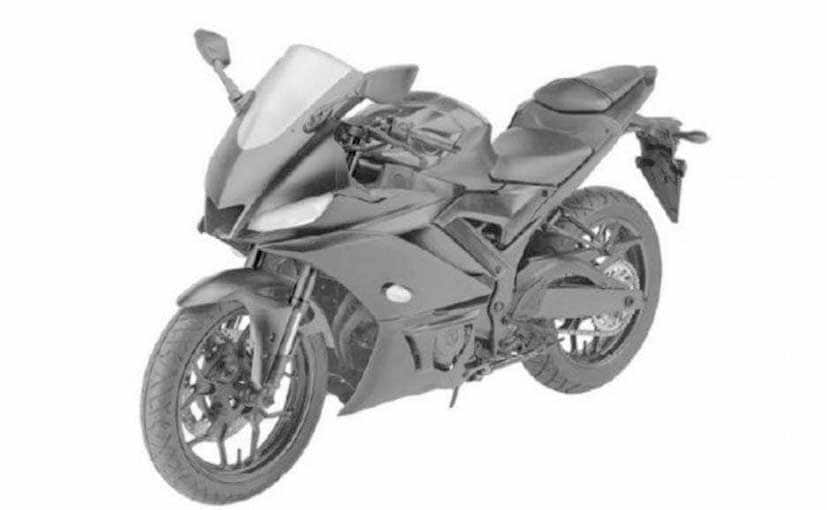 The Yamaha YZF-R3 and the R25 have been around globally for a while now and come next year, the motorcycles will receive their first comprehensive upgrade. While we've seen the 2019 Yamaha R3 test mules being spied time and again in Indonesia, patent images of the model have now made their way online providing a good look at the upcoming offering. The 2019 Yamaha YZF-R3 will get massive upgrades not just to the design but the hardware as well and could boast of more power too. Details though are under wraps from the company. (The 2019. Yamaha R3 could debut at the EICMA motorcycle show in November this year)

The leaked patent images showcase the new design language on the 2019 Yamaha R3 that has gone for a sharper look, much in-line with the YZF-R6 and the recently launch R15 V3.0. The front has been completely redesigned and now sports the sleeker looking LED headlights that are divided by the air intake. The fairing also gets a slender appearance over the outgoing version and has been revised with sharper styling. The fuel tank design has been revised too and now includes more prominent recesses to accommodate the rider's knees. The tail section though gets minimal changes and isn't too different from the current model. Lastly, the alloy wheel design and the exhaust muffler have been carried over from the current model.

The good bits also remain the same like the raised handlebar, which means the new Yamaha R3 won't be a dedicated supersport like the R15. The seat position is also likely to remain the same with slightly rear set foot pegs. The instrument console could go digital this time packing in a lot more information compared to the current unit. Previous spy shots have also revealed that Yamaha has traded the telescopic forks on the 2019 R3 for USDs, which is great as an improved suspension set-up comes into play. However, it needs to be seen if emerging markets like ours will get the telescopic forks on the 2019 R3 given the cost savings. With respect to braking, the bike will continue with the twin-disc set-up, which is complemented by the dual-channel ABS unit offered as standard. 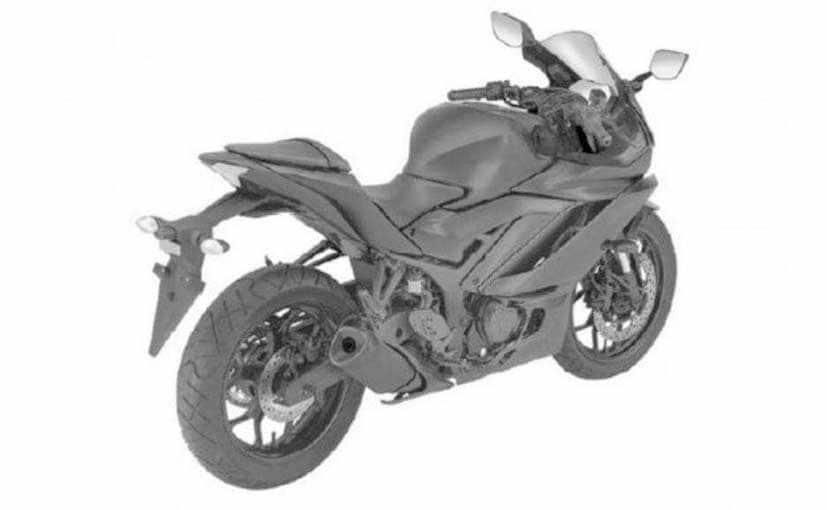 Power is likely to come from the same engine on the 2019 Yamaha R3. The 321 cc, parallel-twin motor is tuned for 42 bhp and 29.6 Nm of peak torque on the current model. The updated version is likely to see the addition of Variable Valve Actuation (VVA) technology, while also boosting the power output marginally. Other updates are likely to include a slipper clutch and quick shifter. The 6-speed gearbox will continue to serve purpose.

The 2019 Yamaha R3 and R25 could make their global debut at the EICMA motorcycle show in Milan this November. Global sales are likely to begin next year with the bike being produced at Yamaha's Jakarta-based facility in Indonesia, which acts a global manufacturing hub for the motorcycle. That said, it is unlikely the 2019 R3 will arrive before early 2020 in India with the updated still fairly recent in the Indian market. Expect price a hike though when the model is launched, up from the current price tag of ₹ 3.49 lakh (ex-showroom).