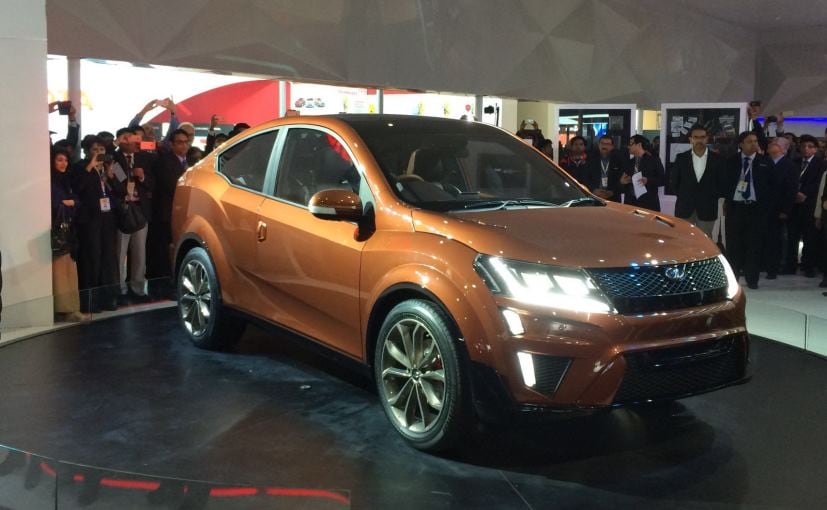 Mahindra’s XUV Aero Concept is stealing the lime-light at the 2016 Auto Expo. The coupe crossover concept is getting most of the attention at Mahindra’s stall for its futuristic design and the product on the whole. Revealed at the on-going Expo, XUV Aero is based on the flag bearer XUV500 SUV. XUV Aero has been designed by Mahindra’s Indian designers in Mumbai taking inputs from Pininfarina, Italy. Mahindra will slot the Aero concept above XUV500 in its line-up, moreover with premium offerings available only as of now in this space, Aero concept will be instrumental in inducting a new division. 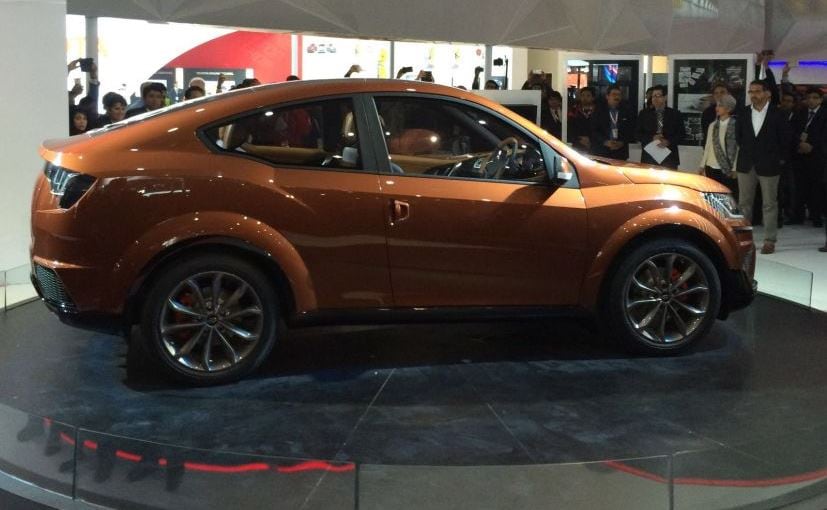 Resemblance with XUV500 is quite visible on the front profile which features vertically stacked LED lights and wider air intakes on the bumper. Furthermore, the flanks are highlighted by the flared arches, rising shoulder line and a sharp character line. The sloping roofline atop lends the coupe-like stance to the concept which is further accentuated by the stubby rear end and angular C-pillar. The concept gets suicide doors which allow for easy ingress and egress to the cabin. Inside the cabin, the prototype gets Mahindra's new infotainment and connectivity system, while the bucket seats and beige upholstery adds an upmarket touch. 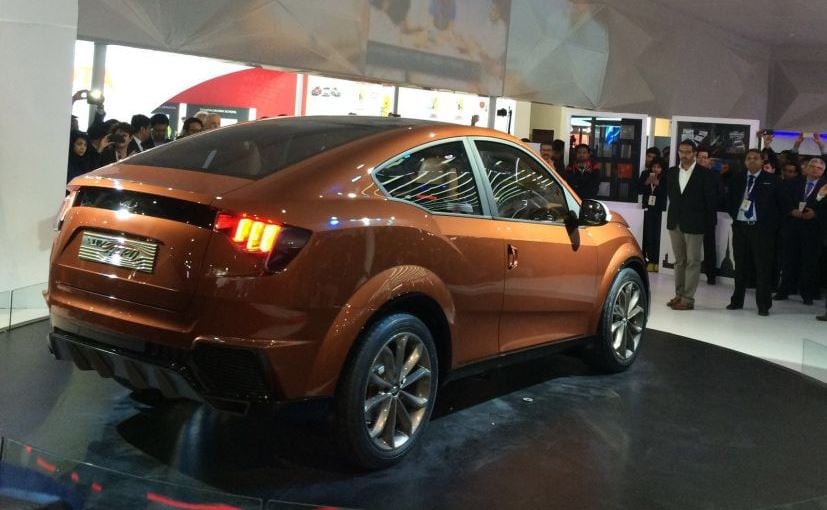 Mahindra has not revealed any details on the specifications of the XUV Aero concept yet, but if in production, the model will share its underpinnings with the XUV along with the 2.2-litre diesel engine with 140bhp of power. The four-door coupe crossover concept looks appealing and will definitely raise a few heads, especially since it will be the smallest and most affordable of the coupe-SUVs, as it rivals against high-end luxury coupe-SUVs dominated by the Mercedes-Benz GLE Class and BMW X6. There is no hint around the price of XUV Aero as of now, but since it will be placed above XUV500, we expect something viable from Mahindra in terms of pricing.
0 Comments