The Royal Enfield Interceptor 650 Twin and the Continental GT 650 Twin will have the all-new 650 cc parallel-twin engine and will come to India by 2018. 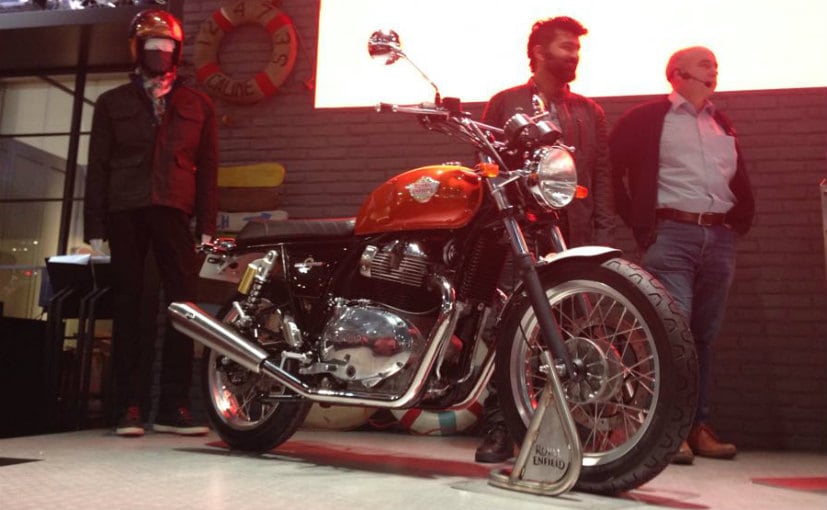 The Continental GT 535 and the Continental GT 650 are almost fully different to each other. Royal Enfield says that these two bikes are just 5 per cent similar to each other. The idea behind these bikes was to bring California school to the middleweight segment. The engine as we know is a 648 cc parallel-twin motor, with a 270 degree firing order and is air-cooled. The reason for choosing a 270 degree crank, Royal Enfield says, is because it is the smoothest setup with the right feel and character. The engine gives out the good, pleasant vibrations during a power pull and there is a balancer shaft to reduce unpleasant vibrations overall. The engine is mated to a six-speed gearbox, with a slip-assist clutch. Royal Enfield built three 650 cc parallel engine prototypes with three different crank setups and finally chose the 270 degree firing order. The engine makes 47 bhp at 7,100 rpm and puts out a peak torque of 52 Nm at 4,000 rpm. 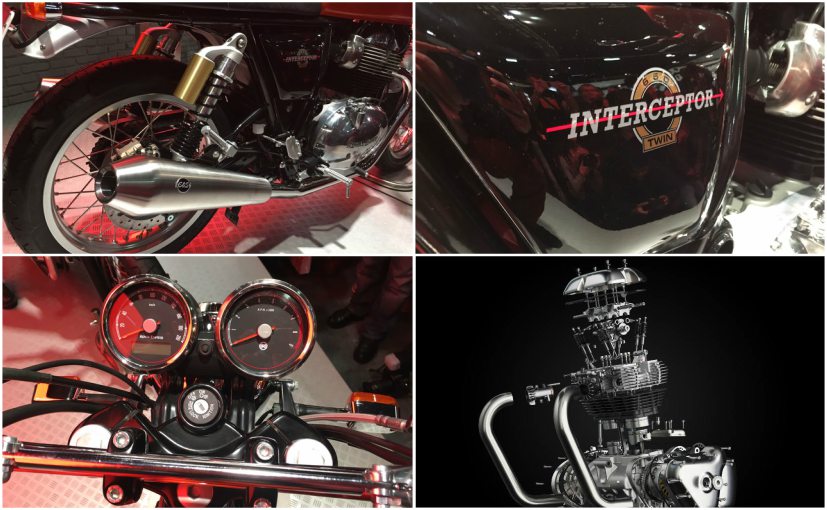 An interesting fact is that the Royal Enfield developed the accessories for the motorcycles side-by-side the new parallel twin engine and the two motorcycles. Some of the optional accessories include low clip-on handlebars for the Continental GT 650, a flyscreen, engine and sump guards and so on. Most accessories will be modular, which means that the same accessory with fit both bikes without any hassles. 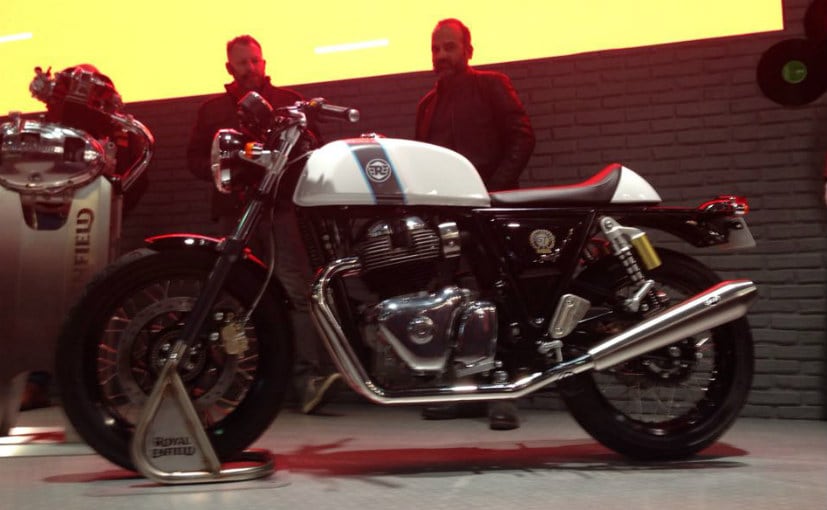 Speaking at the launch event, Siddhartha Lal, CEO, Royal Enfield, said that Royal Enfield is poised to be market leaders in the middle-weight motorcycle segment. The low-end grunt is what the customers love in RE bikes, the single cylinders that is and the company wanted to offer them something better, with more and accessible power and he believes that the Royal Enfield Interceptor 650 Twin and the Continental GT 650 Twin are the right machines.

Royal Enfield will be launching the 650 Twin models in Europe first, by April 2018 and then bring the bikes to India, within the first half of 2018. So for all you Royal Enfield aficionados, your wait will be a bit longer. There is no word on expected pricing, but Siddhartha Lal has assured that it will be affordable.