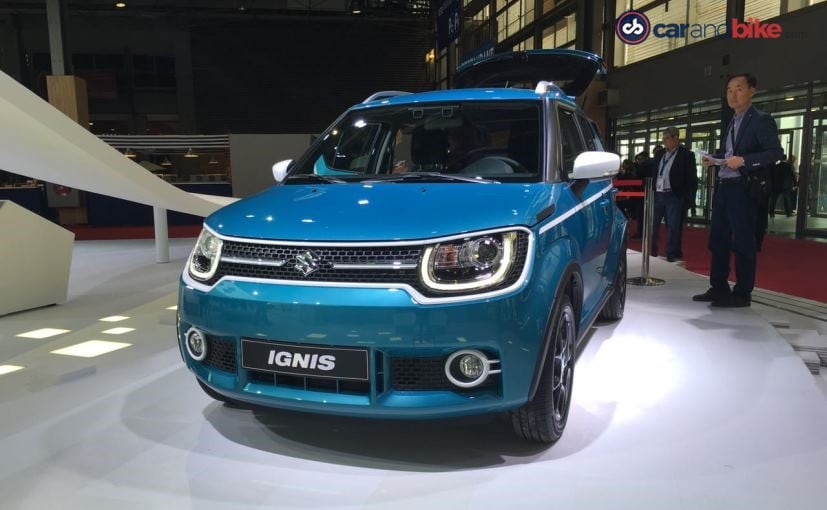 With Maruti Suzuki all set to launch the new Ignis sub-4 metre crossover in India in coming months, Suzuki has showcased the car at Paris Motor Show 2016. The car is expected to go on sales in the European markets next year and the model showcased at the event is most likely the final production vehicle. Moreover, the European-spec model will be slightly different from its Japanese counterpart in terms of design and feature offering.

The Suzuki Ignis showcased at Paris is 10-15cm longer than its Japan or the India-spec version. That said the wheelbase will remain same, as the additional length is achieved by a new larger bumper. Rest of the design elements will largely remain unchanged like - the single frame grille the houses the large projector headlamps with LED DRLs, the oval-shaped fog lamps, flared wheel arches with plastic cladding, same black alloy wheels, and roof rails among others. In addition to these Suzuki will also offer the Ignis subcompact crossover with plenty of personalisation options adding to the car's cutesy styling. 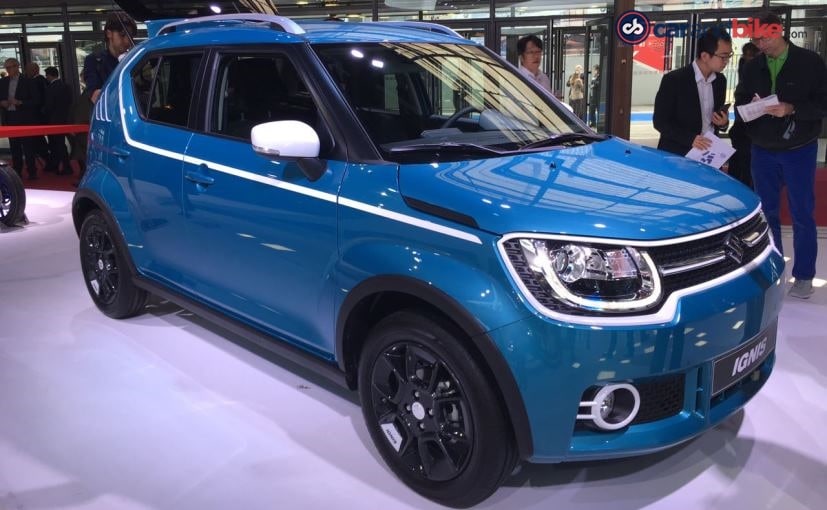 Under the hood, the European-spec Suzuki Ignis will come powered an 89bhp, 1.2-litre Dualjet engine, which already does duty on the Euro-spec Baleno and Swift. The company will also offer an SHVS (Smart Hybrid Vehicle by Suzuki) version in Europe. In addition to that, like the Japan-spec model, the Euro-spec Ignis will also come with an all-wheel drive system, hill descent control and some cool active safety features such as Suzuki's Dual Camera Braking System (DCBS), lane management system, cameras on all sides and so on. In Europe, the Suzuki Ignis will be a direct competitor to the Fiat Panda Trekking and Cross. 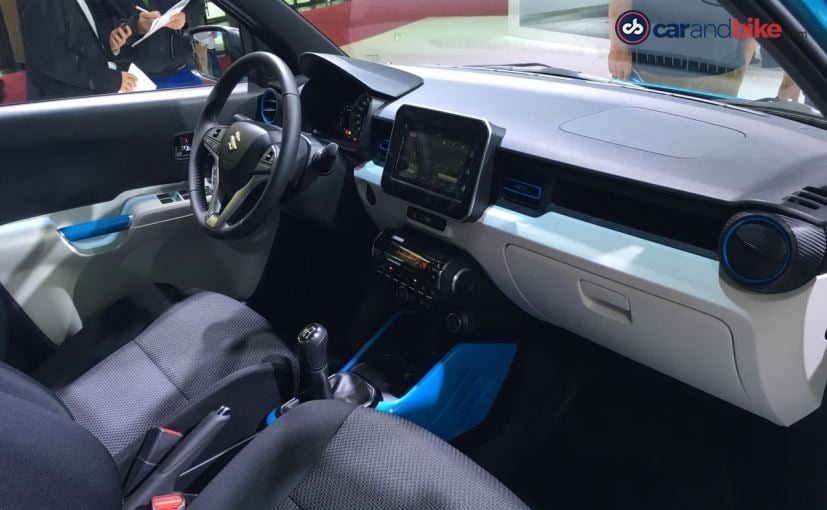 The India-spec model, on the other hand, will come powered by the company's latest 1.0-litre BoosterJet petrol engine, while a diesel could be added to the variant line up later in the timeline. Transmission options, on the other hand, will possibly include a 5-speed manual gearbox and a CVT unit. Although rumour has it that Maruti might use an AMT unit instead.

For More From The Motor Show, Go To Our Complete Coverage of Paris 2016.