A team of stunt riders on TVS Apache bikes has set a new record for the longest non-stop bike stunt show, performing for 6 hours non-stop. 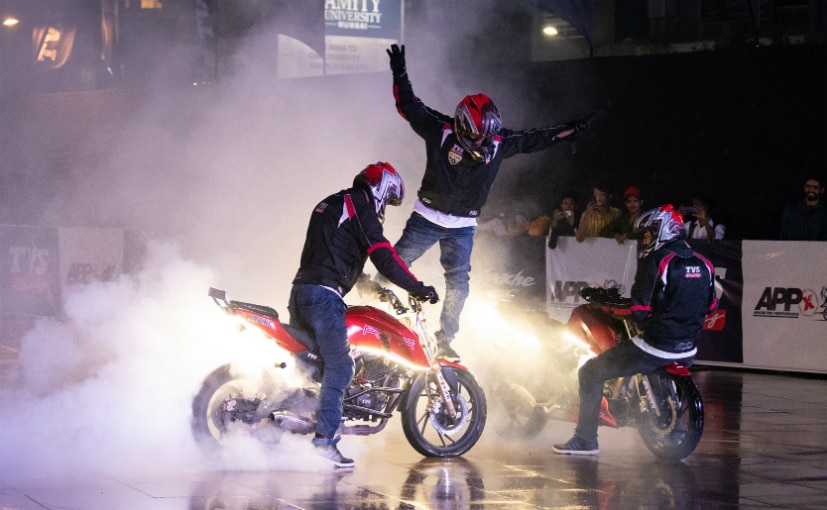 TVS Motor Company has set a new record for the longest non-stop bike stunt show in India, and has now entered the Asia Book of Records. Five stunt teams from Coimbatore, Bengaluru, Jaipur, Indore and Delhi performed non-stop stunt shows for six hours astride modified TVS Apache RTR 200 4V motorcycles. The event, called the Apache Pro Performance X was held amidst heavy rainfall at Seasons Mall, Pune, and saw TVS entering the record books. The previous record in 2017 was also held by TVS, and the stunt riders in that event had performed for five hours non-stop in Chennai. 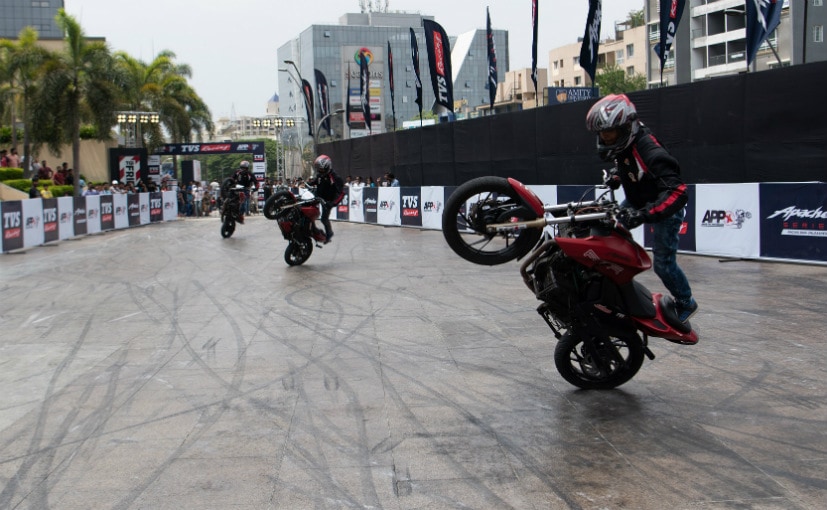 The stunt riders were from Team Steel Silencerz (Jaipur), Team Balance Point (Bengaluru), Team Throttlerz (Coimbatore), Team Moto Tycoonz (Delhi) and Team Throttle Extreme (Indore). Each team performed for 20 minutes in a sequence with synchronised entry and exit. This ensured that there was no break in the non-stop stunt performance. The same teams had performed in the 2017 event in Chennai as well, and this time around, they extended their performance by one more hour to set a new record. 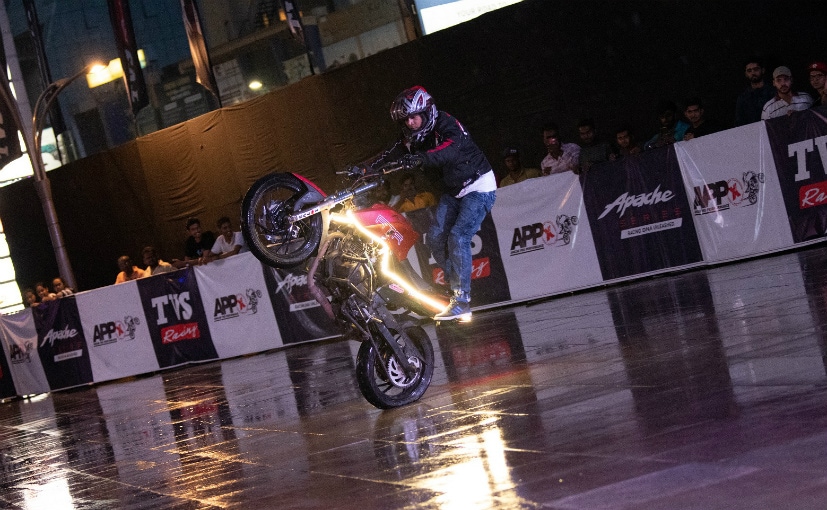 The Apache Pro Performance is an initiative driven by TVS Racing - the factory racing arm of TVS Motor Company which promotes the prowess of the TVS Apache series of motorcycles in a controlled environment. The Apache Pro Performance X is an extension of this property with a focus on creating team records. The first edition of TVS APP X was held in 2017, and saw the team entering the India Book of Records for performing non-stop for 5 hours in Chennai. This was followed by the 2019 edition, where the same team broke its own record in the India Book of Records and also entered the Asia Book of Records.

F1: Mick Schumacher Confirmed To Drive For Haas In 2021
20 minutes ago

Nissan Magnite Is The First Sub Rs. 20 Lakh Car To Get Wireless Apple CarPlay & Android Auto But Is It A Big Deal
14 minutes ago

Honda Announces Year-End Offers Of Up To Rs. 2.5 Lakh On Its BS6 Cars
21 minutes ago

F1: Mick Schumacher Confirmed To Drive For Haas In 2021
29 minutes ago

Ex-showroom Price
₹ 1.15 Lakh
EMI Starts
₹ 3,792 11.5% / 3 yrs
Get On-Road Price Check Reviews
Subscribe to Our Newsletter
Over 1.5+ Lakhs subscribers
Thank you for Subscribing to Us