The Maruti Suzuki Ciaz facelift will be among the three upcoming launches the company has planned for 2017. The car is expected to see some minor cosmetic changes and new feature additions. 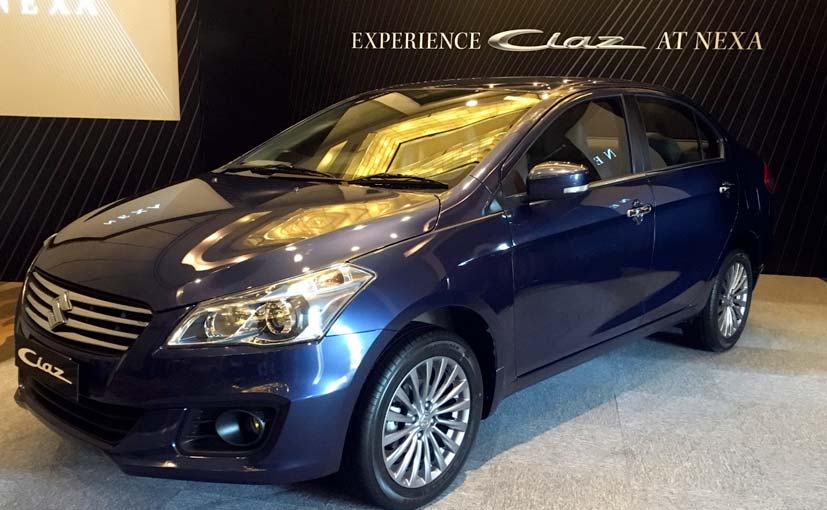 It's been just over a couple of months since the Maruti Suzuki Ciaz moved to the Nexa channel and it seems like the company is already working on a facelift of the car. It will be among the three upcoming launches the company has planned for 2017. Recently, a couple of test mules of the Ciaz facelift were spotted testing in Delhi with some minor camouflage and a few updated features. The cars in question here appear to be the Zeta variant owing to the fact that they get alloy wheels but miss out on the touchscreen infotainment system. The lack of the DDIS badging on the front fenders and the SHVS (Smart Hybrid Vehicle from Suzuki) on the boot also indicate that these were petrol versions and not diesel. 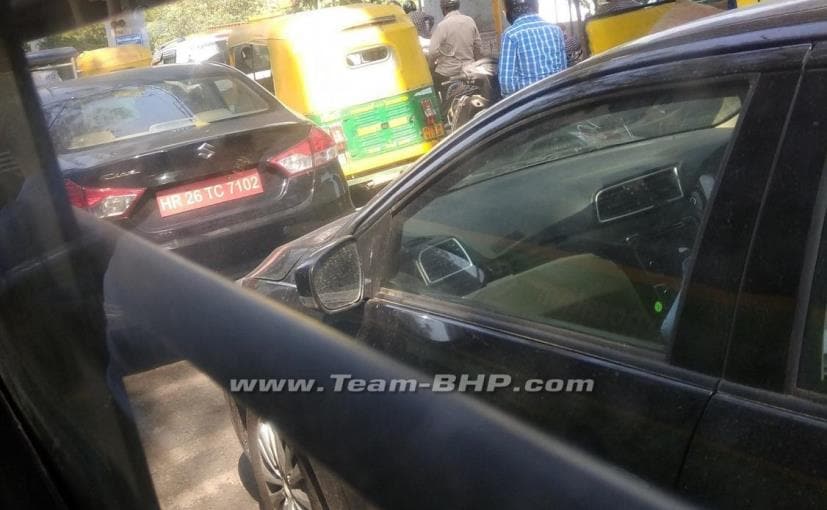 While at first glance, you won't be able to see any noticeable differences but a closer look at the pictures reveal the black camouflage covering the entire rear bumper and also the missing chrome slat connecting the taillamps. Though the front portion is not visible in these images the person who clicked these photos is said to be claiming that the front foglamps were also covered, which means the Ciaz could also come with new LED daytime running lights. There are a couple of interior shots as well that reveal some changes made to the cabin. For instance, the instrument cluster is an all-new unit with redesigned speedometer and tachometer dials and a new large LCD display in the middle of the two pods. A large portion of the dashboard also seems to be covered to hide the design changes. We expect some small styling updates like wood inserts similar to the ones seen on the interior of the new Maruti Suzuki Dzire. 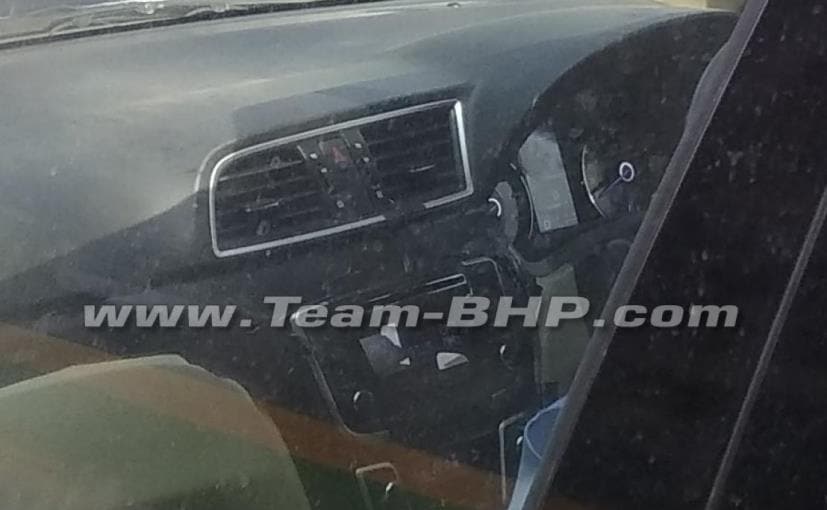 Mechanically though, we do not expect to see any major changes. The car will continue to use the same 91 bhp, 1.4-litre petrol engine and the tried and tested 88 bhp, 1.3-litre DDiS oil burner with SHVS technology. 5-speed manual gearbox comes as standard with both the engines along with the option of a 4-speed torque converter for the petrol trim only. Having said that, Maruti Suzuki could launch a diesel AMT version of the Ciaz, considering the company is planning to go big on automatics and also because of how its diesel AMT combination has become popular now.