2018 NDTV Carandbike Awards: Yamaha FZ25 Is The Entry Premium Motorcycle Of The Year

The Yamaha FZ25 had to compete with the likes of the Yamaha Fazer 25, Bajaj Pulsar 160 and KTM 250 Duke to win the Entry Premium Motorcycle of the Year trophy. 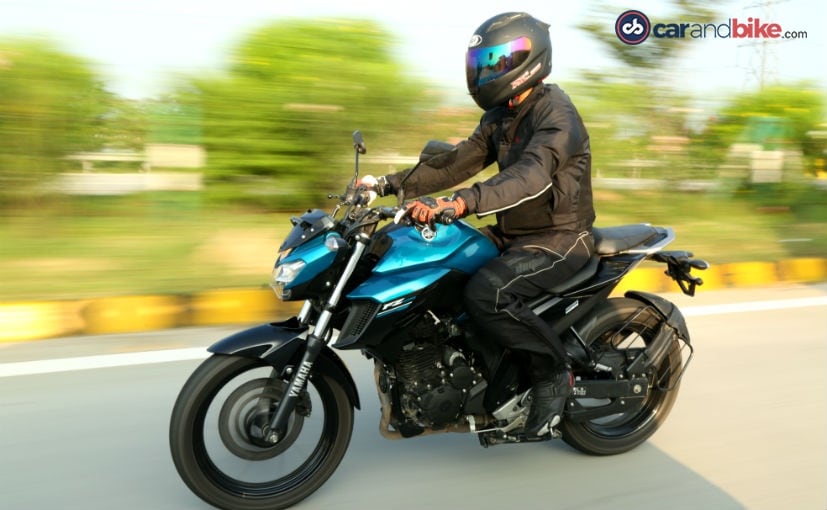 The new Yamaha FZ25 this year took home the 'Entry Premium Motorcycle of the Year' trophy at the 2018 NDTV Carandbike Awards. The quarter-litre street bike from the Japanese manufacturer is one of the two all-new motorcycles introduced by Yamaha this year and a highly deserving contender. The Yamaha FZ25 had to compete with some strong nominees at our jury rounds like - its own faired sibling, the Yamaha Fazer 25, the Bajaj Pulsar NS160, and the KTM 250 Duke, before it was crowned as the winner.

The FZ25 was a bike that Yamaha enthusiasts were long waiting for, a torquey and capable bigger capacity motorcycle that could serve its purpose both on city streets and highways. The bike is powered by a single-cylinder 249 cc unit that is air cooled and has a SOHC setup, along with fuel injection. The engine churns out 20 bhp at 8,000 rpm and 20 Nm at 6,000 rpm. The engine is mated to a 5-speed gearbox that works smoothly along with the light clutch that makes riding in bumper-to-bumper traffic quite easily. The bike comes with a decent 14-litre fuel tank with a fuel efficiency of about 40 kmpl, which was also a feature that was in its favour.

The Yamaha FZ25 essentially looks like a bigger version of the FZ16, but comes with improved styling and better features. Visually the bike gets muscular, beefed up stance, slender headlamp, split seats and sharp lines that give it an imposing look. In fact, it also gets several elements from Yamaha's global MT-Series like the tank extensions, side panels, headlamps, and even the tail section. Auto Headlamp On (AHO) function as standard and the wheels gets disc brakes at both ends. Sadly it misses out ABS, but that is the case with all the rivals it went up against at the jury round. Although we hope Yamaha considers offering ABS at least as an option soon. The bike also gets an all-digital instrument cluster that's a quite informative.

Overall, the Yamaha FZ25 is a perfect package that offers a decent amount of power, best in class torque and a highly capable bulletproof engine that can go all day long. Add to it the sporty design and the host of smart features and you have one of the ideal entry level premium motorcycles here.