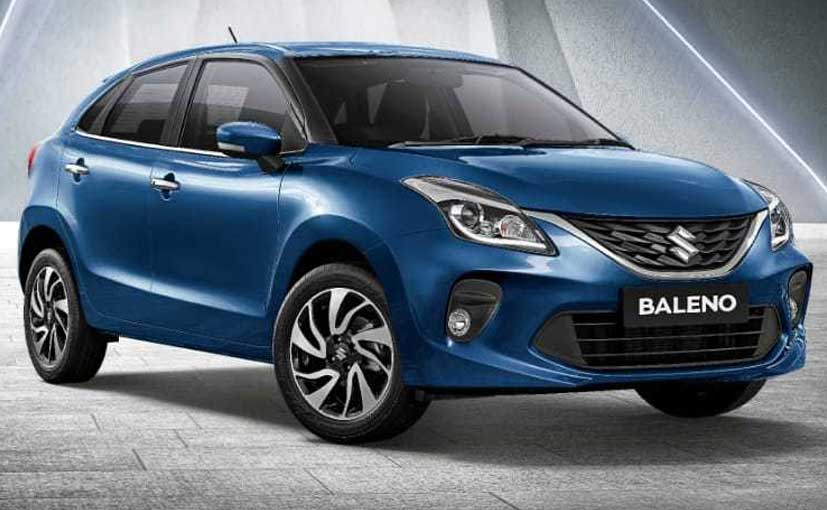 The 2019 Maruti Suzuki Baleno facelift has been launched today in India with prices starting at ₹ 5.45 lakh for the base petrol variant going up to ₹ 8.77 lakh for the top-end petrol automatic variant. Prices for the base diesel variant start at ₹ 6.60 lakh and goes up to ₹ 8.60 lakh for the top-end variant, all prices ex-showroom, Delhi. The Baleno has been the bestselling premium hatchback in India for a long time and Maruti has given it an update for the first time in almost four years. Prices of the 2019 Baleno facelift has gone up by up to ₹ 44,000, depending on the variants and drivetrain options.

Since it's a facelift, the changes weren't expected to be major and 2019 Baleno isn't a significant departure from its predecessor. For Instance, the 2019 Maruti Suzuki Baleno gets a new Bumper which sports a wider centre air-dam and air ducts on either side which are surrounded by C-shaped profile. The grille of the new Baleno now gets three-dimensional detailing and has also been slightly tweaked to make the face look wider which in-turn gives it a 'smiling face'. The lower bend of the chrome finish which forms a basin to surround the grille has been kept less sharp and more angular on edges to blend with the width of the grille. The new Baleno gets new set of dual-tone 16-inch alloy wheels while the side and rear profiles largely remain unchanged. Moreover, Maruti has added two new colours in the Baleno range- Phoenix Red and Magma Grey. 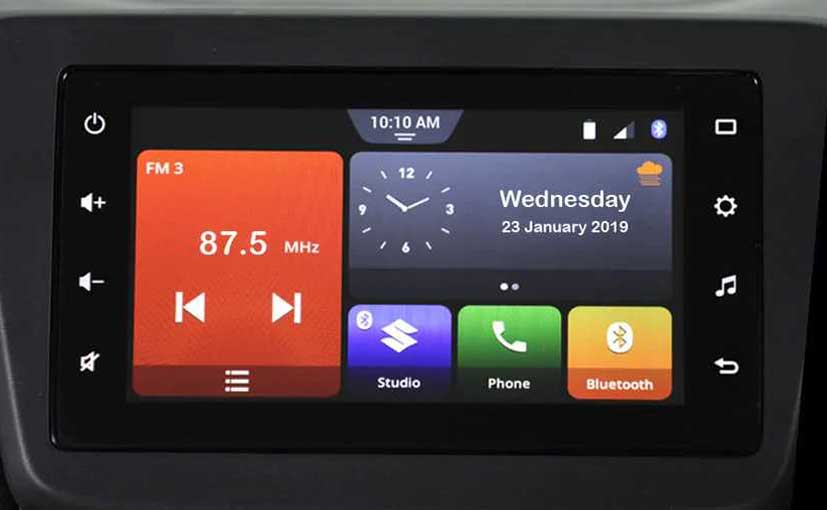 The 2019 Maruti Suzuki Baleno gets the new Smartplay infotainment system.

The cabin of the Baleno remains identical to the outgoing model in terms of design and finish and it continues with the all-black theme with silver and blue inserts. However, the biggest change has been made to its infotainment system which now gets Maruti's newly developed Smartplay Studio which is an advanced infotainment system. Apart from Apple CarPlay and Android Auto which were already part of the package, the SmartPlay studio will let you listen to the latest music, surf news, get the latest updates on weather and locate eateries around. The 7-inch touchscreen system also gives the users the option of customizing the interface. It not only enhances your driving experience with multiple media support and navigation but also informs you about your car's status via vehicle alerts.

The drivetrain options on the new Baleno also remain unchanged. The 2019 Maruti Suzuki Baleno has a 1.2-litre petrol and 1.3-litre diesel engine options. While both the engines are mated to a five-speed manual gearbox as standard, the petrol Baleno also has a CVT automatic variant. Moreover, safety features such as dual airbags, ABS (Anti-Lock Braking) with EBD (Electronic Brake-Force Distribution), ISOFIX child seat mounts and Rear parking sensors are standard across the range which helps the new Baleno to comply with the upcoming safety norms.