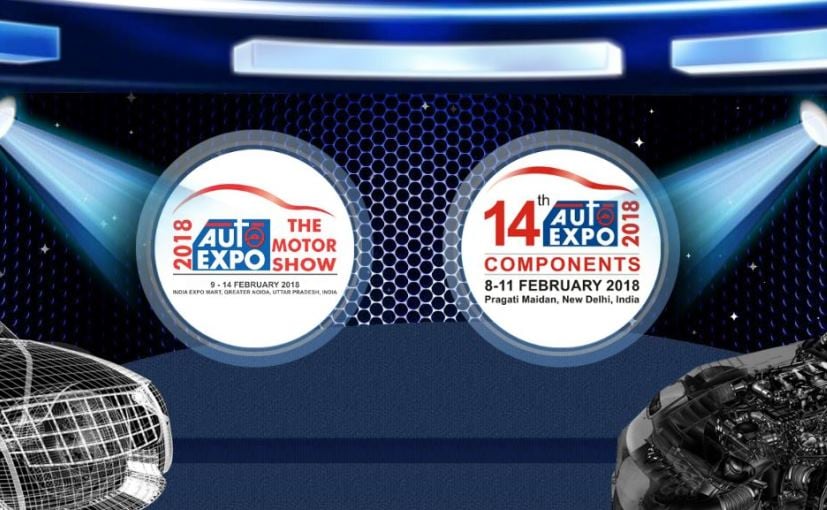 The 2018 Auto Expo's second day is turning out to be quite eventful with some exciting launches and unveils. Mauruti Suzuki India has launched the new-gen Swift hatchback at an introductory starting price of 4.99 lakh to ₹ 8.29 lakh (ex-showroom, Delhi). From the world of motorcycles, UM has launched India's first geared electric cruiser bike Renegade Thor starting at 4.99 lakh (ex-showroom, Delhi). Bengaluru-based start-up Emflux Motors will be introducing India's first electric superbike, pre-orders for which will commence from July 2018. Even Twenty-Two Motors has launched their electric scooter Flow and US-based Cleveland CycleWerks has unveiled its line-up for India.

The new Maruti Suzuki Swift is based on the company's new Heartect platform which is more rigid and lighter. With an all-new design and more modern styling, the new Swift looks contemporary and smart. Feature list includes - LED projector headlamps, LED daytime running lights, diamond cut alloy wheels and LED taillamp. These of course, will be exclusive to the top-end models. The car also gets updated interior with new upholstery, and dashboard featuring a SmartPlay touchscreen infotainment system equipped with Apple CarPlay, Android Auto and MirrorLink.. The car also gets automatic climate control, a flat-bottom steering with mounted controls and dual airbags, ABS and more.

06:30 PM
Auto Expo 2018 Day 2: Top Highlights Of The Day
The second day of the Auto Expo 2018 has successfully come to an end what an eventful day it has been. Here are some the top highlights of the day: 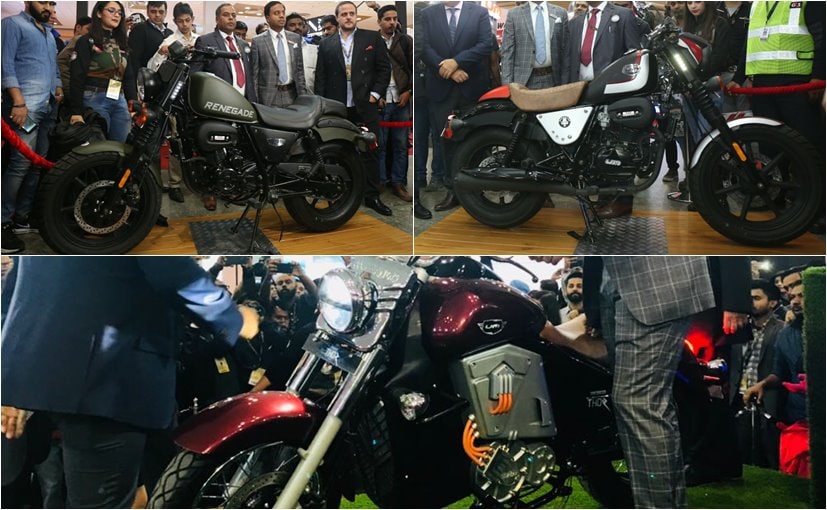 03:39 PM
Auto Expo 2018: A Closer Look At the Emflux One Electric Superbike
The Emflux One is India's first electric superbike. It offers a range of 150 km when ridden at 80 kmph and a 200km range when ridden in average city speed. The bike comes with LED headlamp, indicators mounted on the mirrors, LED taillamp, and single-sided swingarm. 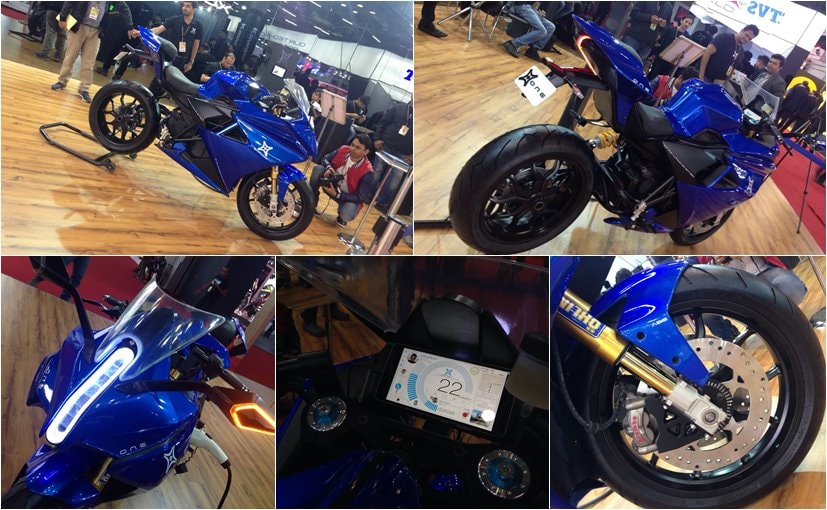 Here are the bikes in images- 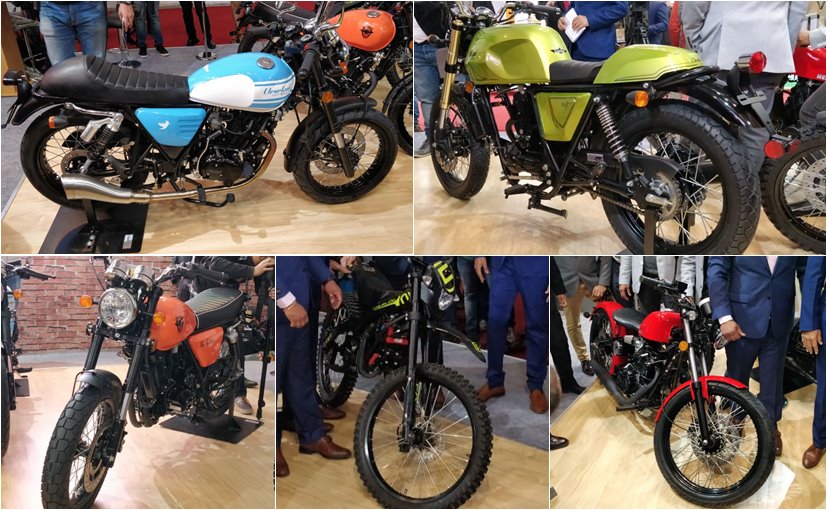 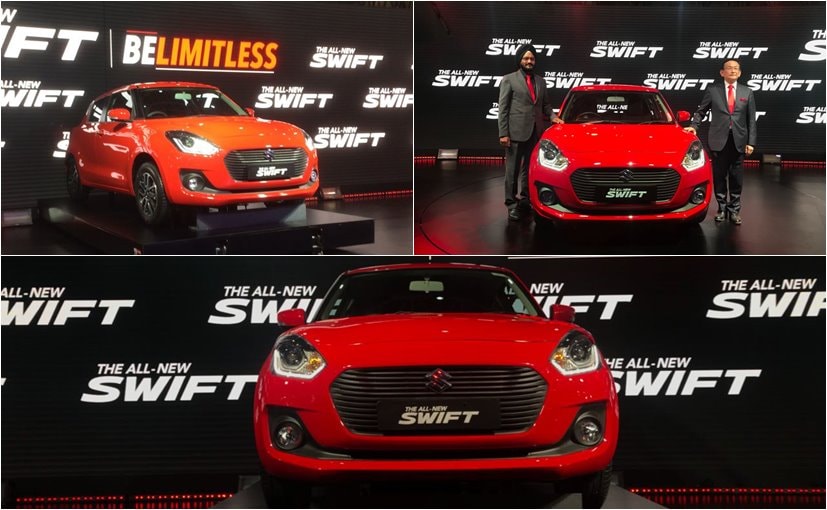 02:13 PM
Auto Expo 2018: Maruti Suzuki Swift's Engine Options Remain Unchanged
Engine options include a 1.2-litre K-Series petrol motor that makes 82 bhp and 113 Nm of peak torque and a 1.3-litre diesel engine that makes 74 bhp and 190 Nm of peak torque. Both engines come with a 5-speed manual gearbox as standard, along with an optional 5-speed AMT units as well, with the mid-level V and Z variants.
02:11 PM
Auto Expo 2018: Maruti Suzuki Swift - Interior Features
The new-gen Maruti Suzuki Swift also gets an all-new cabin with black interior and silver inserts for the dashboard. The biggest change, is of course, the new dashboard design which comes with large Smartplay touchscreen infotainment system, a stylish automatic climate control, and a flat-bottom steering wheel with silver insert and mounted controls for music and telephony. The is a new instrument cluster as well with large bug-eyed pots for tachometre and speedometre. 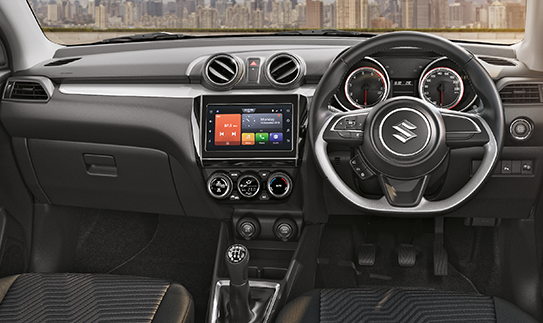 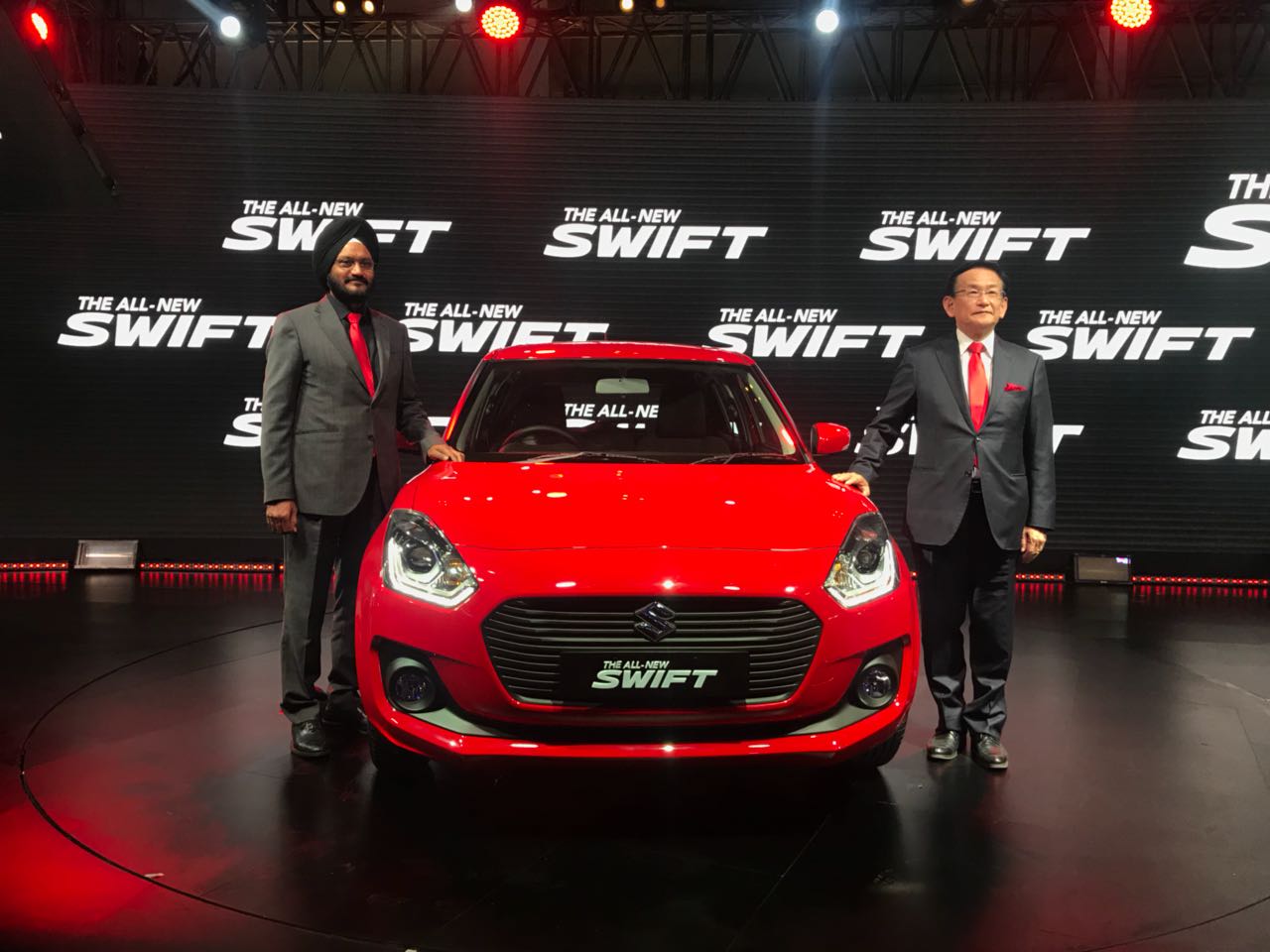 01:25 PM
2018 Auto Expo: Maruti Suzuki Swift Variants and Prices
The new Maruti Suzuki is offered in 4 primary variants, which are further classified into 12 iterations based on engine and transmission options. 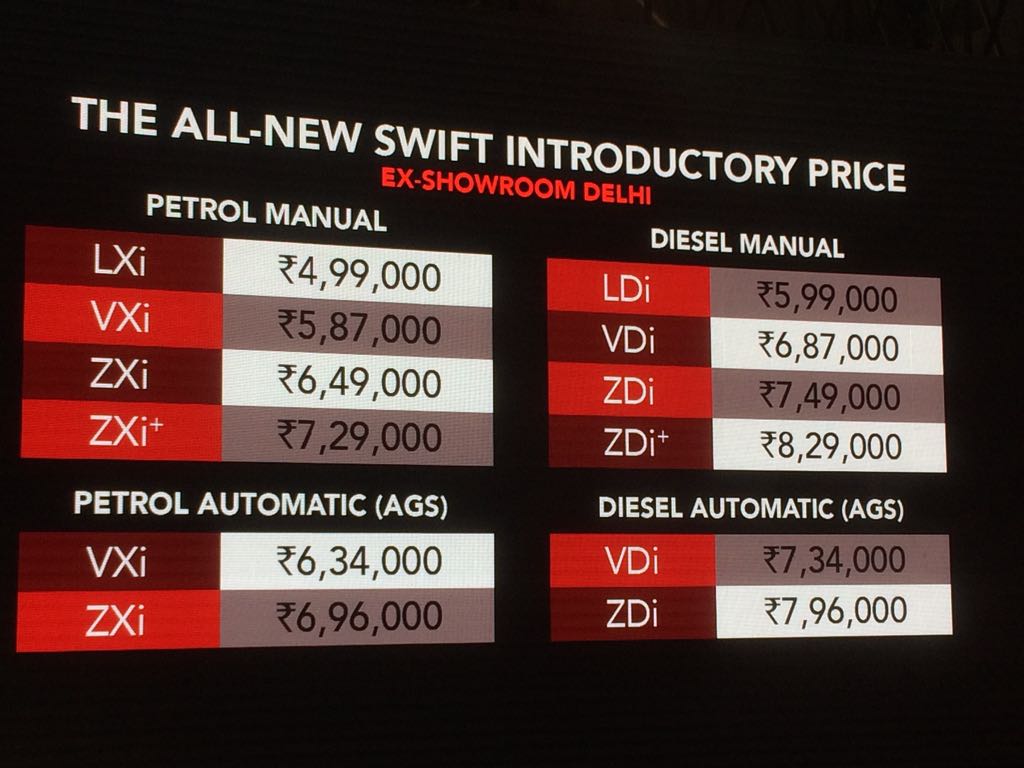 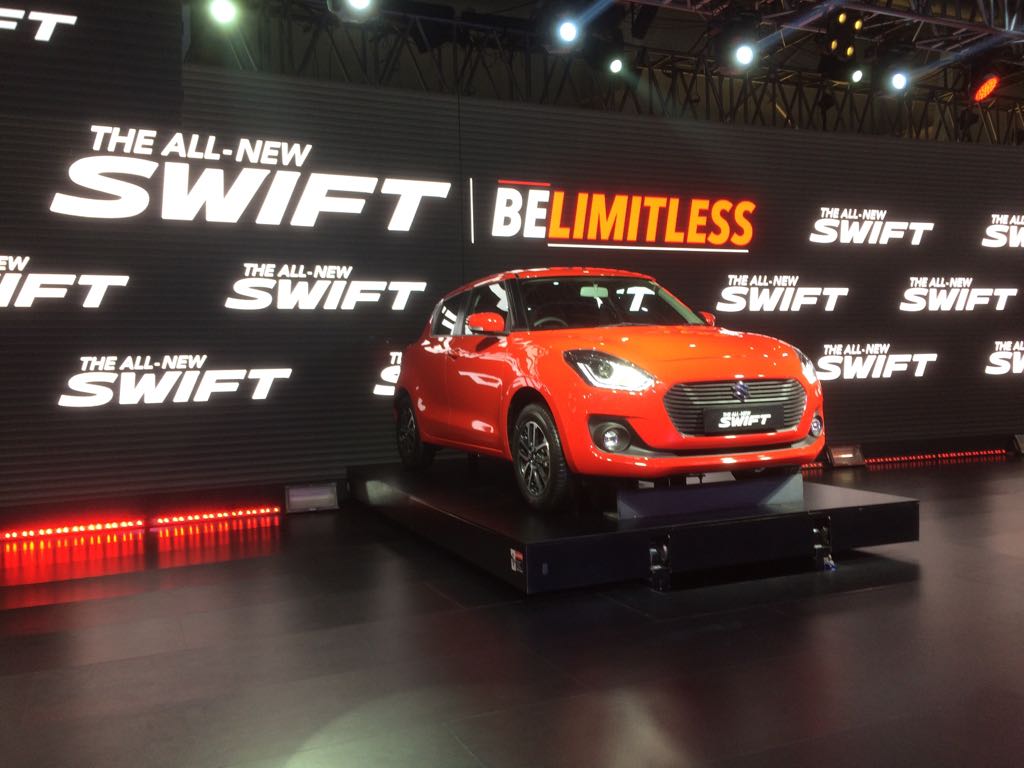 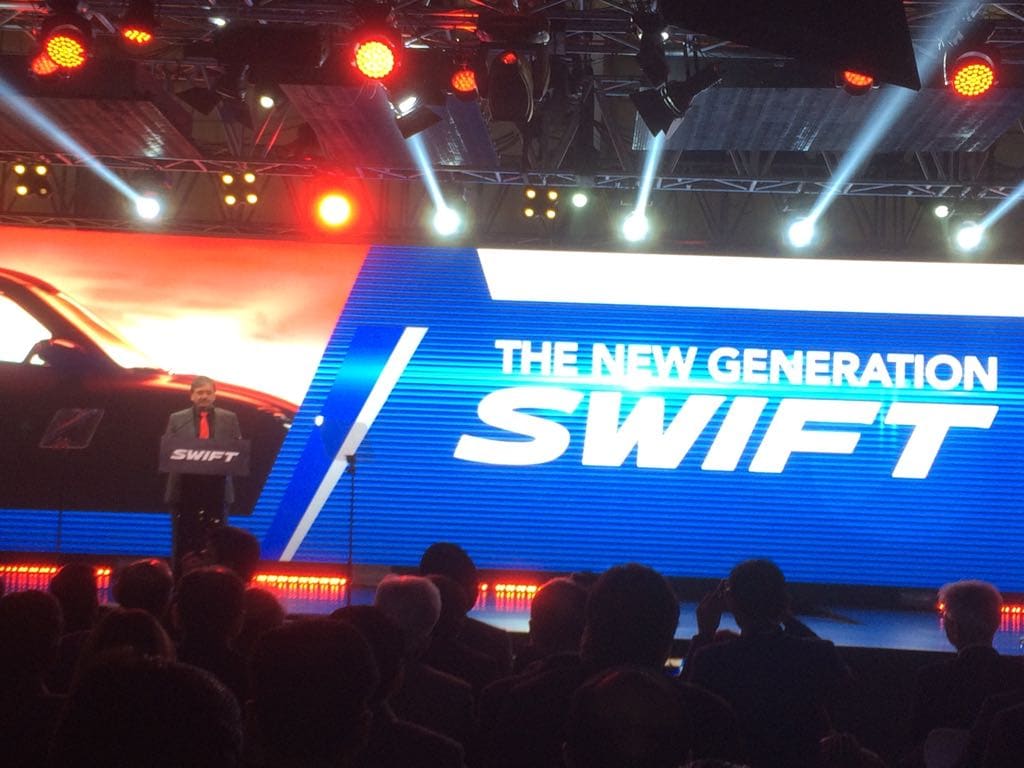 12:26 PM
Auto Expo 2018: The Swift Brand Accounts For 5.8 Million Customers in India
So far Maruti Suzuki India has sold 5.2 million Swift hatchbacks in India and we are set to get the third generation Swift now.
1st car to be launched in the MS Arena showrooms 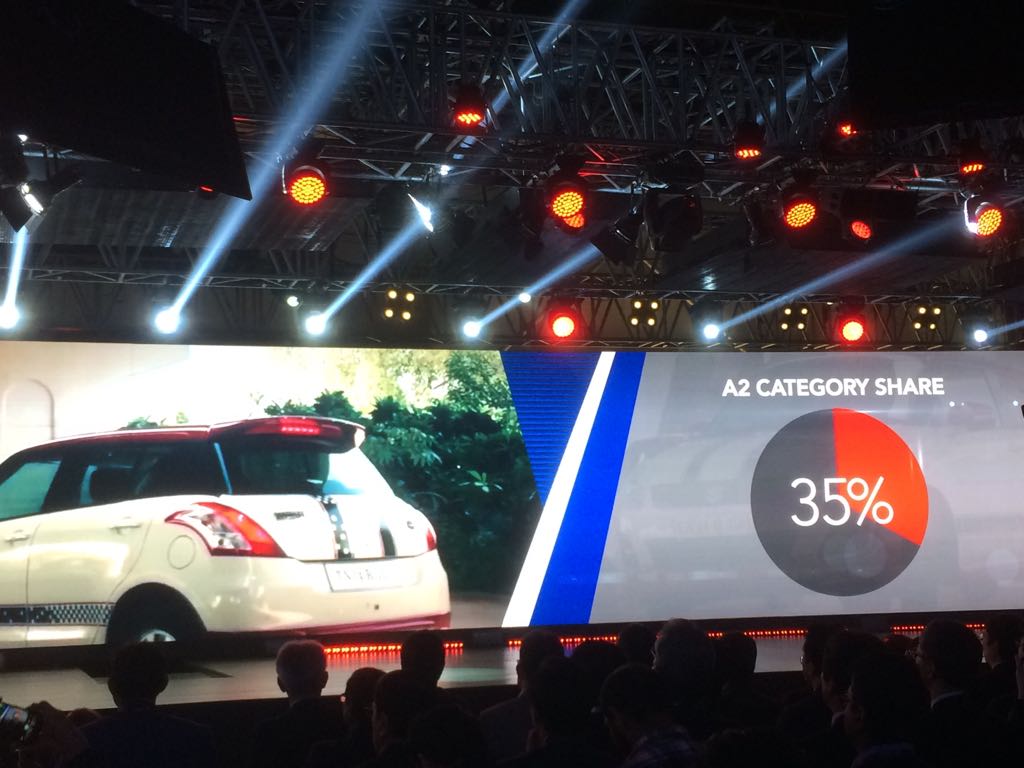 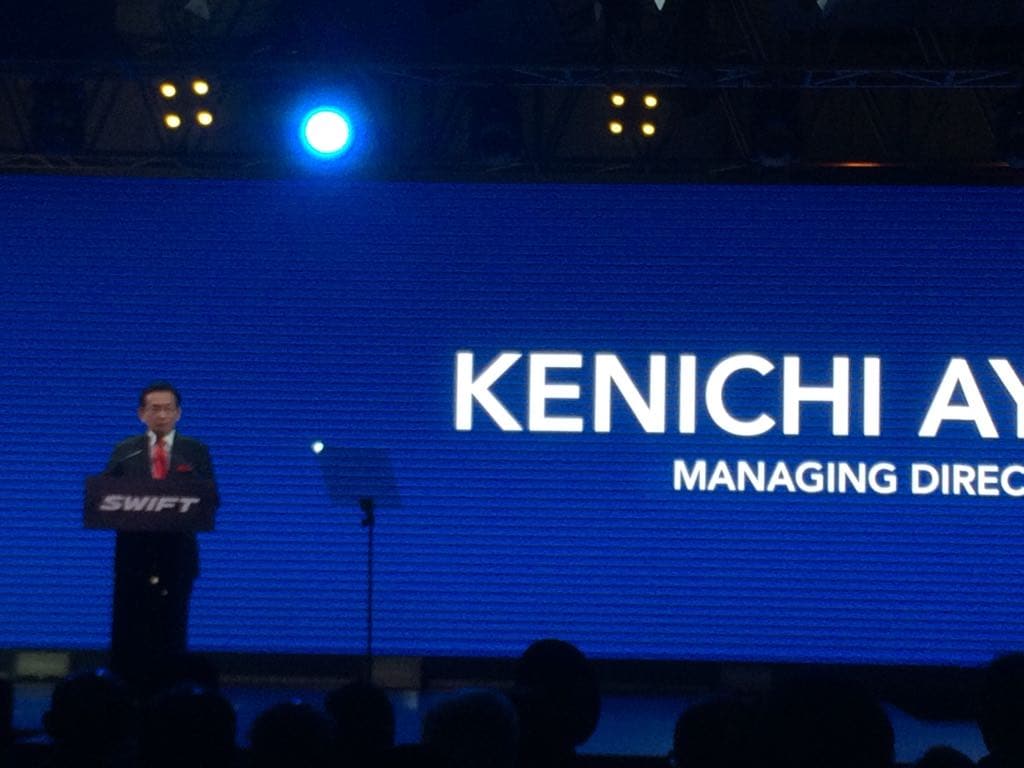 Both bikes will be powered by a 230 cc engine 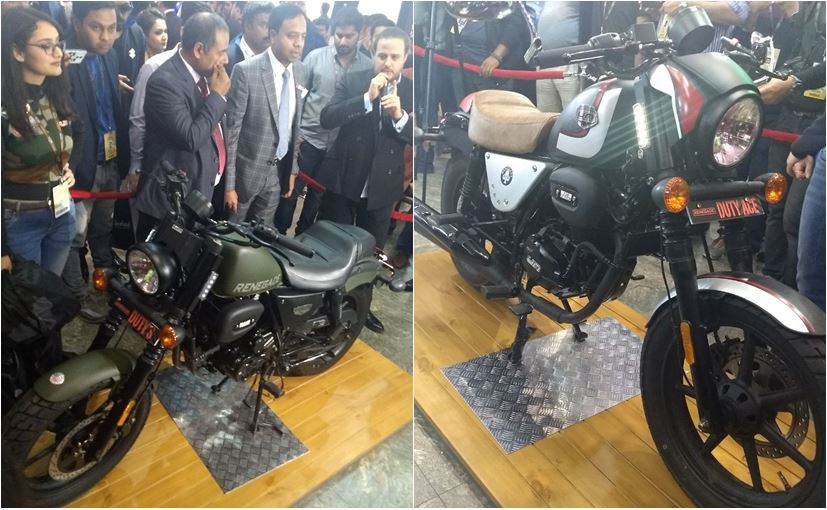 UM to also arrange a ride in Tuscany, Italy for first 50 customers. 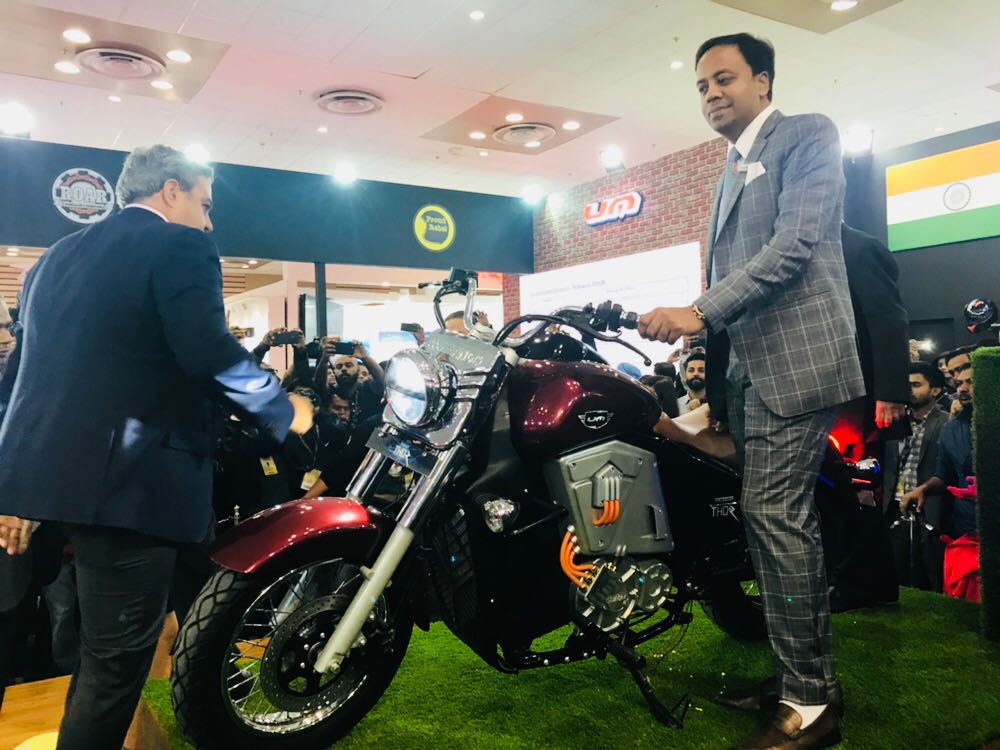 11:50 AM
Auto Expo 2018: UM To Unveil Renegade Thor Electric Cruiser and New 230 cc Urban Cruiser Renegade Duty
UM Motorcycles is all set to introduce two new cruiser bikes today. While the first one will be an all-electric Renegade Thor cruiser bike, the second one is a 230 cc urban cruise named Renegade Duty.

11:38 AM
Auto Expo 2018: Twenty-Two Motors Launches The Flow Electric Scooter at Rs. 74,740
The Flow electric scooter from Twenty-Two motors has been launched in India at an introductory price of Rs. 74,740. 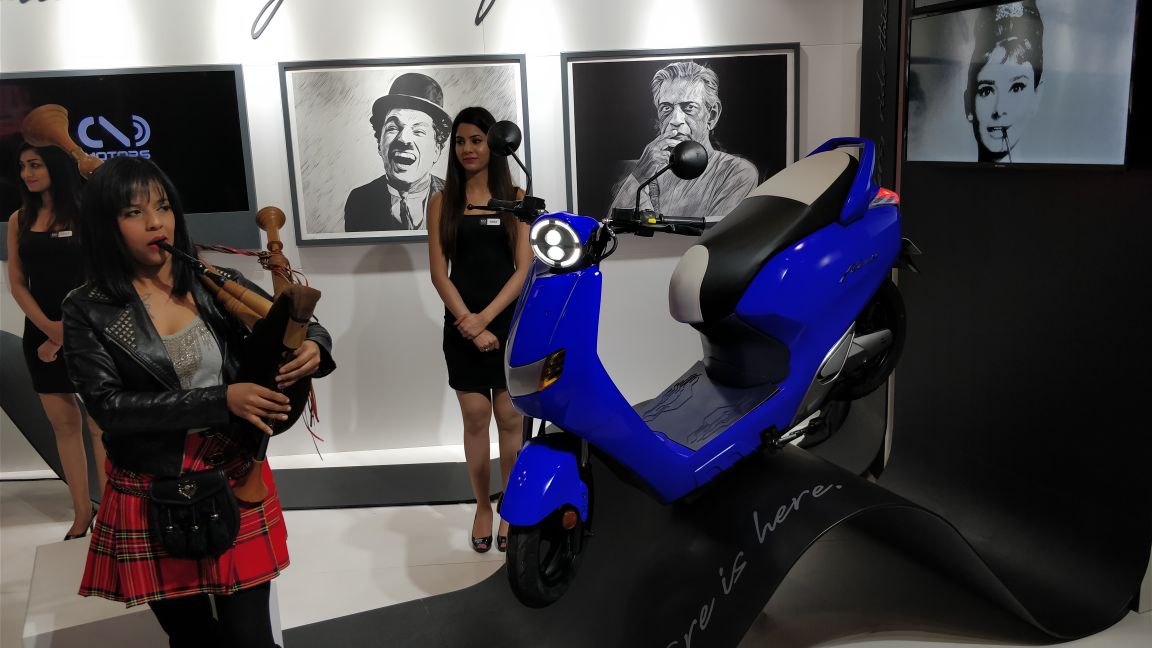 
The company has also applied 6 patents
11:22 AM
Auto Expo 2018: Twenty-Two Motors All Set To Unveil Its e-Scooter Flow
Twenty-Two Motors plays the Indian National Anthem before starting the press conference. 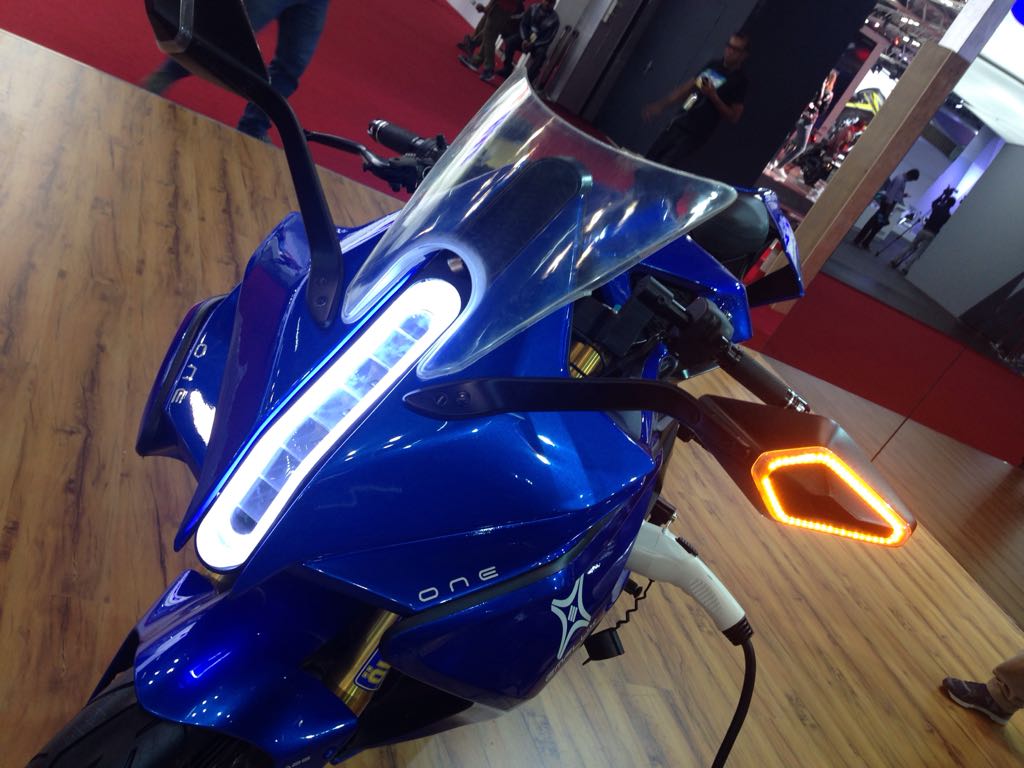 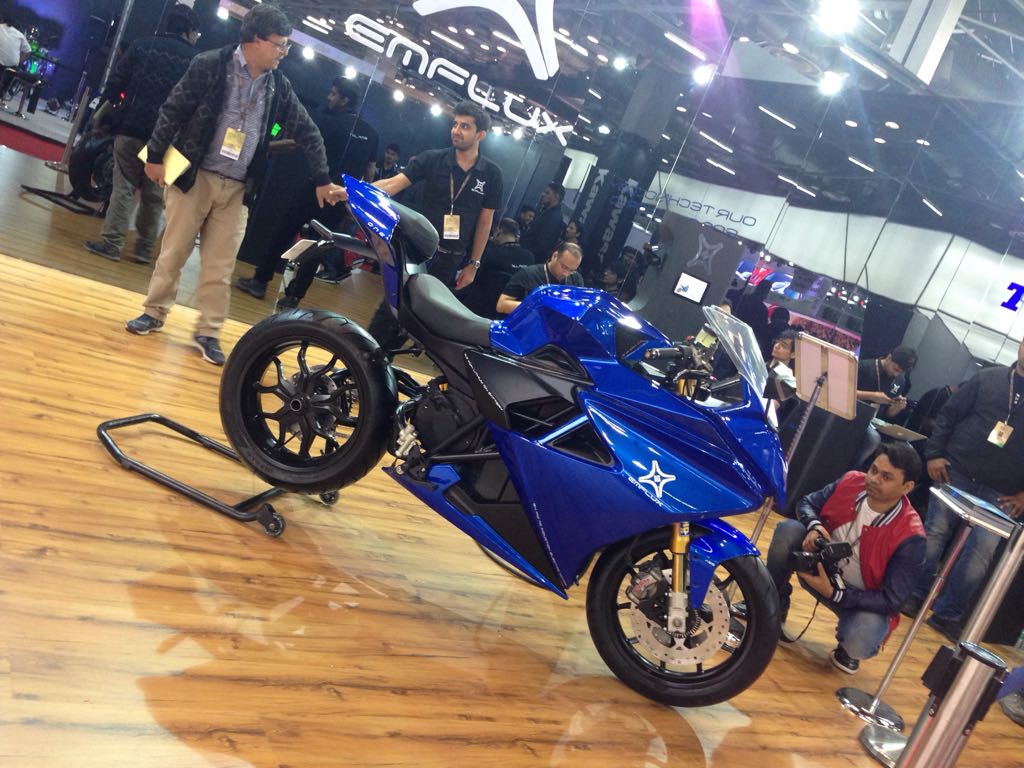 10:53 AM
And finally, here's the Cleveland Heist. Sadly this won't be launched anytime soon in India. 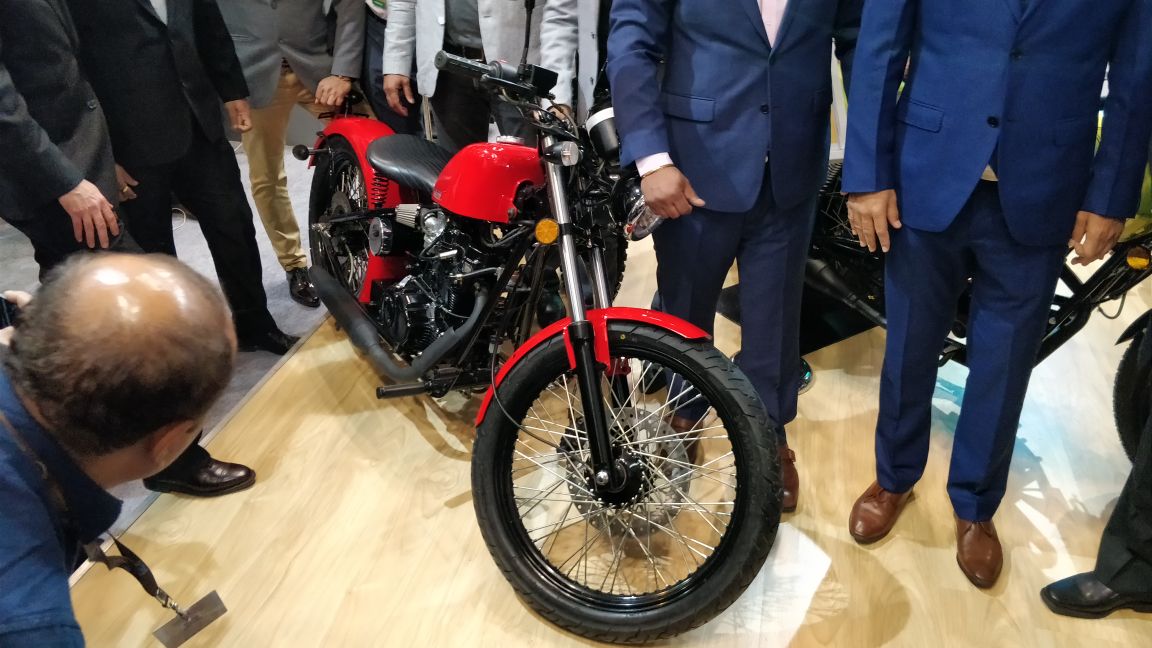 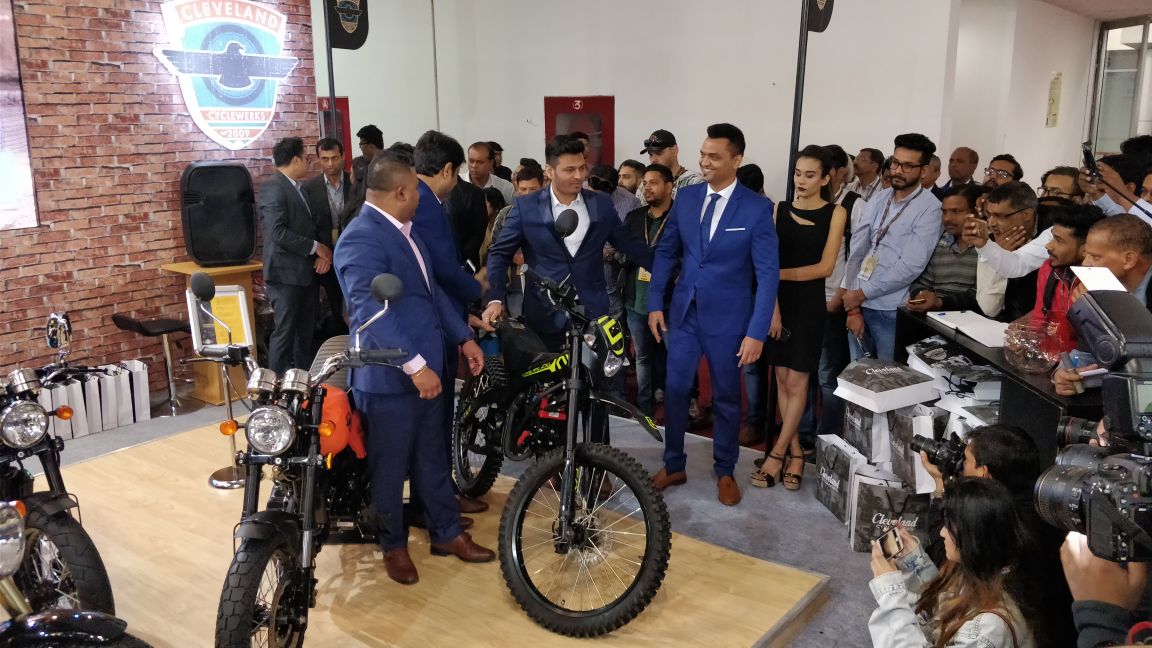 10:24 AM
And here comes the third motorcycle for the day - the Ace Cafe in subtle light blue shade. 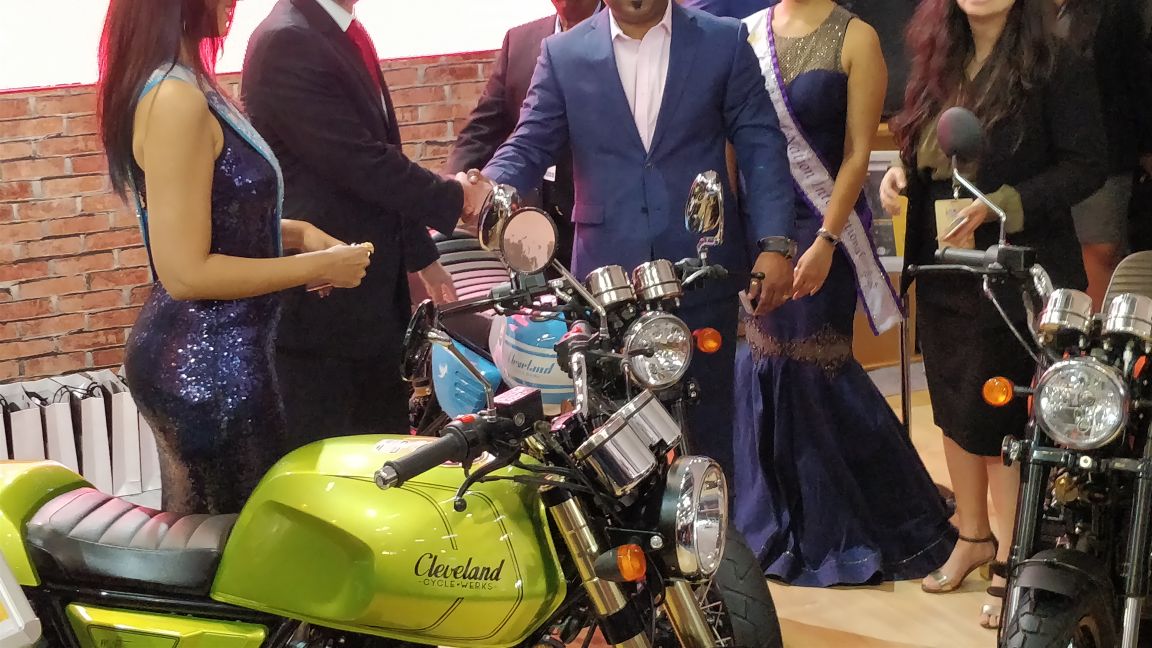 10:20 AM
Here's the second unveil for the day - the Ace Deluxe in bring orange. 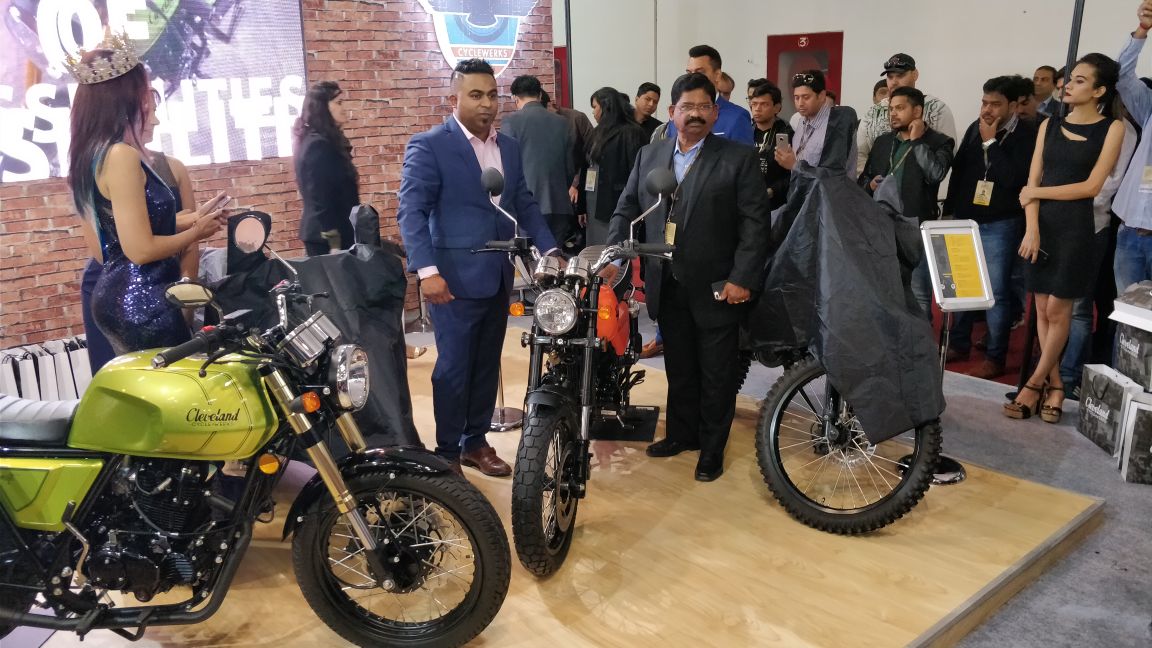 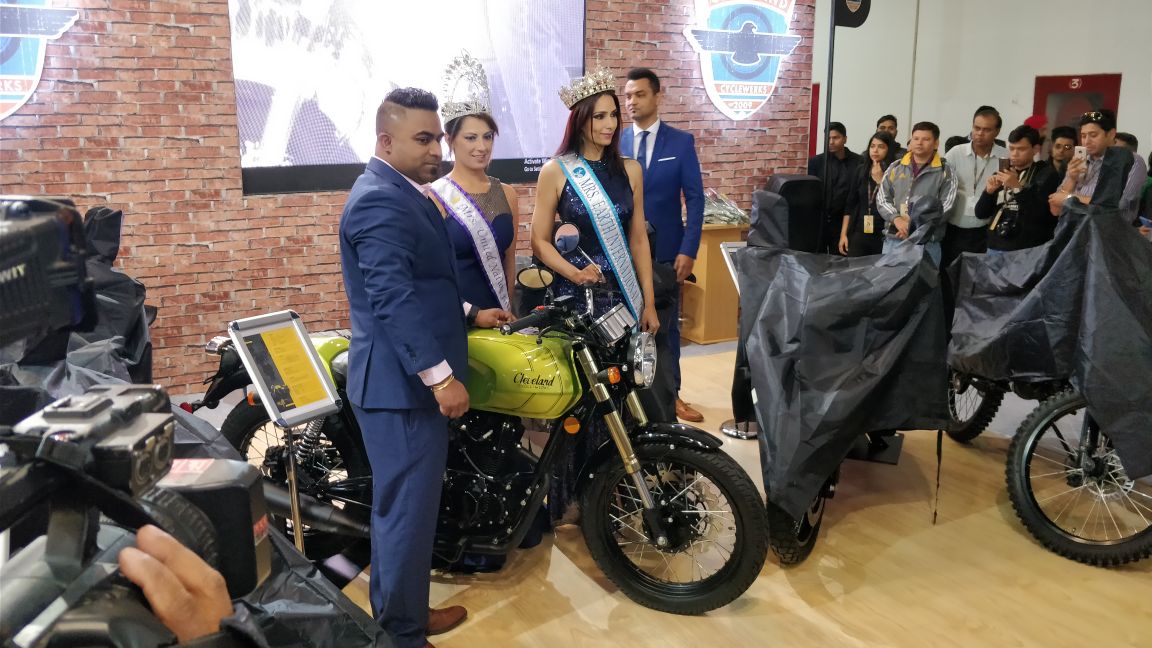 10:16 AM
Some of the bikes that Cleveland CycleWerks will be launching in India include -

The company will launch the Ace Deluxe, Ace Cafe, Ace Scrambler, and Misfit Gen-II,  will be launched in Phase 1
Load More

Maruti Suzuki Baleno RS
₹ 8.89 Lakh *
View More
Subscribe to Our Newsletter
Over 1.5+ Lakhs subscribers
Thank you for Subscribing to Us
x