But both drivers could not fend off DS Virgin Racing driver Sam Bird, who showed strong pace and a perfect strategy to beat both the Mahindras 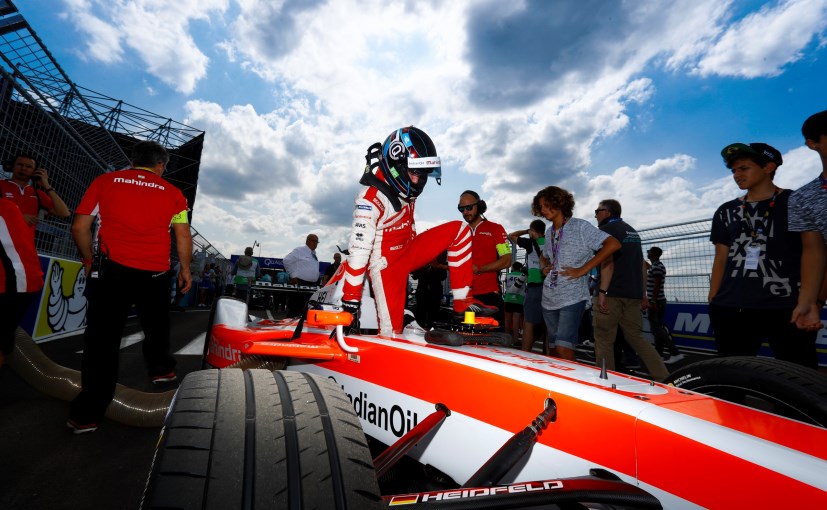 Mahindra Racing celebrated a double podium today in the second race of the inaugural New York City ePrix. The team secured its maiden win and double podium last month in Berlin, and now the win at New York gives Mahindra Racing something more to cheer about. Drivers Felix Rosenqvist and Nick Heidfeld, driving the all-electric M3Electro racecar, both reached Formula E's unique Super Pole shootout session to start the race from 2nd and 5th place respectively and both drivers ended up on the podium in second and third place

Rosenqvist took advantage of a clean starting line to pass eventual race winner Sam Bird into the first corner of the 49-lap feature. Heidfeld also made gains in the opening laps of the race to follow his teammate into the podium positions. Sadly, the team was unable to hold the lead, as Bird took back P1 shortly after lap 10 of the race. However, the impressive 2-3 podium represented a dramatic change in fortunes for the team after a disappointing first race on the Brooklyn Cruise Terminal circuit, which was run on Saturday.

The first race saw Rosenqvist climb from 17th to 5th place, but he lost ground and finished 15th on the grid. Heidfeld was forced to retire from 7th position with suspension damage.

Dilbagh Gill, Team Principal said, "I am delighted to secure our second double podium result of the season in this inaugural New York City ePrix weekend. We cannot hide from the disappointment of the opening race on Saturday, but it made us even hungrier to get a fitting result in Sunday's extended race. This has been an important weekend for Mahindra Racing, so to end it with second and third place is really positive. We have shown that we can bounce back from a difficult race, and our aim now is to finish the championship on a high."

But both drivers could not beat DS Virgin Racing driver Sam Bird, who showed strong pace and a perfect strategy to beat both the Mahindras. Bird started from pole but lost the lead to Rosenqvist on the run to Turn 1 but stayed glued to Rosenqvist's tail. Finally on Lap 10, he managed to get back into the lead and well, there was no looking back after that.

The podium finish put Rosenqvist in 3rd place in the overall standings with 104 points, still 53 points short of the leader, Sébastien Buemi. In just two weeks Mahindra Racing will be back in North America for the final two rounds of the 2016-2017 FIA Formula E Championship. Heidfeld and Rosenqvist will have another chance to swipe some of the last remaining points on offer with a double-header in the centre of Montreal, Canada.

Triumph Tiger 850 Sport Under Development; Launch Likely In 2021
52 minutes ago