The new-gen Mahindra XUV500 has been spotted testing in India for the first time and we believe it will make its way to the market by late 2020 or early 2021. The SUV segment has caught the fancy of Indian automakers and joining the fray next is Mahindra which is finally getting a strong contender to cash in on the increasing demand for such SUVs. It has already started testing the new-generation XUV500 for India and we are expecting it to get the same treatment what we already saw in the Mahindra XUV300 which has been a successful product for the Indian automaker. We have got you the very first spy pictures of this SUV which was spotted testing on the outskirts of Chennai. 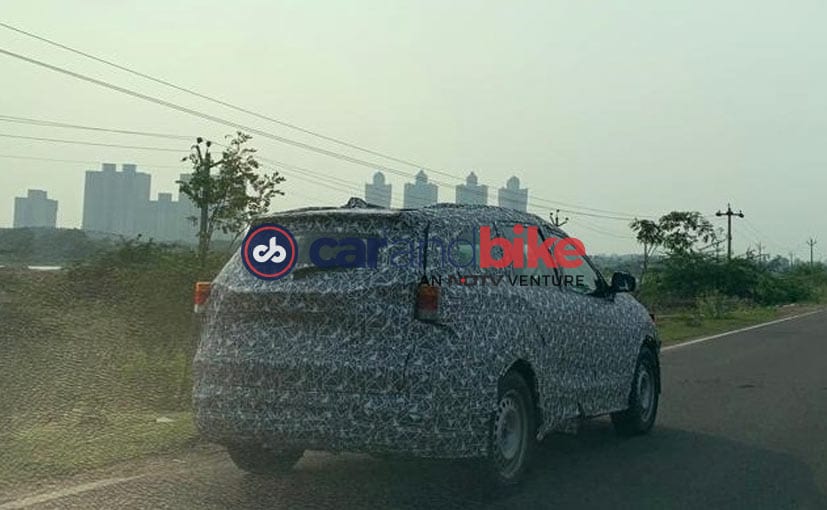 The new-gen Mahindra XUV500 will get styling, feature and powertrain upgrades for the Indian market.

The new-generation XUV500 will get styling, feature and powertrain upgrades for the Indian market. Quite customarily, the test mule is heavily camouflaged but elements like the family grille, dummy headlamps and steel rims (typically seen on Mahindra test cars) give away that it's a Mahindra.  Moreover, the model looks bigger going by its silhouette. That said, the new XUV500 sports the Mahindra family grille, a comparatively sleeker airdam and tight overhangs, the rear has been revamped and the license plate area has been moved onto the tailgate. The tailgate itself is more sculpted and it also gets a shark fin antenna along with roof rails.

Also Read: Mahindra Announces Subscription Based Ownership Experience On All Its Cars

Though, we have very limited information about its specifications, it is likely to get BS6 compliant 2.0-litre diesel engines and the platform on which the new-gen XUV500 is built, will be shared by Ford as well.

The SUV segment has been on a roll in India with quite a few new launches last year. While new carmakers like Kia and MG Motor have already upped the ante with the Seltos and Hector and have got a strong head start in our market, existing players are gearing up to give them a tough competition.