The Maruti Suzuki Ciaz facelift will come with an updates cabin with new faux wooden inserts for the dashboard and door panels along with few other changes. 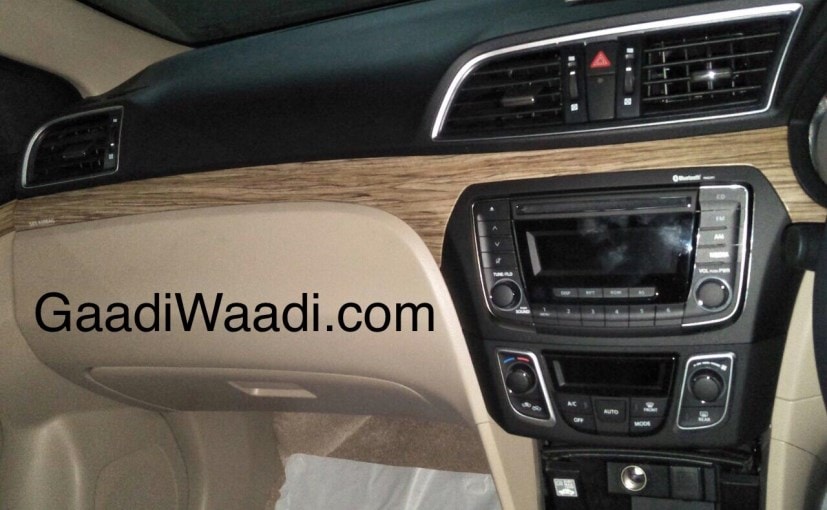 New images of the upcoming Maruti Suzuki Ciaz facelift have surfaced online and this time around we get to have close look at its updated cabin, better than the ones we saw before. Judging by the fact that this particular test mule features a 2-DIN audio system instead of the touchscreen infotainment system, indicates that this is one of the lower variants, possibly the Zeta trim as we do see mounted controls on the steering wheel. Most of the cabin features and equipment seem to remain unchanged, but, we do see that the dashboard has been reworked upon and it now come with a lighter shade of the faux wooden panel that runs across the length of the dash and on the door panels as well. 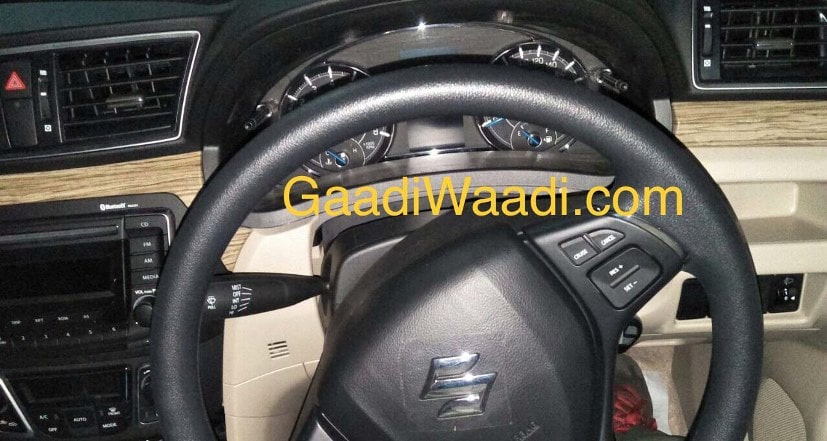 The rest of the cabin of the 2018 Maruti Suzuki Ciaz facelift appears to remain similar to the outgoing model and gets the same beige and black dual tone treatment. The instrument cluster has been tweaked a little, which gets a slightly repositioned MID. The air-con vents also remain unchanged and are still positioned in the same exact way as in the current model. We do not get to see the upholstery in these images, so it's possible we might see some change there. 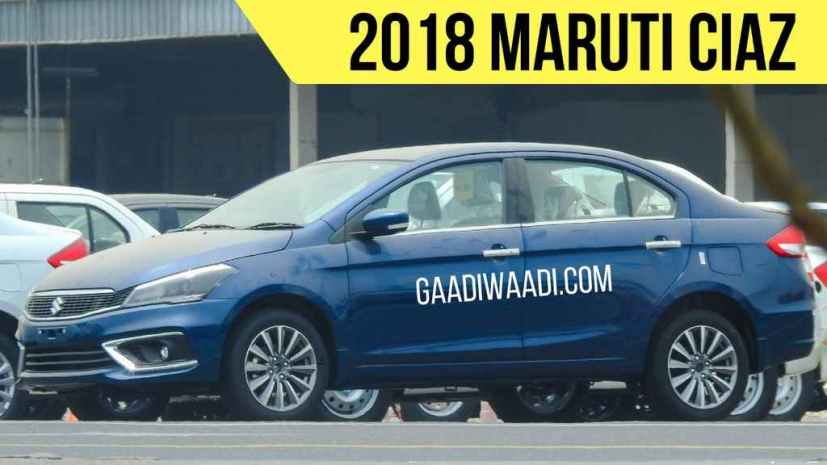 Some of the recent spy images also give us a glimpse of the exterior of the car which will come with a new face featuring a new grille, pair of restyled headlamps with projector lights and LED daytime running lamps. The car also gets a new bumper, housing a larger central air dam and edgy C-shaped design elements that border the foglamp housing. The alloy wheels look identical to the existing model and so does the rear, although the Ciaz facelift also features a redesigned rear bumper. 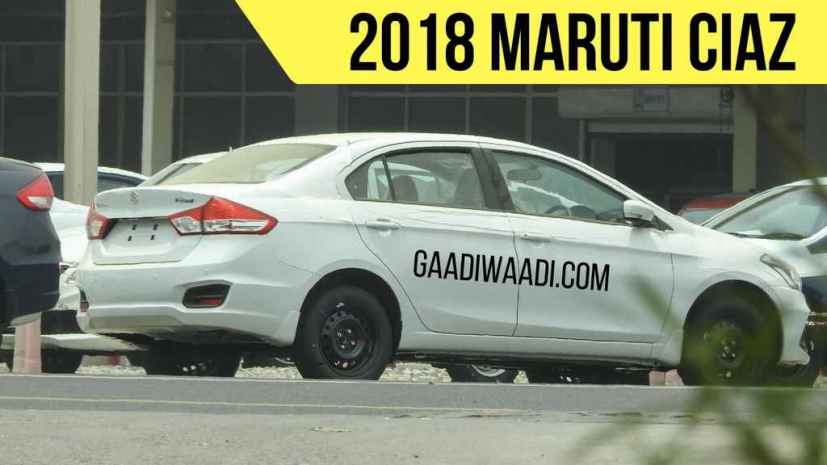 Under the hood, the upcoming 2018 Maruti Suzuki Ciaz is expected to get the new 1.5-litre petrol engine, a replacement for the existing 1.4-litre motor, which is also said to come with mild-hybrid tech. The diesel trim will get the tried and tested 1.3-litre DDiS engine paired with the SHVS (Smart Hybrid Vehicle From Suzuki) tech. Transmission options will include a 5-Speed manual gearbox as standard on both petrol and diesel options, and it's possible Maruti might introduce its automated manual transmission, AGS a.k.a. Auto Gear Shift, as well. We expect the car to be launched later this year, around the festive season.