The new-gen Suzuki Jimny will make it's global debut later this year at the Tokyo Motor Show, which is slated to take place in October 2017. 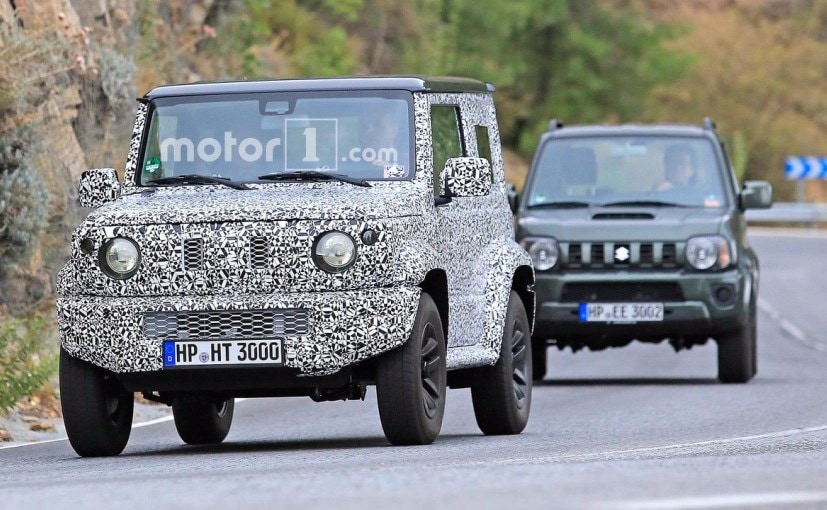 View Photos
The new Suzuki Jimny will make its public debut at the Tokyo Motor Show, in October

Not so long ago we brought you the leaked official images of the upcoming new-gen Suzuki Jimny that revealed the new design and styling of the iconic SUV. Along with it we also shared a set to spy image of the Jimny test mule undergoing road test. Recently another test mule of the upcoming Suzuki Jimny was spotted and this time the SUV was seen alongside the current-gen Jimny, which is great because now we can see the visual changes between the two. The test mule continues to be draped in full camouflage but judging by the photos it seems like the Jimny is nearing its production stage. The new Suzuki Jimny will make its public debut at the Tokyo Motor Show, in October. 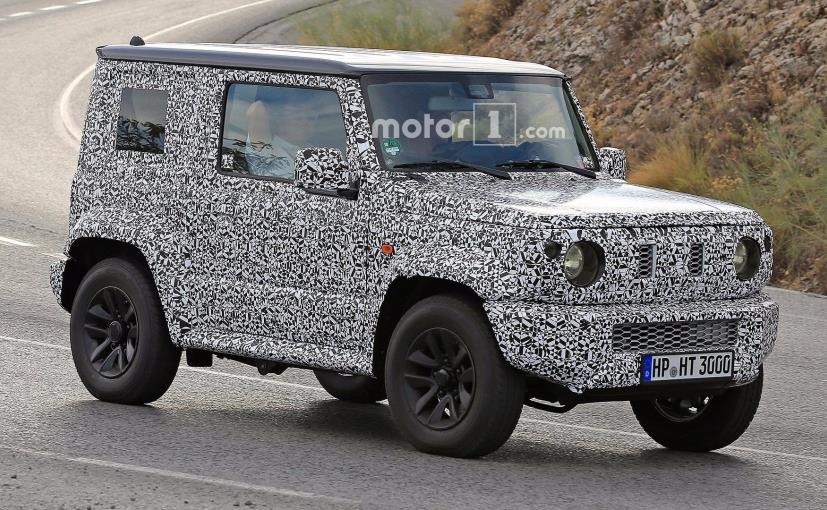 New Suzuki Jimny will be unveiled at the Tokyo Motor Show

Now, the Suzuki Jimny has always flaunted its boxy design and old school looks. Those have been its signature qualities and it seems like the new Suzuki Jimny will also have them in abundance. In fact, the new Suzuki Jimny is boxier than ever and the new design makes it look like a two-door baby G-Wagon. While the entire body is covered in camouflage the roof is painted in glossy black, this could also mean that the new-gen Jimny might get some dual tone colour treatment, which has been very common in the current-gen Suzuki cars. 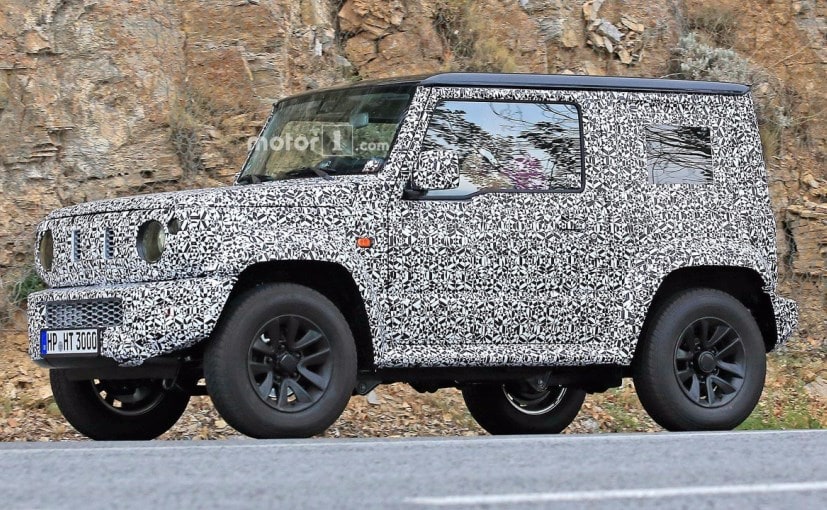 Compared to the old Jimny, the face of the new-gen model is entirely different but the off-roader still carries some of the styling cues from the previous one. For instance, the iconic 5-slot grille design with the Suzuki logo at the centre is present in the new Jimny as well and we can see two of those slots in the spy images as well. The headlamp design though has completely changed and now the SUV comes with separate round unit for headlamp and a separate one for the indicators. The new Jimny also comes with a more muscular bumper with round foglamps, a clamshell style bonnet. The Jimny continues to be a two-door model with flared wheel arches and side skirts and twin-5-spoke black alloy wheels, boxy ORVMs. The rear comes with a tailgate mounted the spare wheel and different coloured-lights on the rear bumper. 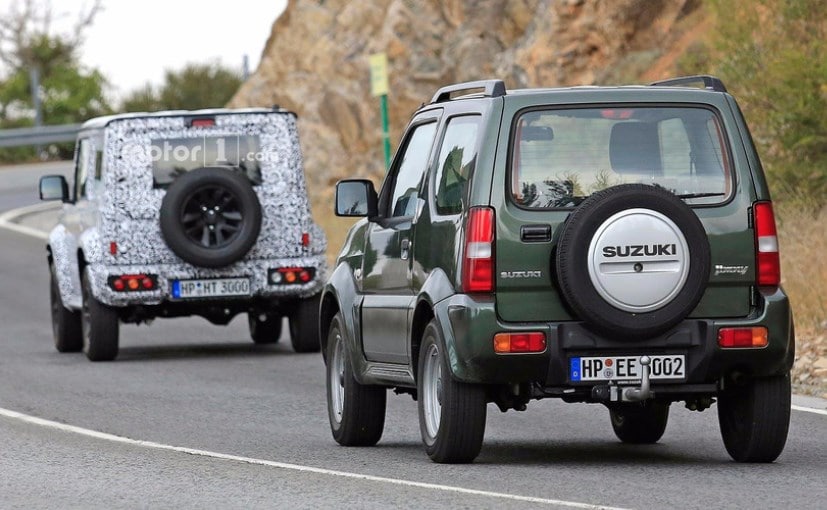 The cabin is not visible in these images but based on the leaked photos from last time we can tell you that the interior will also be all-new. The new dashboard design will come with a modern classic look with large control dials and knobs, a touch screen infotainment system, large two-pot instrument cluster and more. 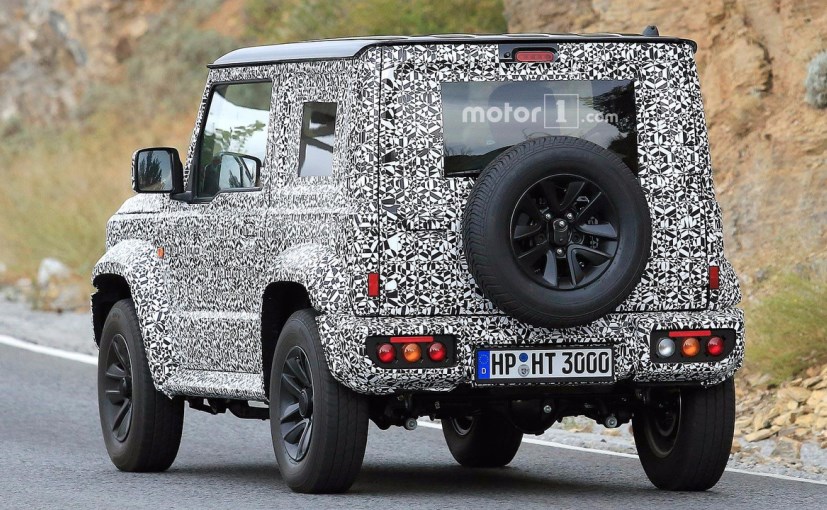 The SUV will also come equipped with Suzuki's Allgrip Pro 4x4 system for improved capabilities. On the other hand, engine options are likely to include the 1-litre BoosterJet turbocharged petrol, as well as the 1.2-litre petrol options. Reports also suggest of a 0.66-litre petrol engine making it under the hood in certain markets.