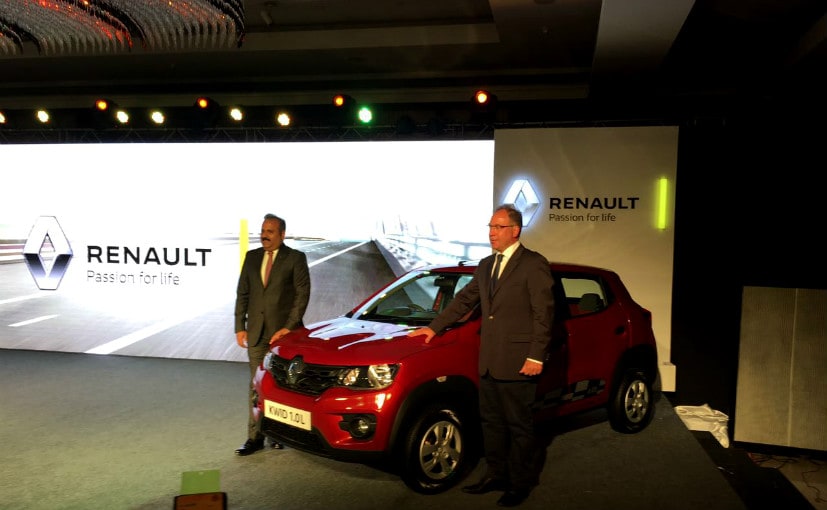 Renault Kwid 1.0, the more powerful twin of the popular small car from the French carmaker has finally launched in India. Priced at just ₹ 22,000 over the standard Kwid RXT variant, Renault offers the 'Kwid 1.0' in the country at a starting price of ₹ 3.83 lakh (ex-showroom, Delhi). We also get a Kwid 1.0 RXT (O) with driver side airbag which also comes with the same price boost from the 800cc Kwid RXT (O) variant. There are even a handful of cosmetic updates which we have spoken about in our detailed review of the Renault Kwid 1.0-litre trim.

While you might have guessed it from the name itself, the Renault Kwid 1.0 is powered by a new 1.0-litre i.e. 1000cc three-cylinder petrol engine that is capable of churning out 67bhp and develops a satisfying peak torque of 91Nm. The motor is a significant upgrade over the 800cc version currently available. The engine continues to be paired with a 5-speed manual transmission borrowed from the Kwid 800cc version, but Renault has promised to launch an AMT version as well by the end of this festive season.

Similarly, the fuel efficiency has also changed and for that matter, it has gone down a bit compared to the smaller 800cc engine with the Kwid 1.0 returning an ARAI certified mileage of 23.01Km/l. Interestingly, the fuel efficiency figure is close to the segment leader Maruti Suzuki Alto K10 that returns 24.07Km/l. 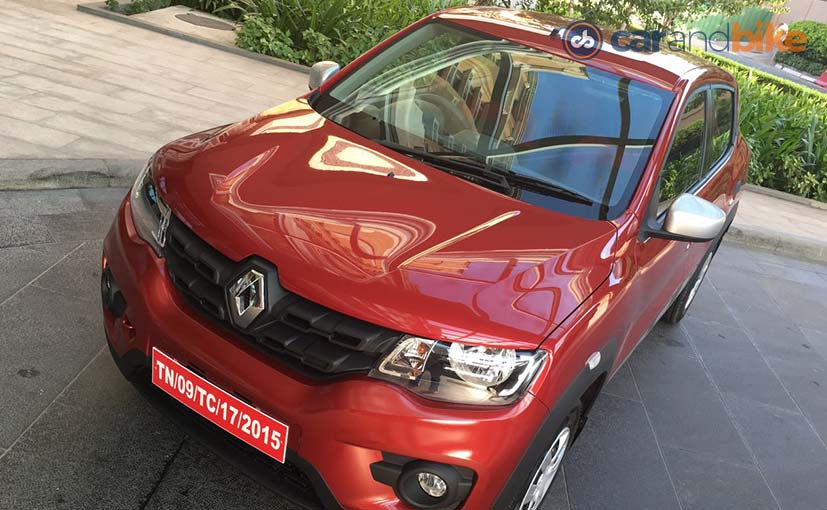 Talking about cosmetic changes, the Renault Kwid 1000cc or 1.0-litre trim, looks largely identical to the regular version, save for the new chequered flag 1.0 decals that replace the mouldings on the side profile of the car. In fact, even the ORVMs are now slightly larger and are finished in contrast silver. Considering the new 1.0-litre engine is only offered with the top-of-the-line variants, we would've also liked alloy wheels as standard, but maybe Renault decides to fullfil our wish with the AMT version. Other features remain the same on the model with the 180mm ground clearance, SUV inspired design and and the 300-litre boot capacity making it to the more powerful model as well.

Renault India is offering the Kwid 1.0 in the two higher variants - RXT and RXT (O), with the latter adding features like the power windows, touchscreen infotainment system with navigation as well as USB and AUX support. You also get seatbelt pretensioner and driver side airbag as optional safety features on either variants. We do miss ABS on the hatchback, which would've made an interesting addition to the entry-level model.

The automaker has also worked to improve the overall NVH levels on the hatchback, which comes courtesy of the reworked timing chain, clutch, as well as engine mounts.

The Renault Kwid 1.0-litre will be going up against the Maruti Suzuki trio of Alto K10, Wagon R, Celerio as well as the Hyundai Eon and Tata Tiago. Renault is also working an on Easy-R AMT version that will face competition from the Alto K10 AMT and the upcoming Tata Tiago AMT. Kudos to Renault for keeping the prices under the ₹ 4 lakh mark.

Skoda Karoq Almost Sold Out In India
34 minutes ago