The Tata Nexon EV is the first electric SUV from the home-grown automaker and it will get the company' new Ziptron electric powertrain technology. The car is expected to offer a range of 250-300 km on a full charge. The fully electric Tata Nexon EV is all set to make its global debut tomorrow, in India. Set to become the first electric SUV from the home-grown automaker, the new Tata Nexon EV comes with the company's new Ziptron electric powertrain technology and it is first of the company's new-generation electric cars which will also include the Altroz EV. The Nexon EV is slated to be launched sometime in the Q4 of the current financial year, so possibly between January and March 2020. More details about the launch are expected to be announced at the unveiling event, and here everything else you can expect from the new Nexon EV.

Also Read: Tata Nexon EV And Altroz EV To Be Launched With The Ziptron Powertrain Technology Visually, the Tata Nexon EV is likely to remain identical to the regular Nexon SUV

So far, we have seen several spy photos and teaser videos of the Tata Nexon EV, but in all of them, the car has been heavily camouflaged. However, based on the exposed sections, it is clear the Nexon EV will remain largely identical to the regular SUV. Having said that, Tata is also working on a facelift for the Nexon and it is also expected to be launch in early 2020, so we expect to see some visual updates on the electric version as well. Changes could include a new grille area, with revised headlamps, new bumper, and new taillamps.

Based on some previous teasers, the cabin and the seating layout is identical to the regular Tata Nexon, however, the car will get a fully digital instrument cluster offering information like battery level, range, and more. The car is likely to be offered as a single top-of-the-line variant so we expect it to come with all the bells and whistles like the 7-inch touchscreen infotainment system with Apple CarPlay and Android Auto, along with a multi-functional steering wheel and automatic climate control. The electric SUV is also likely to come with safety features like dual airbags, ABS with EBD, reverse parking sensors and camera, ISOFIX child seat mounts and more. 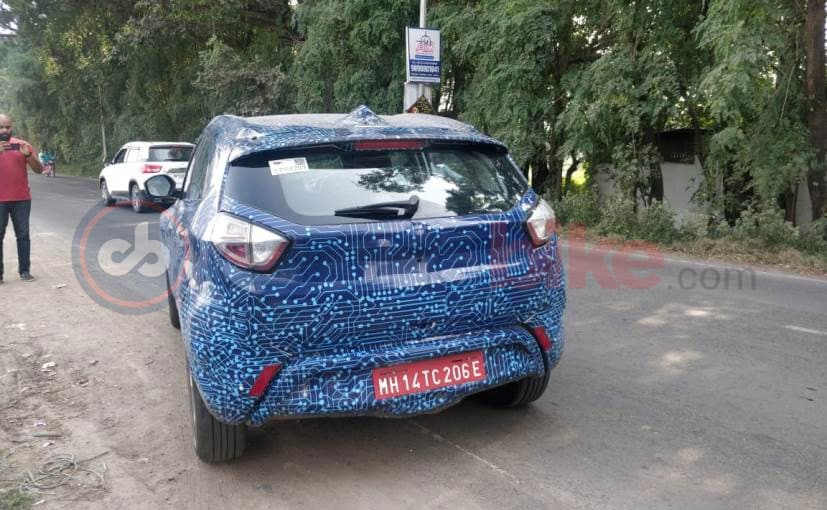 The Tata Nexon EV will get a permanent magnet AC motor powered by a Lithium-Ion battery, which will be liquid-cooled and IP67 certified, making it water and dust resistance. While the battery voltage and other specs will be announced at the unveiling, the motor will also get regenerative braking which charges the battery on the drive. The car will offer a rang of 250-300 km on a single charge. The Tata Nexon EV will also come with a dedicated Battery Management System (BMS), which is designed for an extended battery life of up to eight years and will offer consistent performance. The powertrain also gets a dedicated cooling circuit in a bid to provide consistent performance in hot weather conditions.

While the prices will only be announced at the time of its launch, next year, the Tata Nexon EV will be costlier than its petrol/diesel siblings, so we expect it to be priced close to ₹ 15 lakh.