Norton Motorcycles is an iconic British bike maker based out of Donnington Park in the UK. The bike maker will be entering the Indian market officially with the Kinetic Group, owned by the Firodias. The latter already retails niche, high-performance motorcycles in the country and will be retailing the bikes from Norton as well. The joint venture, a 51:49 partnership between Kinetic Motoroyale and Norton Motorcycles, and was announced at the 2017 EICMA Motorcycle Show in Milan. As part of the JV, Norton will be initially bringing two motorcycles in the country - Commando, and Dominator. Both bikes will be initially brought as Completely Built Units (CBU) from the UK but will be locally assembled in the country at a later stage in 2018.

Norton bikes borrow heavily from its retro past of the 1940s, 50s and 60s, and the inspiration is visible on the bikes. The Norton Commando 961 MKII mimics the styling of the original offering of the same and is available in two body styles - street and cafe racer. The Commando is shod with high-quality components including Ohlins suspension and Brembo brakes.

The Norton Dominator is a performance friendly cafe racer borrows heavily from the Domiracer and is intended to be the more aggressive offering off the two. The bike, like the Commando, borrows from the original Dominator MKI, equipped with higher spec cycle parts. This includes a fully adjustable Ohlins front forks Blackline unit, while the rear suspension is upgraded to a monoshock, unlike the Commando which uses twin shock absorbers. The Dominator also uses the same Brembo high carbon stainless-steel disc brakes. ABS is not offered on both bikes. Both the Commando and Dominator use the same 961 cc fuel-injected twin-cylinder motor tuned for 79 bhp and 90 Nm of peak torque. The motor is paired with a 5-speed gearbox on either offering.

Norton Motorcycles is scheduled to launch its first bike in India in early 2018 while the Dominator will join the line-up at a later stage. Both bikes will be sold via Kinetic's Motoroyale dealerships across the country.

Norton India offers a total of 2 bikes. The list of Norton bike models in the country comprises 2 sports bikes. Some of the popular Norton bikes in India include Norton Dominator, Norton Commando 961 Sport MK II. As of February 2021, Norton has a total of 1 dealerships spread across 1 cities in India.Check Norton price in India and also know Norton on road price, read Norton bike reviews, watch videos, compare Norton bikes online with bikes from other manufacturers and get news alerts from carandbike.com 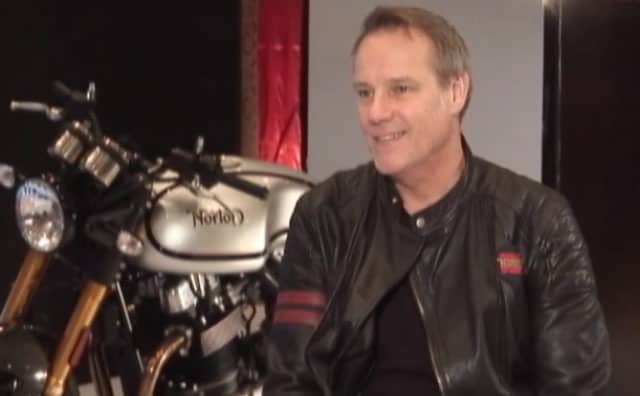