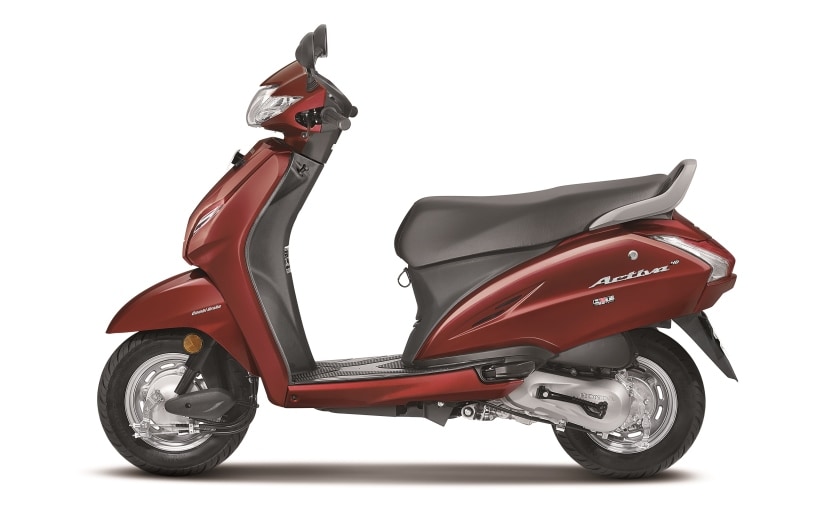 Honda launched the 110 cc Activa in India back in the year 2000. In the 17 years of its existence, the Honda Activa has seen several cosmetic changes, generation upgrades, and a couple different iterations as well (Activa i and Activa 125). Last year the Honda Activa surpassed the Hero Splendor to become the largest selling two-wheeler in India, and it still holds that spot.

Coming to the scooter itself, the 2017 Honda Activa 4G continues to be powered by the same 109 cc Honda Eco Technology (HET) engine, but as mentioned earlier, it is now BS-IV compliant. The motor is capable of churning out 8 bhp at 7500 rpm and develop a peak torque of 9 Nm at 5500 rpm while mated to an automatic CVT gearbox.

While the basic design of the scooter remains quite similar to the previous model, it now comes with better styling and some new features. The front apron design has been revised and now it comes with sharper character lines. The Activa 4G comes with a mobile charging socket now along with features like - tubeless tyres, large under seat storage space, comfortable riding position and more. The Honda Activa 4G also comes equipped with Combi Brake System (CBS) with Equalizer technology.