The new logo of Pininfarina comes with the addition of the number "90" at the end, written vertically and partitioned by a sharp red line in the middle, marking the 90th anniversary of the Italian design house.

Mahindra-owned Pininfarina has released a new special 90th anniversary logo to commemorate the Italian design house completing 9 decades in the industry. Founded by automobile designer Battista "Pinin" Farina in May 1930, in Turin Italy, the legendary design house began as a small car body shop called Carrozzeria Pininfarina, today it is credited for designing some of the most iconic cars. Over the years, Pininfarina has designed or built car for carmakers like - Ferrari, Alfa Romeo, Peugeot, Fiat, GM, Lancia, and Maserati.

The new logo continues to keep the distinctive signs of the brand remain intact, featuring the traditional coat of arms with the "f" surmounted by the crown, which has been a trademark since the brand inception. It now comes with some minor graphic tweaks. Below is the iconic lettering, Pininfarina, which became a part of the logo in 1961, when the company combined Battista's nickname "Pinin" and his surname "Farina". The new addition, of course, is the graphic sign, which is the number "90" written vertically and partitioned by a sharp red line in the middle. The colours remain those that have always identified the brand: blue, white and red. 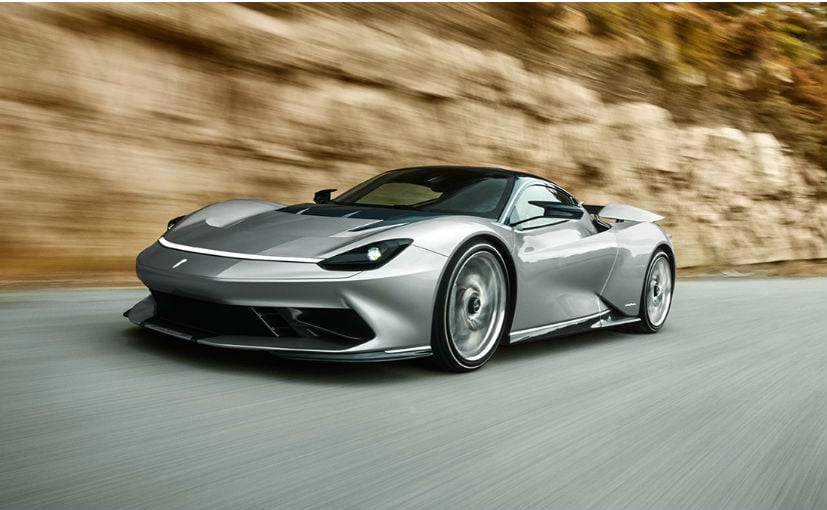 In 2020 the company will start the deliveries of its first hypercar, the Pininfarina Batista

Talking about the new logo, Chairman Paolo Pininfarina, said, "Our logo tells the world the story of a family and a company. This revisitation, designed specifically for the anniversary, also indicates a sense of direction: the line on which the number 90 rests rises from bottom to top as if directed at the future. Because, on the back of such an important past, that is where we are headed: towards new goals, new projects, new challenges."

Pininfarina will be celebrating its 90th anniversary throughout 2020, with special events in Milan, Turin, Geneva, and China. The company has also planned to compete in three special classes at the 2020 Concours d'Elegance Pebble Beach, where it will showcase some masterpieces. This is where the company will also likely to reveal the concept version of Automobili Pininfarina's second car, a fully electric S-LUV. The new SUV which will be positioned somewhere between a Lamborghini Urus, Porsche Panamera Shooting Brake and a Ferrari GTC4 Lusso, and the production version will arrive in 2021. In 2020, Pininfarina will also partake in the design week, in Miami and next year the company will also start the deliveries of its first hypercar, the Pininfarina Batista.