Maruti Suzuki Swift AMT option is now available for both the top-end ZXI+ and ZDI+ variants. Equipped with the company's auto gear shift (AGS) system, the ZXI+ AGS is priced at Rs. 7.76 lakh and the ZDI+ AGS at Rs. 8.76 lakh.

View Photos
At the launch, Maruti Suzuki Swift AMT was offered in VXI, ZXI, VDI and ZDI variants only

Maruti Suzuki Swift AMT, equipped with the company's auto gear shift (AGS) system, is now also available with the top-end variants. Priced at ₹ 7.76 lakh for the ZXI+ trim and ₹ 8.76 lakh for the ZDI+ variant (both ex-showroom, Delhi), the Maruti Swift automatic is available in both petrol and diesel formats. The third-generation Maruti Suzuki Swift was launched in India at the Auto Expo, early this year in February and at the time of the launch, the Maruti Swift AMT system was only offered with the VXI, ZXI, VDI and ZDI variants.

Maruti Suzuki used this same strategy with the Ignis as well. Back then also the company launched the automatic option for the top-end variants of the Ignis, a few months after the actual launch. This also allows the carmaker to keep the buzz alive for a longer time. 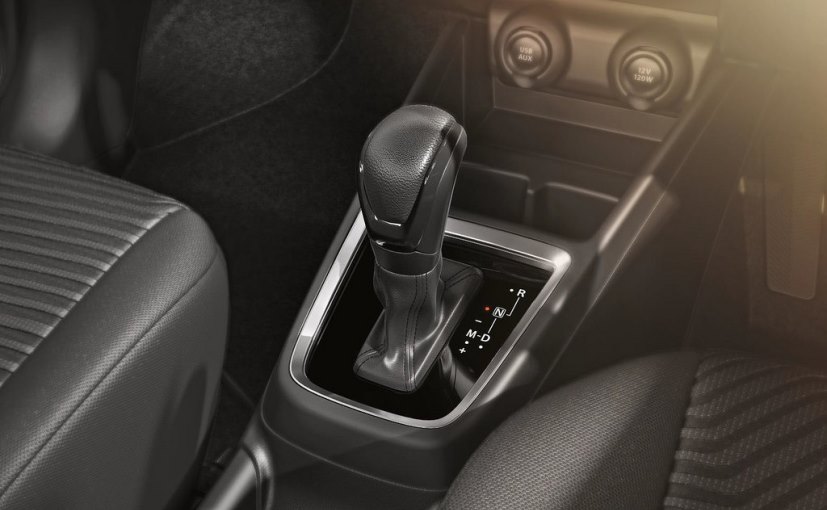 Initially, only the VXI, ZXI, VDI and ZDI variants of the new Maruti Suzuki Swift came with AGS

Introducing the Maruti Suzuki Swift AMT or AGS in the top-variants, R. S. Kalsi, Senior Executive Director (Marketing & Sales), Maruti Suzuki India said, "Swift has always scored high on customers' expectations. With the latest evolution, the all-new Swift has reached the next level of customer delight. AGS has been very well appreciated by our Swift customers. We had customer feedback seeking convenience of AGS in the high-selling top-end variants. Accordingly, we are now offering AGS in the top-end ZXI+ and ZDI+ variants. This will further strengthen the brand Swift and enhance the popularity of Maruti Suzuki's acclaimed two-pedal technology."

The new-gen Maruti Suzuki Swift is based on the company's new Heartect platform and along with all-new design and styling, the car is now also a lot more equipped and feature loaded. The top-end ZXI+ and ZDI+ variants, in particular, come with features like LED Projector headlamps, with LED daytime running lights and auto headlamps function. The top-end trims also feature precision cut two-tone alloy wheels, reverse parking sensors with camera, and the smartplay infotainment system that comes equipped with Apple CarPlay, Android Auto and navigation, with voice command, among others.

As mentioned earlier, under the hood, the top-of-the-line trims of the Maruti Swift AMT, is offered in both petrol and diesel versions. The former is powered by a 1.2-litre K-Series petrol engine that makes 83 bhp and 113 Nm of peak torque. The diesel version, on the other hand, gets the tried and tested 1.3-litre DDIS oil burner that makes 74 bhp and 190 Nm of peak torque. Transmission options, of course, include the 5-speed AMT or AGS system, while the manual version gets a 5-speed manual unit.