The new MG Hector is slated to make its global debut in India, on May 15, while the official launch is likely to take place in the following months. MG Motor is all set to unveil the Hector SUV in India and yes it's a global reveal for the company. This latest spy photos show us what the MG Hector looks like ahead of its global reveal on May 15 in India. The line-up of colours on offer appears to be quite extensive but the range that you see here is probably not the entire colour palate on offer. As you can see, there's one in brown which looks similar to the 'Phantom Brown' which is available on the Toyota Fortuner. As we move ahead, we see shades of red, silver and even a white. From what we can see, all the SUVs that we see here are the top-spec variants because of the chrome that is splashed on the car. We see the models get features like LED daytime running lamps, large black mesh grille, low-mounted twin LED projector headlamps, and a larger central airdam with silver surrounds. The SUV also gets black plastic cladding along the bumper, wheel arches and side body. We do not get to see the rear section of the SUV here, but based on the previously seen test mules, the MG Hector will feature a rear spoiler, shark-fin antenna, and a rear windshield wiper, along with a pair of LED taillamps, and a muscular rear bumper with silver skid plate. The MG Hector is seen here in shades of red, silver and even a white

While we wait to know more about the MG Hector, what we do know is that it comes with a whole bunch of features, in fact, it is the first connected car in that segment. With features like power adjustable seats, cruise control, electronic parking brake, and a 360-degree camera, the company plans to outdo its rivals in this segment namely the Jeep Compass and the Hyundai Tucson. We also know that the SUV will come with a panoramic sunroof, which the company claims will be the largest in the segment. 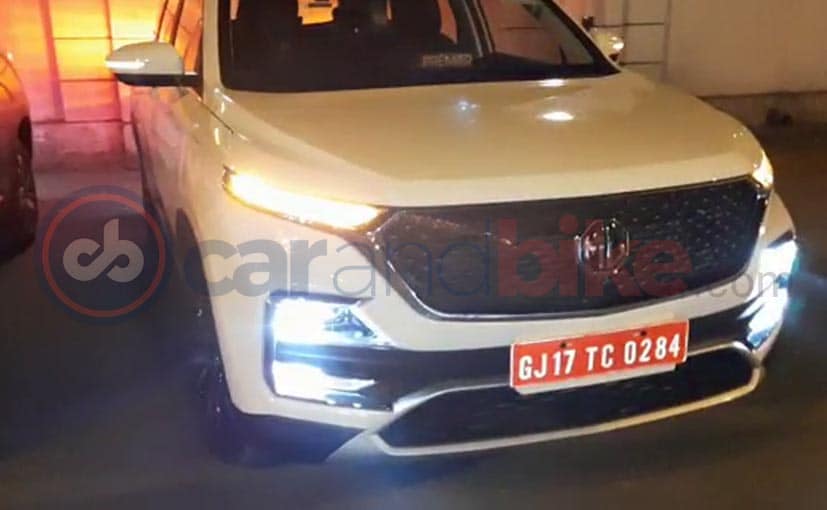 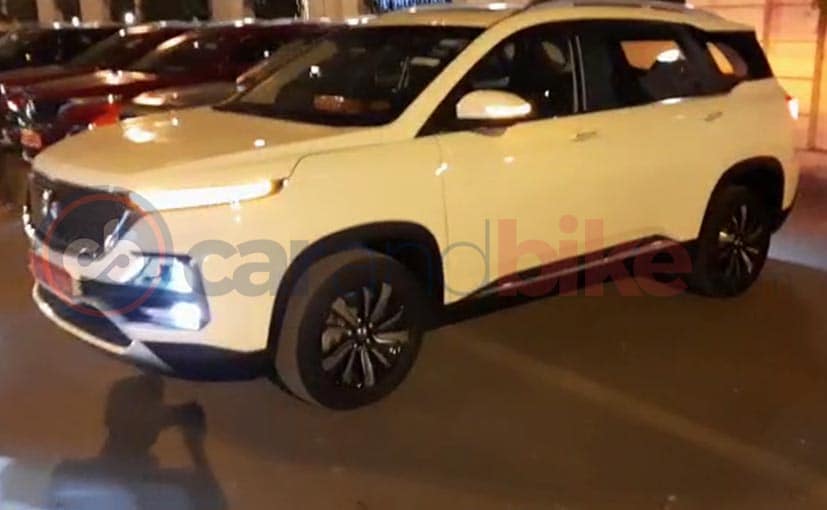 As far as engine options go, expect the Hector to be available with both a petrol and diesel powertrains - 1.5-litre petrol engine and a 2.0-litre diesel motor. The latter is the Fiat-sourced oil burner that was introduced in the Jeep Compass. Transmission options could include both manual and automatic option.