The new spy photos of the 2021 Mahindra Scorpio give us a closer look at the new cabin which gets a new design with more premium features and a flat-bottom steering wheel. 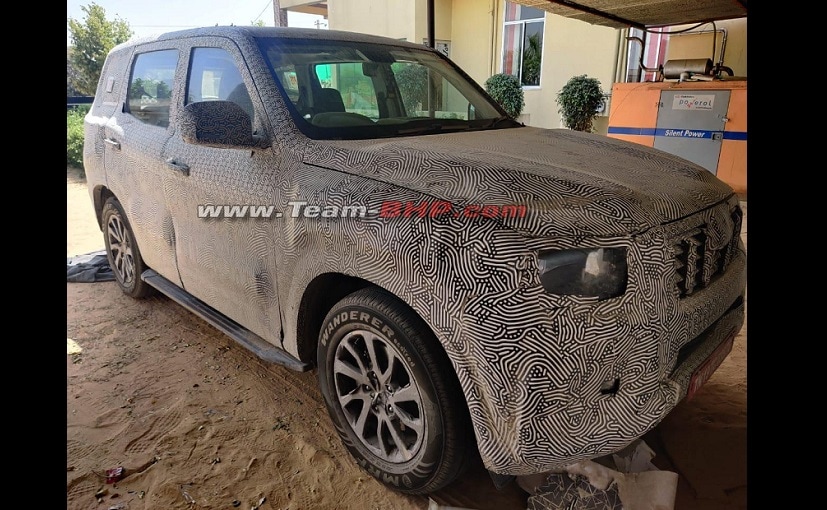 The upcoming new-generation Mahindra Scorpio has been spotted yet again, and while the exterior of the SUV is still heavily camouflaged, this time around we do get a clean look at the SUV's cabin. Unlike in one of the previous spy photos, this time the interior is not fully camouflaged revealing the new dashboard and centre console. Interestingly, several of the elements and equipment used here are similar to what we have already seen in the test mules of the upcoming XUV700. The new-gen Mahindra Scorpio is expected to be launched in India later this year.

Like the existing Mahindra Scorpio, the new-gen model will also get a flat dashboard with vertical air-con vents. We get to see a touchscreen infotainment system at the centre with a bunch of buttons below for in-car controls, including the climate control system. The Scorpio also comes with a large instrument cluster along with a new flat-bottom multi-functional steering wheel same as the one on the upcoming XUV700. The centre console features a large lever for the emergency brake, and we get a leather-wrapped gear lever as well, which in this case is an automatic unit. 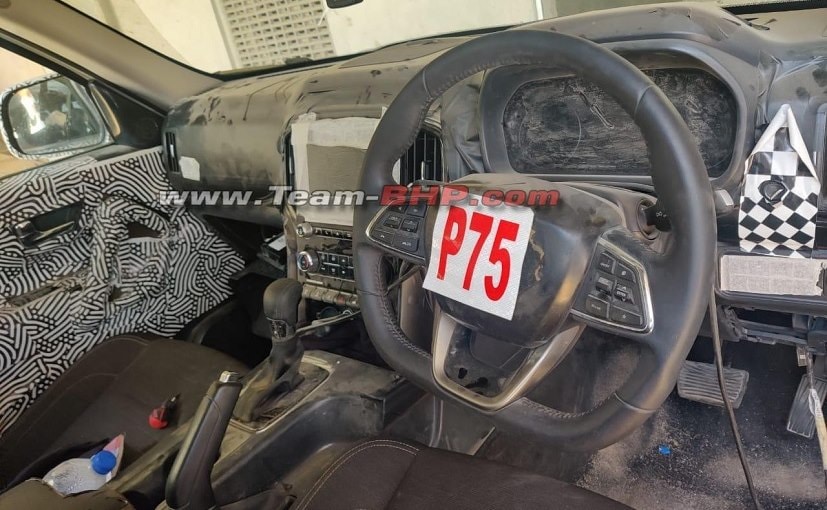 As for the exterior, based on the exposed sections, the new-gen Scorpio appears to be nearing the production stage. The prototype model is seen with several production parts like the double-barrel headlamps, the 7-slot grille, muscular front bumper and new alloy wheels. In fact, the model in the photos could be the top-spec variant of the new-gen Scorpio. The SUV will also come with a sunroof, roof rails, LED taillights and more.

Under the hood, the new-gen Mahindra Scorpio will be powered by the company's latest 2.0-litre mStallion turbo petrol engine that debuted on the Thar earlier in 2020, and it can produce 150 bhp and up to 320 Nm of peak torque. It will also get the updated BS6 compliant 2.2-litre mHawk diesel that develops 130 bhp and 320 Nm of peak torque. The new version is likely to come with a 6-speed manual and an optional 6-speed torque convertor automatic unit.