The Nexon was up against the likes of Audi A5, Hyundai Verna, Jeep Compass, Maruti Suzuki Ignis and Renault Captur, but managed to beat all of them by a heavy margin to win the prestigious award. Every year, the best looking car wins the design of the year award at the NDTV CarandBike Awards, and this year was no different. The most beautiful looking car that was launched this year was none other than the Tata Nexon compact SUV, as it managed to get the highest number of votes from our jury members. The Nexon was up against the likes of Audi A5, Hyundai Verna, Jeep Compass, Maruti Suzuki Ignis and Renault Captur, but managed to beat all of them by a heavy margin to win the prestigious award. 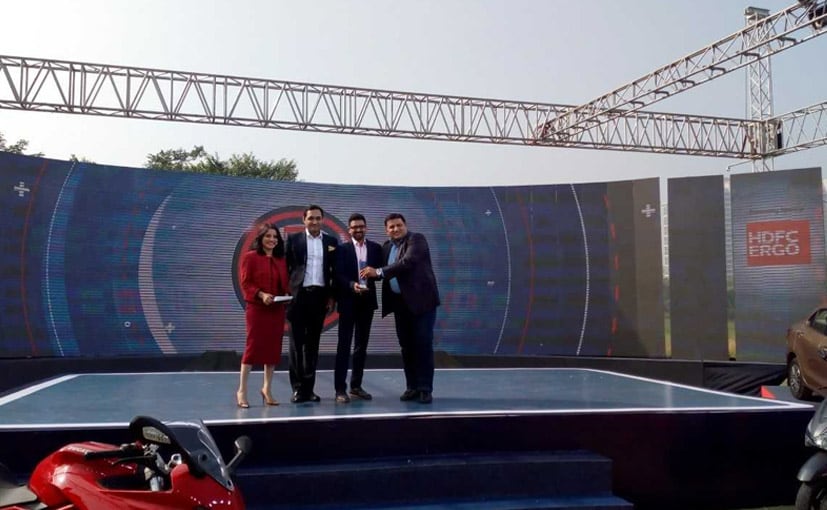 (Tata Nexon Bags The Four-Wheeler Design Of The Year Award)

Taking over the throne from Volvo S90, the Tata Nexon managed to secure maximum votes from the jury for three key reasons. Firstly, for the Nexon, Tata Motors has taken a very modern and contemporary design approach. Similar to vehicles from Europe, the Nexon had perfect proportions for a subcompact SUV, with bulges, curves and those very distinct white accents were spot on. This modern design language helped the Nexon differentiate from the pack. Secondly, Tata decided to experiment a little with the dual tone paint job and opted for a slightly classier grey instead. Tata chose a more subtle gloss black option on both sides and while those white accents might look too bold for some, it was bang on for our esteemed jurors. Lastly, the Nexon is conceptualised entirely by an Indian firm on a completely new platform. While the other designs of the finalists have been in the global market before coming to India, the Nexon is sort of a flagship product for the company, which has introduced the IMPACT design philosophy for all its new cars, starting from the Tiago. The jurors appreciated the effort taken by the Indian company on producing something that has no cues from any other product in the market, is something that the jurors thought gave the Nexon the upper hand.

Moving on to the next set of awards.

The 2018 CNB Design of the Year Four Wheeler goes to the @TataMotors #Nexon pic.twitter.com/t31W74Vvww

On the inside as well, Tata Motors took all the clichéd features and threw it out the window. Like the exterior, the interior of the Nexon also has that contemporary touch that is missing from its competition in the market presently. With its big floating display in the middle of the dashboard, the infotainment is nicer as a general display. To give a cool touch, the Nexon comes with a wearable waterproof key wristband that can lock or unlock the door. All these factors counted for Tata Nexon to bag the four-wheeler design of the year award.