The 2019 Honda CRF450L is a boon sent for all those dirt riding enthusiasts. It is road legal as well. We do not see it coming to India any time soon. 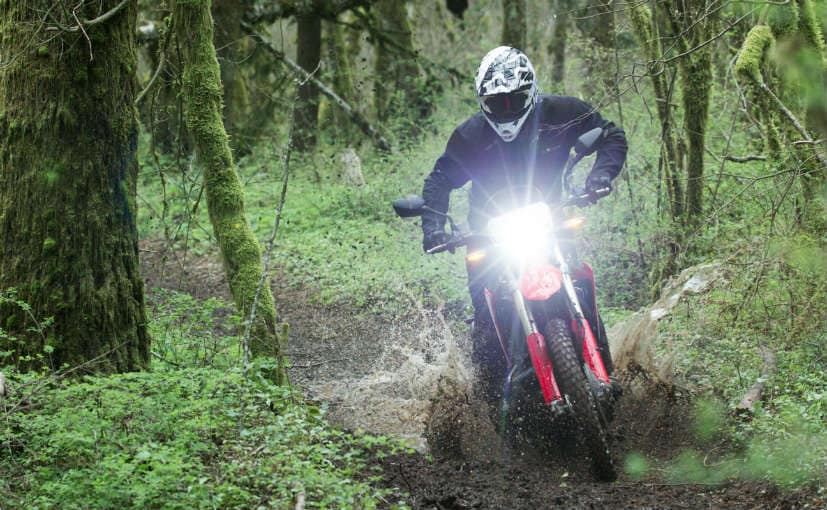 Honda has taken the wraps off its latest dual-sport offering, the CRF450L for international markets. It is properly road legal and a dirt bike at that as well. The CRF450L is based on the standard CRF450X dirt bike. The CRF450L gets a 449 cc single-cylinder engine four stroke engine. Honda has not revealed the power and torque figures of the bike yet. The bike features a six-speed transmission as well. The engine and the chassis are a straight lift from the CRF450X but of course get subtle mods to make it road legal. The mapping for fuelling and ignition are set for enduro style riding. 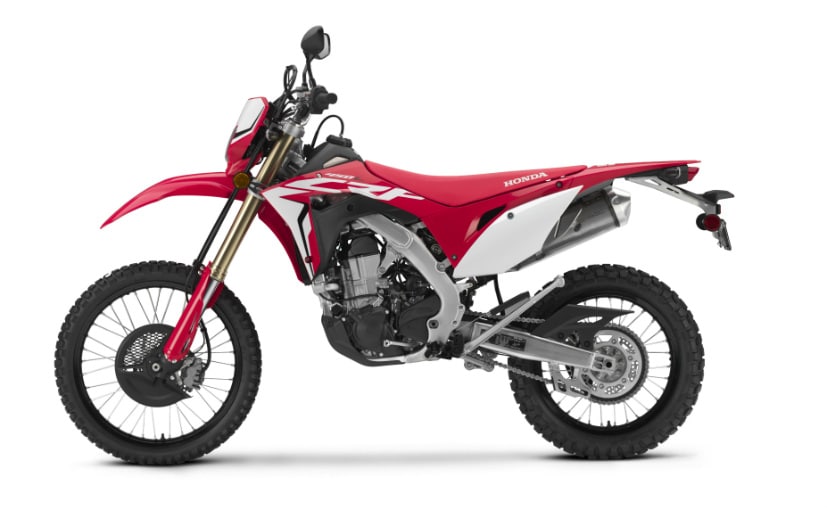 The bike also features a bigger titanium fuel tank with capacity of 7.6 litres. Honda says that the bike gets a new radiator along with a strong lithium-ion battery and an AC generator which supplies the LED lights on the bike with power. And you have standard stuff such as a stand, horn, rear-view mirrors and speedometer along with the LED tail lights which take the weight of the bike to a mere 131 kg. The bike will be a must have for enthusiasts who love riding on dirt. This also means that they can just ride the bike to the trails instead of towing them or putting them on the back of a pickup truck or something. Honda will soon start selling the CRF450L in USA and other European markets. As usual, we do not expect it to come to India. Not any time soon at least.