Own a Honda CB650R? Not happy with the way it sounds? Well, it seems like there might be a solution for it. Read on to find out how. 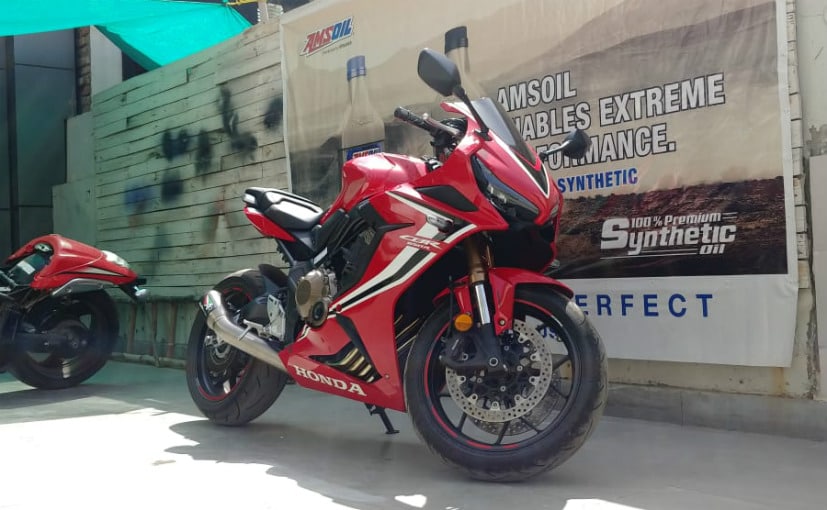 View Photos
The Austin GP1/R Exhaust kit weighs 1.2 kg while the stock unit on the Honda CB650R weighs about 10 kg

Honda Motorcycle Scooter India had launched the CBR650R a few months ago and it was to be a replacement for the Honda CBR650F. The motorcycle looks great and is one of the best middleweight fully faired sportbikes that you can buy in the country. It gets a 648 cc in-line four engine which makes about 87 bhp at 11,500 rpm and 60.1 Nm at 8,000 rpm. The engine is paired to a 6-speed gearbox. Now, the Honda CBR650R is a sweet motorcycle but there is a one tiny problem. It sounds too tame for a beast like itself. At least that is what a buyer from Delhi thought about his CBR650R and he wanted to do something about it! In comes Austin Racing with its GP1/R which not only sounds sweeter, sexier but also weighs lesser! Abhinav Bhatt, owner of a popular YouTube channel for motorcycles, a journalist and a two-wheeler aficionado captures it all in a video.

So, to give you a quick background, Austin Racing is a UK based manufacturer specialising in performance exhausts for premium motorcycles and it just so happens that the company has a slip-on option for a Honda CBR650R as well. So, the technicians at Speed Monks, a one-stop shop for servicing premium motorcycles took the CBR650R in question, took out the regular exhaust with a huge collector-box and replaced it with the Austin GP1/R. The collector box with the catalytic converter (Cat-con) inside area actually welded to the header pipes and had to be cut apart. Post the cutting, one simply needed to put the slip-on exhaust and tighten all the nuts and bolts. It is easier said than done though! 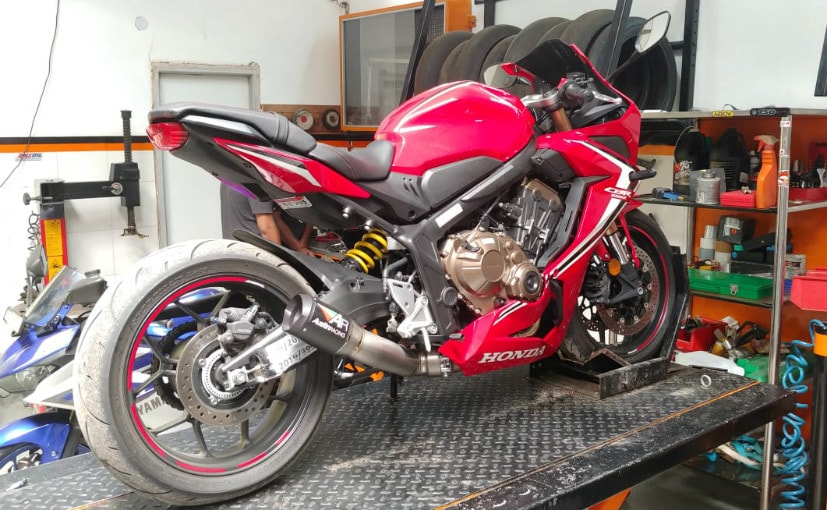 Technically, you have removed cat-con and in some states that might be illegal. But, check out the video for the difference in the exhaust note and then it would seem like a good idea. Plus, as bonuses, the weight of the motorcycle is reduced by about 7-8 kg and the standard exhaust weighs about 10 kg and the Austin GP1/R is just 1.2 kg. Plus, the boffins at Speed Monks say that there is a performance gain of 5 bhp. As far as the pricing of the Austin GP1/R is concerned, the good folks at Speed Monks will be able to help you out with that!