The new motorcycle will be made in India, and 100 per cent localised, and is expected to go up against segment leader Royal Enfield. Honda is strongly considering launching this motorcycle by 2020 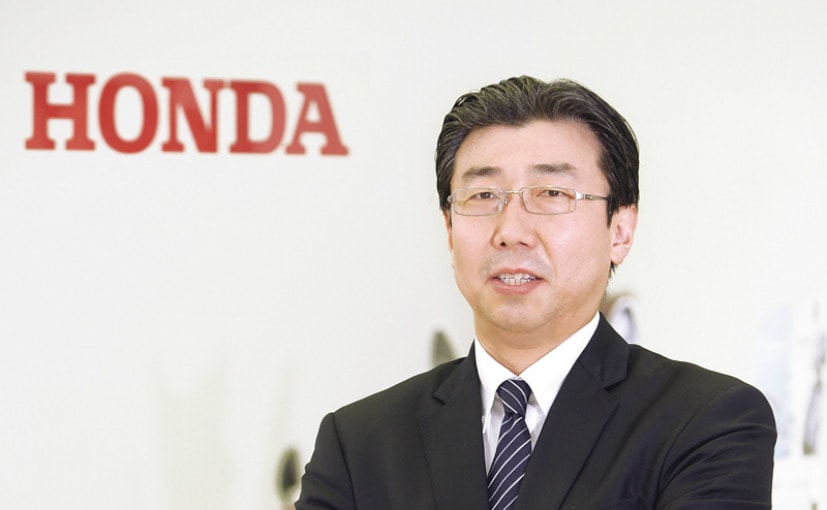 View Photos
Minoru Kato, Honda Two-Wheelers President and CEO said the new product will be 100 per cent made in India

Honda Motorcycle and Scooter India (HMSI) is planning an all-new motorcycle in the 300-400 cc category, HMSI President and CEO Minoru Kato told CarandBike. The new motorcycle will be 100 per cent made in India, and will be "completely different" from Honda's global products in this segment, Kato told CarandBike. Honda Two-Wheelers India President and CEO said that the company is looking at introducing the new model by 2020. Kato was speaking to CarandBike on the sidelines of the capacity expansion of Honda's largest two-wheeler plant at Narsapura, near Bengaluru.

"Honda has many products in the line-up in the middleweight capacity of 300 cc or 400 cc products in other countries. But if you look at the price range in this country, our competitors' strategy is amazing; it's very difficult to compete. If we introduce a product from the existing line-up which is selling in other countries, it will be very difficult to compete, so we need to develop a new model to compete in this segment and it takes time," Kato told CarandBike to a question about the 300-400 cc motorcycle segment.

Honda is strongly considering the development of this motorcycle, but so far, the process has yet to take off, and will involve making the groundwork to make a highly competitive and high quality product. The HMSI chief told CarandBike that it will take two to three years to develop this motorcycle.

"We have strong intentions to start this project, and it will depend on the decision making process, which includes creating a concept, selecting the engine capacity, type, model, etc. It will be 100 per cent made in India, otherwise it's very difficult to compete from a cost-competitiveness point of view," Kato added.

The new bike is likely to be in the 300-400 cc segment and will take on established brands like Royal Enfield, which is the undisputed leader in the segment, accounting for 27 per cent of motorcycles in the up to ₹ 2 lakh price bracket. Royal Enfield currently sells an average of 57,000 bikes in this segment with its bestselling Classic 350 leading the sales volumes. The 250-400 cc motorcycle segment is one of the fastest growing segments, clocking growth of over 40 per cent over the past two years.

Also Read: Will The Honda XRE300 Be Launched In India?

Honda clearly has sights set on claiming the No 1 spot in the Indian two-wheeler market, and a product in this segment will not only help Honda get volumes in one of the fastest growing motorcycle segments but also help cement the company's place as a manufacturer of a diverse range of products in the two-wheeler space. So far, Honda's volumes in India have been largely led by the automatic scooter segment. The next target, Kato said, is to strengthen the rural network to make Honda's motorcycle sales as strong, and to become the No. 1 two-wheeler manufacturer by 2020.