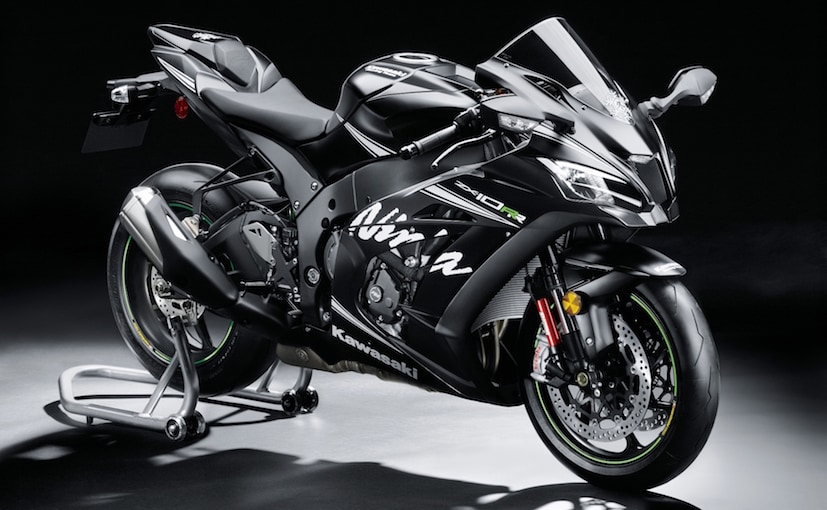 India Kawasaki Motors has introduced the ZX-10RR supersport motorcycle in the country with a price tag of ₹ 21.90 lakh (ex-showroom, Delhi). The Kawasaki ZX-10RR is a limited edition offering globally with production restricted to only 500 units, and a lucky few in India will now be able to get their hands on the track machine. Based on the Ninja ZX-10R, the 'RR' differentiates itself with more focused and sophisticated equipment on board for a focused track-spec riding experience as well as the matte black paint job, justifying the premium price tag.

Coming to the extensive feature upgrade, the Kawasaki ZX-10RR gets KQS quick-shifter that automatically matches the revs to the engine allowing clutchless shifts and avoiding rear wheel lock. The 998 cc engine has seen a host of upgrades including carbon-coated tappets, a stronger crankcase for better durability. Kawasaki is also offering race kits for improved performance on the ZX-10RR. There are also high-lift camshafts on offer along with a modified cylinder head, which open the valve by 0.7 mm. The manufacturer has narrowed the coolant passage between the cylinders and the bottom of the cylinders have gained additional thickness to incorporate race-spec pistons, in a bid to withstand high stress. 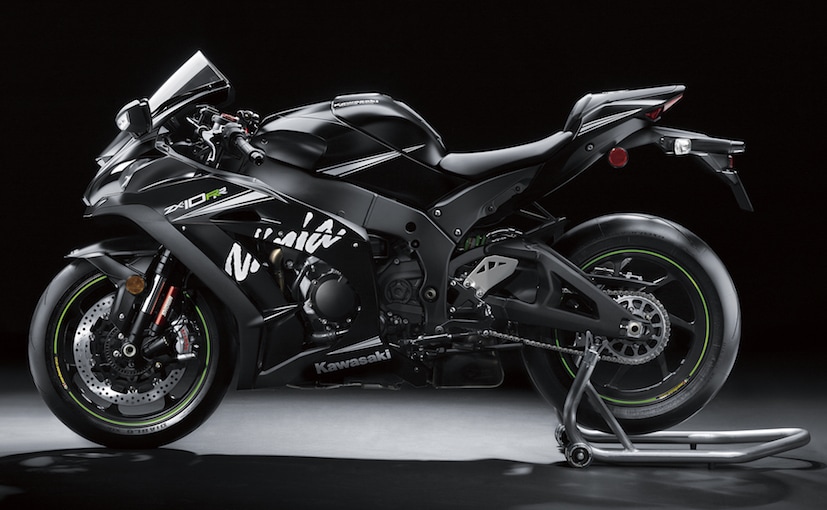 Production is globally limited to 500 units

In terms of power output, the litre-class motor continues to belt out the same 197 bhp at 13,000 rpm (207 bhp with Ram-Air) and 113.5 Nm of torque available at 11,500 rpm. Power is transmitted to the rear wheel via a 6-speed transmission. The Kawasaki ZX-10RR uses the very sticky Pirelli Diablo Supercorsa SP tyres that are wrapped in 7-spoke forged aluminium alloy wheels in a bid to keep the weight low. The tech wizardry from the standard version has been carried over on the RR including the Bosch Inertial Management unit (IMU), 5-stage traction control and 3-stage launch control.

0 Comments
Given the changes, Kawasaki says the upgrades have made the ZX-10RR a good 2 seconds faster on the company's official test track in Kumamoto, Japan. The bike maker has not revealed as to how many units have been allotted for India out of the limited 500 examples that will be ever made. The street-legal track-spec ZX-10RR is the first launch of the Japanese bike maker in the country and Kawasaki is expected to bring more models later in the year including the Z900 (Z800 replacement), new Z650 (Er-6N replacement) and the new Ninja 650. All three models were showcased at the EICMA Motorcycle Show in Milan last year.

Suzuki GSX S1000F
₹ 12.7 Lakh *
View More
Subscribe to Our Newsletter
Over 1.5+ Lakhs subscribers
Thank you for Subscribing to Us